Last season’s finale might just be the biggest cliffhanger in the show’s history. Nick (George Eads) had quit the CSI team; Finlay (Elisabeth Shue) is in the arms of the enemy, and D.B Russell’s (Ted Danson) granddaughter had been kidnapped.

Last season’s finale might just be the biggest cliffhanger in the show’s history. Nick (George Eads) had quit the CSI team; Finlay (Elisabeth Shue) is in the arms of the enemy, and D.B Russell’s (Ted Danson) granddaughter had been kidnapped – all because of their nemesis McKeen (Conor O’Farrell), who had also shot Warrick Brown (Gary Dourdan) in cold blood in Season 8.

What is most chilling is that the chaos within the team has been orchestrated by McKeen from prison, a puppet master pulling the strings within the Las Vegas Police Department. Russell’s appearance in the last season had been a stabilizing force within the team, but now the same man who has brought the CSI family back together is in danger of unraveling. 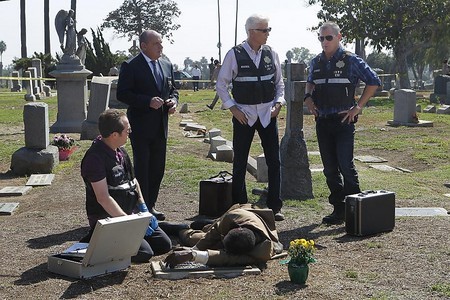 Executive producer Don McGill teases the dramatic tension in the premiere episode, which opens one second after where Season 12 left off. “We will see him (Russell) with a gun in his hand for the first time. We will see this man of science, wisdom and rationality pushed to the edge – kind of like ‘Cape Fear’ – all to get his granddaughter back.” Russell’s despair is further deepened by his dwindling trust in his colleagues.” Adds McGill, “We have a moment where Russell basically looks at the sea of cops and realizes there’s no one he can trust except for our guys and [Captain] Brass’ people.” 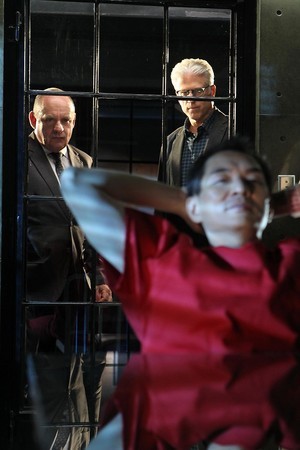 Russell’s family might not be the only ones in jeopardy. Having quit the force impulsively, Nick’s life might be in danger, especially with his connection to the shooting of McKeen’s son. Moreover, Finlay’s shady date, Detective Crenshaw (Billy Magnussen), might just be playing for the other side, and if things go wrong, we might just get to see more of Finlay’s action chops! 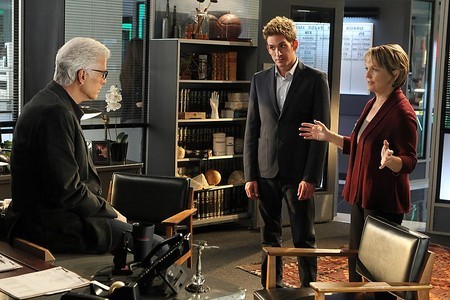 For fans of Jorja Fox’s character, Sara Sidle, who rejoiced when she returned to the series on a full-time basis last season, there is more good news this year. The show will put Sidle out in the forefront in more story arcs this season, beginning from the premiere episode. There might also be opportunities to delve into the Sara/ Grissom (William Petersen) long-distance relationship and who knows, fans might be able to see Petersen return as a guest star in an upcoming episode.

With more than 12 seasons under its belt, the series has certainly done something right, with more than 63 million viewers around the globe tuning in. In 2012, it has once again proven itself to be ‘The Most Watched Drama Series in the World’, as awarded by the prestigious Monte Carlo TV festival, marking the fifth time the series has been presented this honor for the past seven years. See it for yourself in Season 13 of CSI: Crime Scene Investigation this February 6 (Wednesday) 10PM on AXN!