If you're the kind who need to plot your binge-watching schedules during the Holiday season, worry not, because we're giving you a rundown of the most awaited shows and films launching on Netflix this December!

If you're the kind who need to plot your binge-watching schedules during the Holiday season, worry not, because we're giving you a rundown of the most awaited shows and films launching on Netflix this December!

Directed by Mikhail Red, the film follows a socially-awkward teen who befriends a group of misfits who are planning to kidnap and take out their rich and arrogant schoolmate. Things take a turn when their kidnapping scheme gets deadly. Dead Kids star Sue Ramirez, Khalil Ramos, Markus Paterson, Vance Larena, and more.

A Christmas Prince: The Royal Baby
Launches on: December 5

The third film to the A Christmas Prince trilogy, the film is set during Christmastime in Aldovia. While Queen Amber and King Richard are waiting for the arrival of their first child, they must first host King Tai and Queen Ming to renew their 600-year-old truce. However, when the treaty goes missing, Amber will have to figure out who the thief is before midnight or peace will be jeopardized. The film stars Rose McIver, Ben Lamb, Kevin Shen, and Momo Yeung.

From the Academy Award-winning director Noah Baumbach comes Marriage Story, a love story set in the midst of its breakdown. The film, which stars Adam Driver and Scarlett Johansson, is said to paint a portrait showing a marriage breaking up and a family staying together.

6 Underground is directed by Michael Bay and tells the story of 6 vigilantes from all over the world who fakes their death to delete their past and change their future. Led by their leader (played by Ryan Reynolds), their mission is for their actions to be remembered even though their names aren't. Joining Reynolds in the cast are Melanie Laurent, Corey Hawkins, Adria Arjona, Manuel Garcia-Rulfo, Ben Hardy, Lio Raz, Payman Maadi, and Dave Franco.

Crash Landing On You
Launching on: December 14

Crash Landing On You stars Hyun Bin and Son Ye Jin in a drama about a successful fashion and businesswoman who meets North Korean military officer Lee Jung Hyeok when she crashes in North Korean territory while paragliding.

The Two Popes
Launches on: December 20

Directed by Fernando Meirelles, the Academy Award-nominated director of City of God, The Two Popes chronicles the story of one of the most dramatic transitions of power in 2000 years. Frustrated with the direction of the church, Cardinal Bergoglio requests from Pope Benedict to retire. Instead of granting his request, he is invited to Rome, where they talk about the secret that would shake the foundations of the church. It stars Jonathan Pryce and Anthony Hopkins.

The Witcher
Launches on: December 20

The Witcher is based on the bestselling fantasy series of fate and family. It's about the monster hunter who is struggling to find his place in a world where people are more wicked than beasts. However, when he encounters a powerful sorceress and a young princess, he must learn to work with them and navigate the Continent together. The show stars Henry Cavill, Freya Allan, Anya Chalotra, Jodhi May, and more.

You, Season 2
Launches on: December 26

The show's second season will now see Joe moving cities, to the City of Angels, as he hopes to live a new life while escaping his long-lost ex-girlfriend Candace (played by Ambyr Childers).  Fresh out of an intense relationship, he meets and falls in love with Love, a new woman who he encounters at his workplace, and we can only wonder if it's the real thing this time, or if history is only going to be repeating itself.  The show stars Penn Badgley, Victoria Pedretti, James Scully, Carmela Zumbado, Jenna Ortega, and more.

PrevPreviousThe Big, Wonderful, and Very Strange Heart of ‘Last Christmas’
NextHenry Cavill is Coming To Manila For Netflix’s ‘The Witcher’ This December!Next 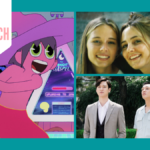 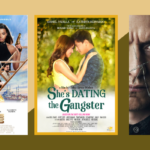