CGI Aside, Netflix Film ‘The Irishman’ is a Masterwork of Cinema

‘The Irishman’ is as good as everyone says it is. The restraint, the control, the precision of its narrative frame -- all of this coupled with spectacular performances truly marks another truly amazing movie by a master director.

I want to say that everything about Martin Scorsese’s ‘The Irishman’ is perfect. Because it certainly feels like it: from Steven Zaillian’s screenplay (based off Charles Brandt’s book ‘I Heard You Paint Houses’); to the magnificent ensemble acting that features Robert De Niro, Al Pacino, Joe Pesci, and more; to Scorsese’s subdued, quiet directing style; and everything else. Except the CGI effect that was used to de-age the actors to help tell this sprawling story of crime and regret and loyalty that unfolds within four decades. 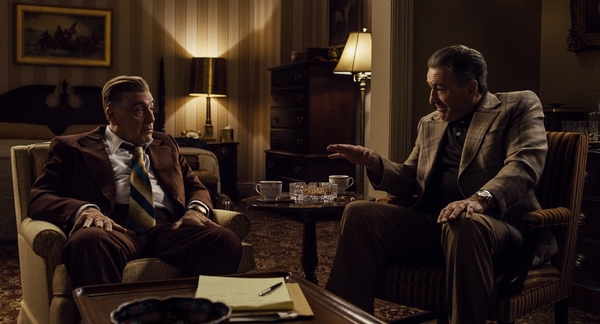 Let me talk about the bad first just to get it out of the way before I start singing the film’s many praises. I understand the need to use the main stars from beginning to end; to have De Niro, Pesi, and Pacino play these characters all-throughout this film’s timeline. And they are all awesome in it (more on that later) and for them to be able to build these characters and to help express their changes over time is a marvel to watch. But the CGI effects can be very distracting and confusing.

The narrative jumps back and forth through time and the aging effects are not as sharp or precise as you would want it to be so it can take you a few minutes after every jump to settle into the timeline and relationships. The most prominent changes are De Niro’s whereas Joe Pesci’s are barely visible until he reaches an advanced age which can become problematic in the storytelling because it isn’t linear. 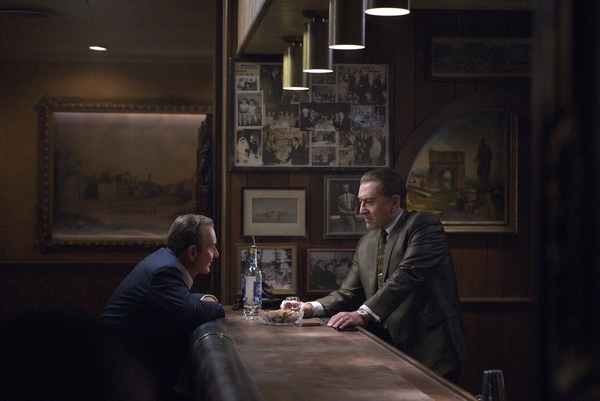 The most clear disadvantage to the de-aging effect is that even when the actors look younger than they actually are, there are a few instances when it’s obvious that they are not moving like 30 years old or 40 year olds. The gait and the posture sometimes gives it away. It breaks the realism. It takes you away for a moment.

But, once you reconcile with that, ‘The Irishman’ is really a master work. It’s an intimate, almost claustrophobic perspective of the life of a hitman in mob as he rises through the ranks, engages and becomes close with some mafia bosses, and his bonds with the man who brought him into this life, Russel Bufalino, and later on, with Jimmy Hoffa. 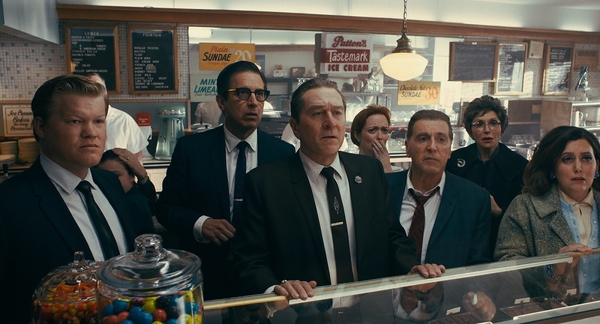 Charles Brandt’s book is non-fiction and the people in this movie are based on real people, including the eponymous Irishman, Frankie Sheeran, who Robert De Niro plays with an uncharacteristic everyman quality that we haven’t seen in a long time. De Niro is such a presence and larger-than-life and his “working man” aura that he imbues on Frankie is amazing. At the start, when Russel Bufalino brings him in, he plays tough but he shows deference in the slightest of gestures to the big mafiosos that he is surrounded by. But later, as he rises in the ranks and everyone knows who he is and what he is capable of, the gait changes. The confidence builds, but only by a little. He still knows exactly his place in this world.

And what a world Scorsese delivers to us. It’s the world of the mafia that we’ve seen in his other films like ‘Goodfellas’ and ‘Casino’ but this time, it’s completely de-glamorized. The focus isn’t on the power and the money, on how crime pays and then eventually steals your soul. ‘The Irishman’ is about what it takes to be a part of this world. It’s about the kind of relationships that you build with these criminals and they become your friends but they are also potentially your biggest enemies.

Al Pacino is right in his element playing the explosive Jimmy Hoffa. I’ve heard the name before and I’ve heard about what happened to him but I didn’t know anything else and this movie has opened up my views on how people have taken advantage of the working class through sheer charm and the promise of a better future. Pacino captures that appeal in every magnificent speech while showing the dual-nature of it all when he engages with the criminal elements behind closed doors. 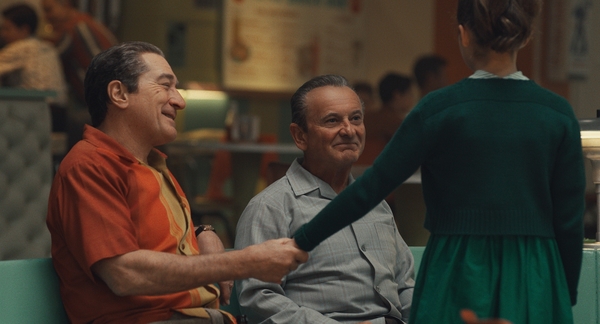 While everyone is delivering amazing performances left and right, it’s Joe Pesci who is the clear stand out here (in an ensemble of excellent performances) with a character that is a masterclass on the power of silence and stillness. His Russel Bufalino is stoic, never loses his cool, and has a handle over everything. It’s an amazing feat because as the stakes get higher and higher, his character remains constant and grounded, calculating the possibilities without moving an inch. There’s power there but it’s never shown.

‘The Irishman’ is so quiet, it hurts. Scorsese barely has any long shots, keeping everything as close to his characters as possible, really trying to get into their minds as they are constantly trying to hide what they really feel from everyone around them. In this world of criminals, showing your vulnerability is a dangerous game. And Frank is caught between his mentor Russel and his close friend Jimmy Hoffa and he’s torn in the middle. 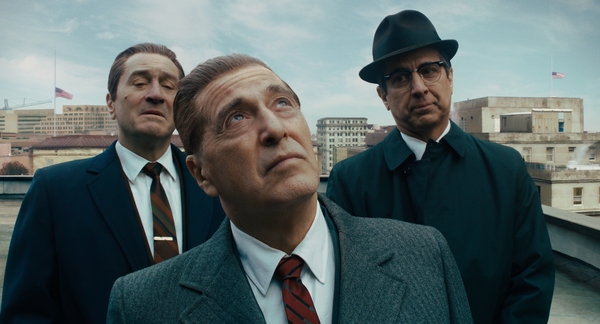 And this film becomes a statement about loyalty and things you have to sacrifice to lead this kind of life. The film shies away from melodrama and long outbursts of emotion (there’s barely any) but every scene is filled with meaning by what is not being said, by the doublespeak and the secret language that they used to never really having to actually say what they mean, it paints this picture of humanity that’s lost in the process of this kind of life.

‘The Irishman’ is as good as everyone says it is. The restraint, the control, the precision of its narrative frame — all of this coupled with spectacular performances truly marks another truly amazing movie by a master director.

The Irishman is now streaming on Netflix. Visit its official Netflix page.