Bong Joon Ho in Talks with HBO For ‘Parasite’ Miniseries

South Korean filmmaker Bong Joon Ho, fresh from receiving his Golden Globe award for Parasite, is now in talks with HBO for plans to adapt his multi-awarded movie into a miniseries.

In a report from THR, Bong will be teaming up with Adam McKay for the said limited series. This is after the top streamers underwent a bidding war to win the rights to the adaptation. In the end, it turns out that HBO, known for crafting hit TV series like Game of Thrones, Chernobyl, Big Little Lies, and more, became Bong Joon Ho's choice for his film's TV adaptation.

Since its world premiere at the Cannes Film Festival last year, Parasite has won a slew of awards which includes the Cannes' highest prize: the Palme d'Or award, the BIFA for Best Foreign Independent Film, and a Golden Globe Award for Best Foreign Language Film, to name a few. With numerous nominations from this year's British Academy Film Awards, Directors Guild of America Awards, and Producers Guild of America Awards, it is not unlikely that Parasite will have more honors to bring home this 2020. With the Academy Award nominees yet to be revealed, there's also the possibility for the film to be an Oscar contender.

Parasite is a genre-bending film about poverty, capitalism, and class warfare. Through forgery and deception, the poor but cunning Kim family gets employed by the wealthy Parks. While enjoying the luxury of the Parks' home, an unexpected incident occurs and the relationship between the two families takes a dark turn. It is yet to be revealed if the upcoming miniseries will be a remake with this same story or if it will be some kind of a sequel. 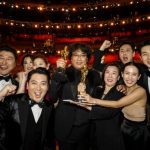 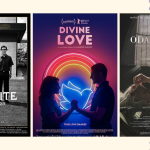 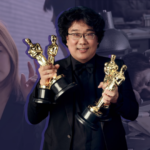