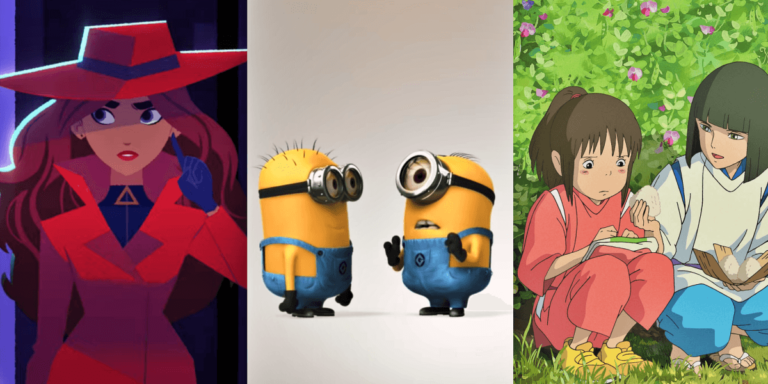 Here are some family friendly flicks perfect for your bonding time with the kids!

Looking for films that you could watch on your next family movie night?

On this list, we’ve rounded up some family-friendly animated films that are currently available on Netflix here in the Philippines! From an interactive heist to a battle of gnomes, these films can be packed with thrills, humor, and of course, a lot of heart. Check them out below!

Gnome Alone follows the high schooler Chloe who just moved into a new house with her mom. Here, she meets a group of garden gnomes who need her help in saving the world.

Despicable Me and its sequel are both available on Netflix. It tells the story of the genius villain Gru and his faithful yellow henchmen, the Minions, as they attempt to steal the moon from the sky. But the plan takes a turn when Gru suddenly becomes dad to three adorable orphans.

Spider-Man: Into The Spider-Verse

In 2019, this film won Best Animated Feature for numerous award-giving bodies including the Oscars and Golden Globes. It follows Brooklyn teenager Miles Morales who acquires the powers of Spider-Man. He is then visited by a bunch of Spider-Man counterparts and together, they must save the multiverse.

Monster House is the ideal film if you and your kids want some good thrills accompanied by good laughs. It follows teenagers DJ, Chowder, and Jenny as they battle a literal monster house in the hopes of destroying the structure before Halloween night serves it with innocent trick-or-treaters.

Klaus is a Christmas film that is so full of heart and humor, families can enjoy it anytime of the year. The worst student of the postal academy, Jesper, is sent to a frozen town where the feud between its citizens renders his services worthless. Jesper seeks out the help of the old toymaker Klaus and together, the two will launch a legend that will transcend time.

Spirited Away & Other Studio Ghibli Films

With its fantastic stories and top grade traditional animation, Studio Ghibli has really made its name known worldwide. One of their best films (if not the best) is Spirited Away. It centers around the 10-year old girl Chihiro, who must traverse a magical world in order to rescue her parents from the supernatural beings that turned them into pigs.

Carmen Sandiego: To Steal or Not to Steal

Carmen Sandiego: To Steal or Not to Steal is one of those interactive films on Netflix where you get to choose certain directions for the story. Here, the great Carmen Sandiego must once again save her friends Ivy and Zack from the clutches of the evil organization VILE by pulling off a heist.

A classic worth revisiting, now with your kids beside you, Anastasia centers around the missing daughter of Russia’s last czar. In order to win a handsome reward, two scheming Russians try to fool the Grand Duchess by bringing her an orphan girl with great resemblance to the long-lost princess. Little did they know that they actually found her.

Happy Feet is a musical comedy film set in a frozen land where a colony of emperor penguins live. Here, songs are sung to find one’s partner, but when the young penguin Mumble came out of his egg, he can’t sing a single note. Instead, he has a quirky love for tap dancing, which makes him an outcast. But after a remarkable journey with his newfound friends, Mumble learns to fully accept himself. Also watch Happy Feet 2 on Netflix.

The Breadwinner is a film you can watch with the more mature teens of the house. It is a moving and eye-opening tale about the 11-year old girl Parvana, who lives in a Taliban-governed Afghanistan. After her father gets wrongfully arrested, Parvana dresses up as a boy to find work and provide for her family.

Which film will you watch first?