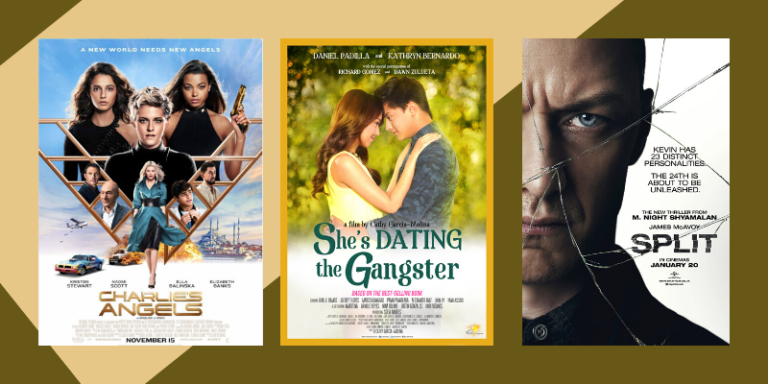 Isn’t it a bummer when you see your favorite movie already playing halfway through when you turn on the TV? Fret not! From rom-com and action to horror and thriller, we’re giving you a heads up on all the must-watch movies on TV from June 1 to 7, 2020.

1. The Grinch (2018)
(12:10pm, HBO)
The Grinch grows increasingly annoyed with the ever-growing festive cheer that engulfs the village of Whoville. So, he teams up with his dog to ruin the festive spirit by being a spoilsport.

2. Jumper
(12:45pm, Cinemax)
A genetic anomaly allows a young man to teleport himself anywhere. While he uses his powers to rob banks, he comes to the attention of the Paladins who intend to kill him.

3. Avengers Endgame
(5:55pm, FOX Movies)
After Thanos, an intergalactic warlord, disintegrates half of the universe, the Avengers must reunite and assemble again to reinvigorate their trounced allies and restore balance.

4. Dubai
(9pm, Cinema One)
After his parents passed away, Raffy swore to protect his little brother and find every possible way to fulfil their dream of migrating to Canada; however, their rivalry over a women threatens to destroy their bond.

1. Spider-Man
(6:15pm, HBO)
Peter Parker, a shy high school student, is often bullied by his fellow classmates. However, his life changes when he is bitten by a genetically altered spider and gains superpowers.

2. Ex With Benefits
(7pm, Cinema One)
Arkisha will do anything to keep her ex in her life.

3. Split
(9pm, FOX Movies)
Kevin, who is suffering from dissociative identity disorder and has 23 alter egos, kidnaps three teenagers. They must figure out his friendly personas before he unleashes his 24th personality.

4. Fight Club
(10pm, Cinemax)
Discontented with his capitalistic lifestyle, a white-collared insomniac forms an underground fight club with Tyler, a careless soap salesman. The project soon spirals down into something sinister.

1. Skyscraper
(12pm, HBO)
After Will Sawyer, who assesses security for skyscrapers, is accused of a blaze in the safest building in the world, he must prove himself innocent and save his family from the burning building.

2. No Other Woman
(7:00pm, Cinema One)
A woman discovers that her husband is having an affair with a customer’s daughter.

1. Maze Runner: The Scorch Trials
(11:55am, Cinemax)
Upon escaping the maze, Thomas and his friends are shifted to a facility run by Mr. Janson. When they realize his intent, they escape, only to face the scorching heat in a lifeless world.

2. The Emoji Movie
(3:10pm, HBO)
Gene, a multi-expression emoji, gets sentenced to be deleted after he messes up a message his user Alex sends to his crush. Gene escapes the agents sent to destroy him and accepts his uniqueness.

3. I Love You, Goodbye
(7:00pm, Cinema One)
A simple woman from a poor family meets a very wealthy, good-looking, and loving man.

1. She’s Dating The Gangster
(3pm, Cinema One)
Seventeen-year-old Athena Dizon unwittingly plays a trick on resident heartthrob and bad boy Kenji de los Reyes. All of a sudden, she finds herself pretending to be his girlfriend to make an ex jealous; however, she falls in love with him.

2. Kung Fu Panda 2
(5:20pm, HBO)
Dragon Warrior Po takes it upon himself to foil the plans of murderous peacock Shen who intends to conquer China and destroy kung fu. For this, Po has to unveil the mystery of his own past.

3. Miss Congeniality 2: Armed And Fabulous
(6:05pm, Cinemax)
After Miss USA and her companion get kidnapped, FBI agent Gracie goes undercover to Las Vegas for investigating the case. She decides to find them on her own even if it means disobeying direct orders.

4. Wreck-It-Ralph
(7:10pm, FOX Movies)
Ralph is tired of playing the role of a bad guy and embarks on a journey to become a video game hero. But Ralph accidentally lets loose a deadly enemy that threatens the entire arcade.

5. Guardians Of The Galaxy Vol. 2
(10:35pm, Cinemax)
After a successful mission, Quill and his team of galactic defenders meet Ego, a man claiming to be Quill’s father. However, they soon learn some disturbing truths about Ego.

1. The Social Network
(11:05am, HBO)
Mark Zuckerberg creates a social networking site, Facebook, with the help of his friend Eduardo Saverin. But soon, a string of lies tears their relationship apart even as Facebook connects people.

2. Rogue One: A Star Wars Story
(3:55pm, Cinemax)
Jyn’s father is forcibly taken by the Galactic Empire to help them complete the Death Star. When she grows up, she joins a group of resistance fighters who aim to steal the Empire’s blueprints.

3. Etiquette For Mistresses
(7pm, Cinema One)
Five successful women, Charley, Georgia, Ina, Chloe and Stella, share the same secret: they are having an affair with a married man.

1. Aquaman
(1:40pm, HBO)
Half-human, half-Atlantean Arthur is born with the ability to communicate with marine creatures. He goes on a quest to retrieve the legendary Trident of Atlan and protect the water world.

2. Unofficially Yours
(5pm, Cinema One)
Two friends (John Lloyd Cruz, Angel Locsin) share a casual sexual relationship until one falls in love with the other.

3. Charlie’s Angels
(5:40pm, HBO)
Natalie, Dylan and Alex are three beautiful and uniquely talented tough girls are given the task of finding the kidnapped owner of Knox Enterprises, Eric Knox, by their millionaire boss, Charlie.

4. Charlie’s Angels: Full Throttle
(7:15pm, HBO)
The Angels track down rings containing the names of those in the FBI’s witness protection program. However, the witnesses begin to get murdered one by one.

5. In Time
(8:10pm, Cinemax)
In a future where people stop aging after 25 and need to buy time to live, the rich become immortal while others cease to exist. So, Will is on the run with a hostage in a desperate bid to survive.