iflix, the world’s leading Internet TV service for emerging markets, offering subscribers unlimited access to thousands of TV shows, movies and more, is thrilled to premiere Emerald City, a fantastic reimagining of L. Frank Baum's The Wizard of Oz. From today, subscribers in the Philippines can now stream and download the first six episodes of NBCUniversal’s awesome new drama series, with new episodes fast-tracked from the United States every week, exclusively on iflix. Swept up into the eye of a tornado, 20-year-old Dorothy Gale (Adria Arjona) is transported to another world — a mystical land where an all-powerful ruler (Vincent D’Onofrio) governs over one kingdom, has outlawed magic, and faces not only the wrath of a growing cauldron of witches, but a looming disaster brought on by a mythical force. Directed by renowned filmmaker, Tarsem Singh, the epic, romantic and fantastical Emerald City is an empowering tale of a young woman finding her true strength and identity even as she battles to bring a divided world together. iflix Group Chief Content Officer, James Bridges, commented: “Emerald City is an epic, enthralling and much darker take on the world of Oz, brought to life for a new generation with director Tarsem Singh’s jaw-dropping, breathtaking visual flair. We’re thrilled once again to partner with NBCUniversal International Distribution to bring this epic series to viewers across Southeast Asia for the first time, exclusively on iflix.” Now available in Malaysia, the Philippines, Thailand, Indonesia, Sri Lanka, Brunei, the Maldives and Pakistan, iflix will continue to roll out its world-class service to key additional emerging markets in the coming months. Offering consumers, a vast library of top Hollywood, Asian regional, and local TV shows and movies including many first run exclusives and award-winning programs, each subscription allows users to access the service on up to five devices, including phones, laptops, tablets, and television sets, for viewing wherever, whenever. iflix subscribers can also download TV shows and movies from iflix’s extensive catalogue for offline viewing. The service is priced at only Php129 per month in the Philippines for unlimited access with no ads!

For new subscribers, iflix offers a complimentary 1-month trial with full access to its world-class service, features and content. Go to www.iflix.com to register. 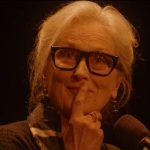 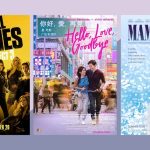