Heads up, Riverdale fans! The show is returning for its second season in just two days and we're all excited to see our favorite squad back for more mysteries and dramas!

Sure, Jason Blossom's murder has finally been solved after a whole season of speculating and figuring out who did what. But as one mystery closes comes another: Who shot Archie Andrews' dad, Fred? Which characters will be introduced in the upcoming episodes? And more importantly: Will the Bughead ship continue to sail this season?

We are giving you a roundup of 5 things we know so far on Riverdale's second season:

1. This upcoming season will be having 22 episodes!

Here we go. Season Two of #Riverdale is officially underway! Are you ready? pic.twitter.com/tPvMcRzv8t

Compared to the show's first season with only 13 episodes, Season 2 will be longer, which probably means that it's got more time and room for drama – maybe even more mysteries to solve!

Showrunner Roberto Aguirre-Sacasa has also  confirmed the titles of all the episodes this season, the first one being called A Kiss Before Dying. Follow him on Twitter if you want to see more of him spilling the deets on everything Riverdale.

2. Season 2 will be a lot darker than the first one.

Aguirre-Sacasa also hinted that this season will be darker and that it will be more "aggressive and suspenseful". The show will also be exploring the darker side of our favorite characters, including Archie Andrews (KJ Apa), who will most likely be seeking revenge after what happened to his father.

We'll also be seeing more of Dark Betty (minus the black wig, hopefully) as she deals with her personal conflicts. We can also expect to see a different Jughead, since the last time we saw him, he was given a leather jacket by the Southside Serpents.

3. A love triangle is (probably) brewing!

This season will be introducing Tony Topaz (played by Vanessa Morgan), a bisexual Southside Serpent who's described to be the female version of Jughead. If Jughead chooses to be a part of the Southside Serpents, she might be the one to help him familiarize with everything that's going on in their world. And that could mean trouble for the Bughead ship!

Fans of the show have also yet to find out whether or not a love triangle will be forming between Archie, Veronica, and Betty. We're almost sure it's not gonna happen though, especially since B and V promised not to let any guy get in the way of their friendship!

4. Hiram Lodge is released from prison!

Hiram Lodge a.k.a. the Richest Man in Riverdale who happens to be Veronica's (Camila Mendes) father is getting out of prison this season, and we could only imagine what kind of chaos he will be bringing to town. We know he's got a lot of tentacles scattered everywhere so planning something could easily be done if it's him. Is he a changed man after the time served in jail or is he still plotting something for our favorite characters? There's so many questions about this man, and we can only hope we get to know him better this time!

5. Fans of the show will be seeing a lot of new faces.

#Riverdale returns for Season 2 in 9 days on The CW. pic.twitter.com/WgdpI2YZK7

Aside from Mark Consuelos' Hiram Lodge and Vanessa Morgan's Tony Topaz, we'll be meeting new faces in the coming episodes! Charles Melton will be taking over the role of jock Reggie Mantle (previously played by 13 Reasons Why's Ross Butler) and Hart Denton will be portraying Chic Cooper, Betty and Polly's long lost brother. We don't know when they will be first appearing, so that's another reason to keep watching the show!

It's not long now, Riverdale fans! The show's second season drops tomorrow in the US but will be up for global streaming on Netflix on October 12! If you still haven't caught up with it yet, you've got two-days to binge-watch it here. Meanwhile, here's a sneak peek to keep you excited for what's coming: 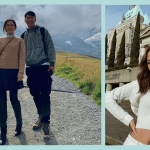 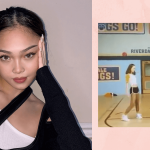 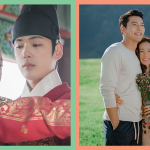