Strength comes through struggle in season two of "The Crown", launching on Netflix globally Friday, December 8. Netflix has debuted the official trailer and key art for the new season.

Strength comes through struggle in season two of "The Crown", launching on Netflix globally Friday, December 8. Netflix has debuted the official trailer and key art for the new season.

Remember, history was not made by those who did nothing.

About The Crown Season Two:
The Crown, a Netflix original series, tells the inside story of Queen Elizabeth II's reign, as the fragile social order established after the Second World War breaks apart. Based on the award-winning play, The Audience, the series reunites creator/writer Peter Morgan (The Queen, Frost/Nixon) with director Stephen Daldry (Billy Elliot, The Hours) and producer Andy Harries (The Queen).

Beginning with soldiers in Her Majesty’s Armed Forces fighting an illegal war in Egypt, and ending with the downfall of her third Prime Minister, Harold Macmillan after a devastating scandal, the second season bears witness to the end of the age of deference, and ushers in the revolutionary era of the 1960s.

The Crown continues to chronicle the major political and global events that have defined and shaped the second half of the twentieth century – a series that is unprecedented in its scale, ambition and creative vision. 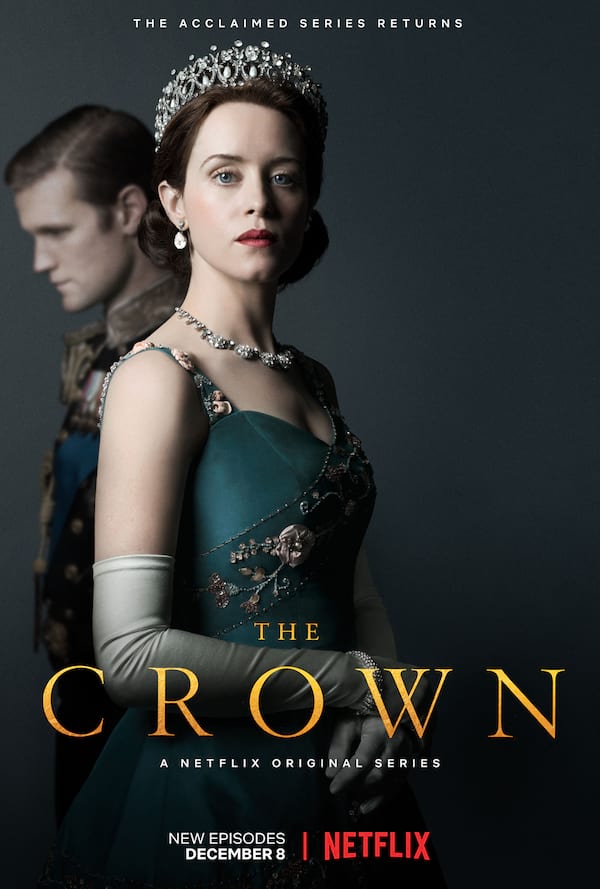 About Netflix:
Netflix is the world's leading internet entertainment service with over 109 million members in over 190 countries enjoying more than 125 million hours of TV shows and movies per day, including original series, documentaries and feature films. Members can watch as much as they want, anytime, anywhere, on nearly any internet-connected screen. Members can play, pause and resume watching, all without commercials or commitments.

The Official Trailer to Season 3 of 'The Crown' Is Here!

The third season of the Netflix series launches globally this November!

'The Crown' Returns For Season 3 On Netflix This November!

The official release date was announced last night, with a 20-second teaser which gives us a glimpse of Olivia Coleman as Queen Elizabeth II!

5 Things to Know About the Second Season of 'The Crown'

Whether you're already done binge-watching the show or are just about to, we're giving you 6 facts on the latest season of The Crown:

WATCH: A Featurette on Margaret and Tony's Romance in 'The Crown'

In a new featurette called "Margaret & Tony", Kirby and Goode talk about the two characters, and how they developed their chemistry throughout the season.
0