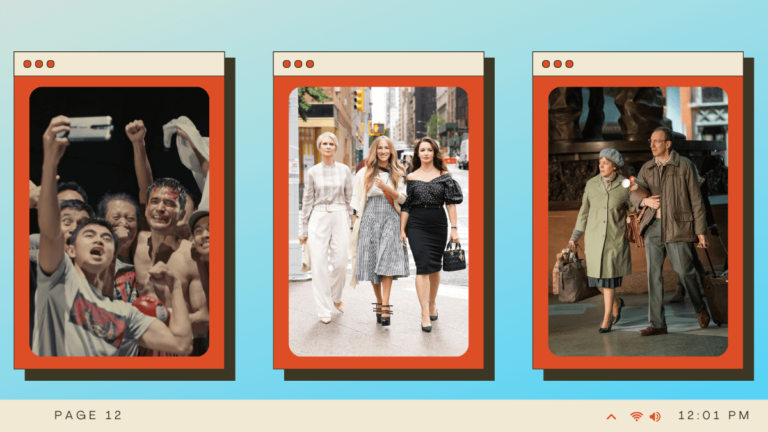 Which of these HBO Go titles are you looking forward to watching this December?

Are you always on the lookout for new shows and movies to stream? HBO GO has it covered! From award-winning comedy series and fantasy action drama to new seasons of existing series, there are just so many to look forward to this December on the streaming platform.

Inspired by real events, it tells a unique love story set against the unlikely backdrop of murder. Follow the blossoming relationship between a seemingly ordinary British couple who become the focus of an extraordinary investigation following the discovery of two dead bodies in the back garden of a house in Nottingham.

In this MAX original, fans of Sex and the City get to see Carrie, Miranda, and Charlotte embark on the next phase of their lives. Now in their 50s, life and friendship remain just as complicated for these glamourous and seasoned New Yorkers.

Inspired by the true story of Naozumi Tsuchiyama, a Japanese man who dreams of becoming a professional boxer. Despite having a prosthetic leg and the odds stacked against him, he travels to the Philippines to pursue his ambition.

A limited drama series based on Emily St. John Mandel’s international bestseller, this post-apocalyptic saga spans multiple timelines. In the wake of a devastating flu outbreak, survivors attempt to rebuild and reimagine the world anew while holding on to the best of what’s been lost.

Ten men who have ‘lost their magic’ come together to compete for a cash prize or the chance to perform on the Magic Mike Live stage in Las Vegas. Sexy and exhilarating, the men strip off their clothes as well as their emotional baggage in an attempt to regain their male mojo and transform their lives.

In this documentary, Ollie, and Zoe from New Zealand who are soon-to-be-married decide to open up their relationship before saying “I Do”. This experiment to explore alternatives to monogamy reveals jealousy, threesomes, and vulnerable conversations that force them both to address hard truths about their relationship and ultimately face the surprising implications of their experiment.

Cassie’s perfect existence hides a dark secret identity. On the surface, is a demure young lady but she is also wickedly smart and tantalizingly cunning, which she uses to good effect in her secret double life. Now, an unexpected encounter is about to give Cassie a chance to right the wrongs from the past.

Mike Milo, a former rodeo star and washed-up horse breeder takes a job to bring the young son of his ex-boss home from Mexico. Forced to take the backroads on their way to Texas, the unlikely pair faces an unexpectedly challenging journey. Along the way, the world-weary horseman finds unexpected connections and his own sense of redemption.