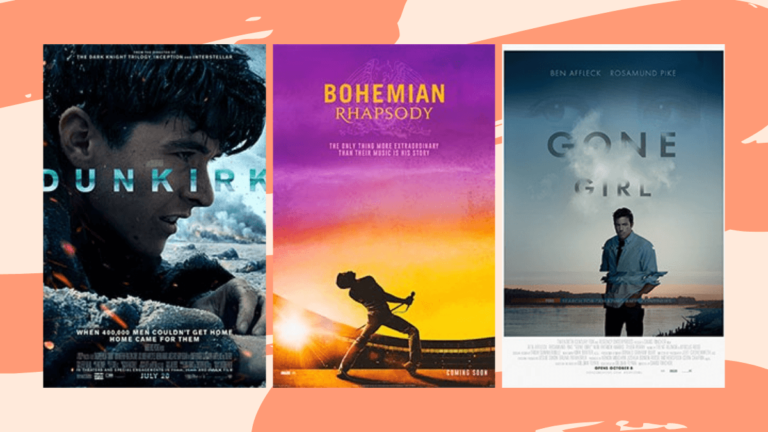 Love films, but don’t know which ones are showing at a certain time? We got you covered! We’re giving you a rundown of some of this month’s must-catch films on HBO if you’ve been wanting to plan your movie nights ahead of time! Here are films to catch on HBO for the month of December:

Set during the World War II, soldiers from Belgium, the British Empire and France are surrounded by the German army and they must evacuate Dunkirk before the Nazis take over.

A vacuum repairman moonlights as a street musician and hopes for his big break. One day a Czech immigrant, who earns a living selling flowers, approaches him with the news that she is also an aspiring singer-songwriter. The pair decide to collaborate, and the songs that they compose reflect the story of their blossoming love.

A man’s wife goes missing, the victim of an apparent kidnapping. As the investigation and the media coverage uncovers more details, it becomes clear that there are deep secrets within their marriage that offers up a different story.

Peter Parker tries to balance his life as an ordinary high school student while fighting crime as Spiderman with the help of his mentor, Tony Stark. Vulture, a new villain, emerges and everything Peter values most will be threatened.

A biographical film about the British rock band Queen, focusing on lead singer Freddie Mercury’s life leading to the band’s performance at Wembley Stadium in 1985.

Jo March reflects back and forth on her life, telling the beloved story of the March sisters – four young women each determined to live life on their own terms.

Humanity must pin its hopes on a gigantic monster to combat creatures threatening to destroy all of civilization.

When a few objects that can be manipulated and used as weapons in the future fall into the wrong hands, a CIA operative, known as the Protagonist, must save the world.