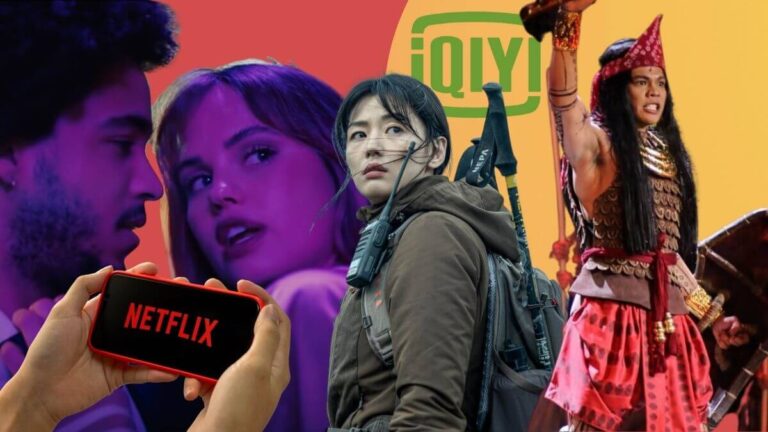 This week, we have the new iQiyi original 'Jirisan', a Netflix series that features modern vampires, and more!

Looking for the latest online releases on Netflix, iQiyi, and other streaming services here in the Philippines? This weekly list has you covered! In our latest roundup of shows and movies going online this week of October 18 to 24, we have the new iQiyi original Jirisan, a Netflix series that features modern vampires, and more!

A college student chauffeuring at night picks up two women for a night of party-hopping. But he would soon discover that the ladies aren’t just looking for fun– they’re also thirsty for blood.

Najwa Nimri of ‘Money Heist’ hosts this reality show where participants believe that they’re still in the qualifications round of an entirely different show, not knowing that they’re already being filmed.

After We Fell (Film)

The sequel to ‘After We Collided’, this upcoming romantic drama film continues the story of Tessa and Hardin, whose burning passion for each other is threatened to be snuffed out by broken promises and surfacing secrets.

The Locke siblings are back, and more dangers appear as they continue to unlock more family secrets and further explore the power and mystery of the keys.

This new K-drama follows two rangers of the Jiri Mountain National Park as they save the lives of people from natural disasters and other dangers.

Starring the Basco Brothers, this film centers on four brothers who question their life choices when they reunite for a family wedding.

This Emmy Award-winning comedy-drama series follows the dysfunctional Roy family members as they fight over the control of their patriarch’s company, Waystar RoyCo.

The first production to be performed at the newly-restored Manila Metropolitan Theatre, Lapulapu will tell the intertwining stories of the hero of Mactan, the first circumnavigation of the Earth, and the arrival of Christianity in the Philippines.