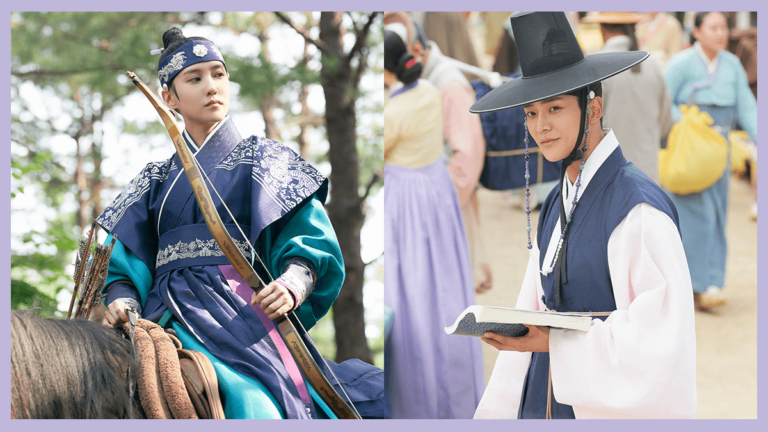 If you’re one of those who love a good sageuk, then make sure to keep your Monday and Tuesday nights free as the new historical K-drama The King’s Affection is for sure set to become your new weekly addiction! The drama — which features a talented cast of young actors including Park Eun Bin, SF9’s Rowoon, and Nam Yoon Su — starts streaming on Netflix tonight, November 11.

Last Friday, we got to join other media outlets in a virtual press conference with the cast and director of this highly-anticipated title. Here, they talked about its unique concept as well the reasons why the cast decided to join the project.

Need a bit more convincing on why you should check out this new drama? We give you three reasons why you should tune in to The King’s Affection when it starts streaming tonight!

It features a unique story set in the palace

The King’s Affection is a drama based on a webtoon series called Yeonmo. It centers on Yi Hwi, a woman who disguises as the crown prince after her twin brother passed away. Her world changes when she meets Jung Ji Un, a nobleman whose task is to educate crown princes, in one of their lectures. Despite hiding her true identity from him, she ends up catching feelings for Jung Ji Un, and they face a destiny they cannot avoid as their affection for each other blooms and deepens.

According to Director Song Hyun Wook, the drama is about an unfortunate king who is not included in historical records and has to conceal his identity. Just like all the other good historical K-dramas out there, The King’s Affection has all the bits that we love in one: from heart-fluttering romance between Yi Hwi and Ji Un to the palace politics that’s set to intrigue us all.

Park Eun Bin said that the reason why she said yes to this project is its unique premise of having a woman pretend to be a king. “All of the kings we’ve had historically were males, so a female king can only exist in our imaginations,” Eun Bin said. “It was a unique challenge I wanted to take on [and] I thought it was a unique role that would not come by often.”

It stars a talented cast of young and rising actors

Leading this new K-drama is Park Eun Bin, who is known for her work in dramas like Hot Stove League, Age of Youth, and Do You Like Brahms? Here, she plays Yi Hwi, a female royalty who pretends and takes on the role of the crown prince, which has been left by her twin brother who passed away.

Asked about how she approached her character, Eun Bin said that she focused on playing Hwi as one person. “When I was preparing for this role, I was quite distant from the character because I had to portray a male Hwi and a female Hwi,” she said. “The male Hwi and the female Hwi shouldn’t be viewed dichotomously. The character should just be viewed as Hwi. I did not try to act particularly male or female [and] I tried to be natural. I focused on portraying Hwi herself.”

Director Song said that when choosing the cast for the drama, they focused on finding the perfect person to play Yi Hwi’s character and that he was happy to see Park Eun Bi so confident about playing the part. “When we first met, [Park Eun Bi] asked me, [as well as the writers] several questions. I asked her if it would be difficult to portray a king in disguise and she said that she thought she could do it.”

Rowoon, who also appeared in K-dramas like Extraordinary You and She Would Never Know, plays Ji Un. He described his character as someone who “is not afraid to do things” and is very different from Yi Hwi who has to hide his character. Director Song said that while Rowoon is “very cool and masculine” in his previous works, he can also be “funny and confident” which is something that he was looking for from someone who plays a complex character like Ji Un. The director also jokingly added that because Rowoon was so tall, he had to look for a cast of male characters who are all 187cm.

“[Jung Ji Un] is humorous, witty, fearless, and daring. He’s also flexible and at the same time, he has a painful past related to his family. I was a bit concerned whether he could pull off the complex role, but when we first met and talked for an hour. He was very funny and confident [and] it felt like Jung Ji Un had come to life.”

The King’s Affection is the first historical K-drama from director Song Hyun Wook, who is known for being the man behind dramas like Beauty Inside, Another Miss Oh, Revolutionary Love, and Introverted Boss. The screenplay for the drama, on the other hand, comes from Han Hee Jun, most famous for penning the screenplay for the drama Clean With Passion for Now. According to the production notes released by Netflix just in time for its premiere, Director Song is set to “illustrate the charm of the characters and show the emotional flow in delicate detail” which will make it the perfect romance drama today.

Asked about why fans of historical dramas and K-dramas, in general, should tune in to The King’s Affection, director Song said that aside from it being a wonderful story of romance set in the palace, fans can also expect amazing chemistry among the cast members. “It’s been a while since I’ve directed a romance drama, and it’s my first time directing a historical drama. Our cast here are all young actors, so on set they’re friendly with one another and always talking and laughing. I was very happy to see them all get along so well.”

The King’s Affection starts streaming on Netflix today, November 11. New episodes drop on the streaming site every Monday and Tuesday at 10:30PM. 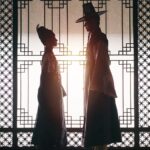