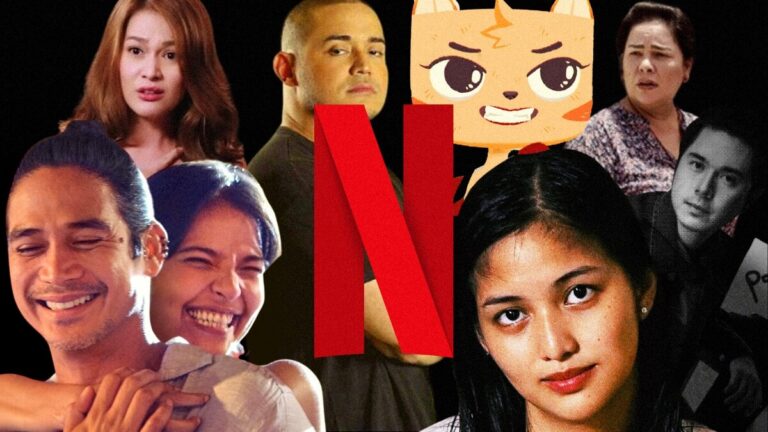 35 Must-Watch Pinoy Movies You Can Now Stream on Netflix

We've rounded up some must-watch Filipino films on Netflix that you should definitely add to your binge lists right now!

In the recent years, more and more Filipino films have been added to Netflix’s ever-growing library. Not only did they make these Pinoy movies available in their platform, they even helped produce and distribute some of them, including titles like My Amanda, Dead Kids, and Hayop Ka! The Nimfa Dimaano Story.

If you’re wondering which local films on the streaming platform are worth checking out, then this list is for you! We’ve rounded up some must-watch Filipino films on Netflix that you should definitely add to your binge lists right now!

Romance blossoms between an aspiring architect and her deaf neighbor who becomes her sign language teacher.

This film centers on Intoy who lives a simple life in Biri, Northern Samar. He soon becomes conflicted between his responsibilities at home, the woman he loves, and his ambitions.

Couple Primo and George are already planning for their future together, but their plans are derailed by their careers, ambitions, and misunderstandings.

During a drug raid, a PDEA squad gets trapped in the heart of a slums area in Manila where they are surrounded by violent drug gangs and families thirsty for revenge.

A young fan sneaks into the truck of her celebrity crush and gets to spend some time with him. But she would soon discover the man’s true colors.

Two overseas Filipino workers in Hong Kong develop a romantic relationship, but their dreams and responsibilities will get in the way.

A father diagnosed with cancer asks his children to visit him every Sunday, but past issues resurface when they reunite.

Five years after they broke up, two college sweethearts reconnect and struggle as their past feelings return.

The young top players of a mobile game are sent to the fantasy world of Magikland with the mission to save it from the evil Mogrodo-Or.