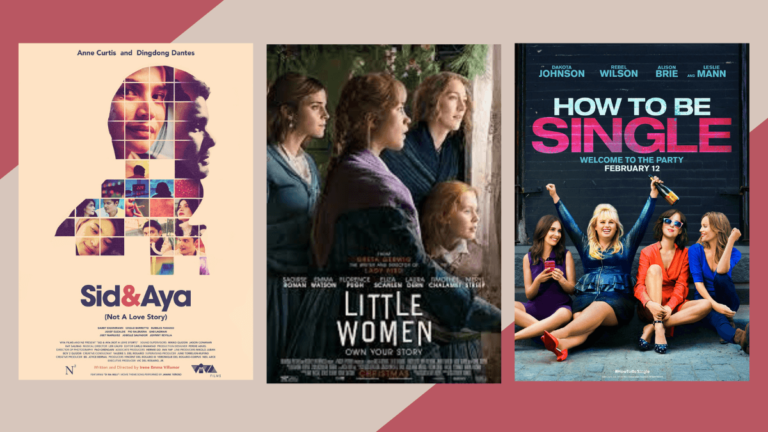 Isn’t it a bummer when you see your favorite movie already playing halfway through when you turn on the TV? Fret not! From rom-com and action to horror and thriller, we’re giving you a heads up on all the must-watch movies on TV from August 30 to September 5, 2021.

Through Night and Day
(3:15pm, PBO)
It revolves around an engaged couple whose relationship is tested while on a prenup trip to Iceland.

Lara Croft Tomb Raider: The Cradle Of Life
(6:10pm, HBO)
Lara Croft races against time to locate the legendary Pandora’s box before it falls in the hands of the evil Jonathan Reiss, who plans to use the box to make weapons of mass destruction.

Isa Pa With Feelings
(7pm, Cinema One)
An aspiring architect falls for her deaf neighbour, and he teaches her basic sign language as they grow closer despite their differences.

Superman Returns
(4:35pm, HBO)
Upon his return to Earth, Superman must deal with heartbreak and put his powers to test once again to stop his greatest arch-nemesis, Lex Luthor, from gaining complete control of the world.

Exes Baggage
(7pm, Cinema One)
After years apart, a former couple reunites and gets reacquainted with the pains of love as they work to heal wounds from the past.

Babe, I Love You
(7:30pm, PBO)
A wealthy architecture professor falls in love with a working-class woman who works as a promo girl.

How To Be Single
(9pm, FOX Movies)
Alice, Robin, Lucy, Meg, Tom, and David all have in common is the need to learn how to be single in a world filled with ever-evolving definitions of love.

Split
(4:55pm, FOX Movies)
Three girls are kidnapped by a man with a diagnosed 23 distinct personalities. They must try to escape before the apparent emergence of a frightful new 24th.

G.I. Joe: Retaliation
(7:10pm, HBO)
The Joes are declared traitors by Zartan, and the Cobra Commander now has all the world leaders under his control. With nowhere to go, the remaining Joes turn to their original leader, General Colton.

That Thing Called Tadhana
(11pm, Cinema One)
A woman struggling to meet airline baggage requirements meets a man who comes to her aid. They form a friendship that helps them mend each other’s hearts.

Paano Na Kaya
(1pm, Cinema One)
Two longtime friends become romantically involved after he gets dumped by a girlfriend.

22 Jump Street
(7pm, FOX Movies)
After making their way through high school (twice), big changes are in store for officers Schmidt and Jenko when they go deep undercover at a local college.

47 Ronin
(9pm, HBO)
Lord Asano is punished for injuring Lord Kira and asked to commit seppuku. When Kai and the other samurai realise that their master was not at fault, they set out to seek revenge against Lord Kira.

21 Bridges
(10pm, Cinemax)
Andre, an aggressive police officer, determines to put an end to two war-veterans-turned-killers after they shoot down a few officers during a heist.

Green Lantern
(10:50pm, HBO)
Hal Jordan, a test pilot, acquires superhuman powers after being chosen by the Ring. However, with the powers come the responsibility of defeating the evil Parallax who is set on destroying Earth.

Little Women
(11am, HBO)
While the March sisters enter the threshold of womanhood, they go through many ups and downs in life and endeavour to make important decisions that can affect their future.

I’m Ellenya L
(1pm, Cinema One)
Ellenya’s life revolves around social media just like a typical millennial; seeking validation from the online society. With aspirations of being a big influencer and vlogger, she chases her dreams by creating a persona and content with the help of her family and friends.

Godzilla
(11:30pm, HBO)
Ford and his father, Joe, find evidence pointing to the existence of giant creatures. When the creatures, classified as MUTO, surface, Godzilla, an ancient behemoth, rises to fight them.