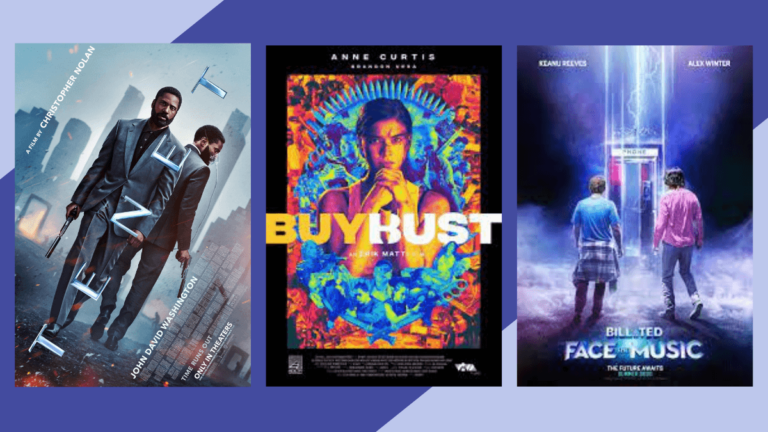 Isn’t it a bummer when you see your favorite movie already playing halfway through when you turn on the TV? Fret not! From rom-com and action to horror and thriller, we’re giving you a heads up on all the must-watch movies on TV from August 2 to 8, 2021.

One More Chance
(1pm, Cinema One)
A long-time couple seems destined for marriage, but frictions and differing ambitions break them apart. As they try to move on with their lives they are continually reminded of what they once had, and the temptation to go back is never far away.

Finally Found Someone
(7:15pm, PBO)
When a woman is left at the altering, the video goes viral online, and a PR rep is hired to help her. In the end, they realize that they have fallen for each other.

1917
(8:05pm, HBO)
Two soldiers, assigned the task of delivering a critical message to another battalion, risk their lives for the job in order to prevent them from stepping right into a deadly ambush.

The Terminator
(2:15pm, HBO)
A cyborg assassin is sent back in time to kill Sarah, a waitress, in a bid to stop her son who will wage a long war against his enemy in the future unless the course of history is altered.

The Split
(4:35pm, FOX Movies)
Kevin, who is suffering from dissociative identity disorder and has 23 alter egos, kidnaps three teenagers. They must figure out his friendly personas before he unleashes his 24th personality.

Ang Dalawang Mrs. Reyes
(5pm, Cinema One)
Wives Lianne and Cindy got cheated on by their husbands who turn out to be gay.

Little Women
(12:40pm, FOX Movies)
While the March sisters enter the threshold of womanhood, they go through many ups and downs in life and endeavor to make important decisions that can affect their future.

BuyBust
(3:15pm, PBO)
After surviving the slaughter of her entire squad in a drug raid compromised by dirty cops, anti-narcotics special operative Nina Manigan is eager to go head-to-head with the drug cartels that hold a bloody grip on Manila. But when her new mission in the city’s most dangerous slum goes south, the angry civilians turn on her squad. Trapped between a brutal drug gang and hordes of bloodthirsty citizens, their only option is to fight their way out.

Zombieland: Double Tap
(10pm, HBO)
Ten years after their adventure at Zombieland, survivors Tallahassee, Columbus, Wichita, and Little Rock embark on a mission to slay evolved zombies while struggling with their emotional battles.

Final Destination 2
(11:20pm, Cinemax)
After she has a premonition of an accident, Kimberly rushes to save the lives of the people involved. However, one by one, the survivors start dying and she realizes that her life is also at risk.

I Love You, Goodbye
(1pm, Cinema One)
Lizelle Jimenez is a simple woman from a poor family. She then meets a very wealthy, good-looking, and loving man in the person of Dr. Adrian Benitez. They become lovers and start living together as a happy couple.

Bill & Ted Face The Music
(9pm, FOX Movies)
The ruler of the future tells best friends, Bill and Ted, they must compose a new song to save life as we know it. But instead of writing it, they decide to travel through time to steal it from their older selves. Meanwhile, their young daughters devise their own musical scheme to help their fathers bring harmony to the universe.

Battleship
(9:50pm, HBO)
An international fleet of ships encounters an alien armada and discovers their destructive goals. To defeat their enemies, they are forced to fight an intense battle on sea, land, and air.

The Girl With The Dragon Tattoo
(11:30pm, Cinemax)
Mikael Blomkvist, a journalist, hires Lisbeth Salander, a computer hacker, to solve the mystery of a woman who has been missing for forty years. The two discover more than they bargained for.

No Other Woman
(11:30am, PBO)
A woman discovers that her husband is having an affair with a customer’s daughter.

Miss You Like Crazy
(1pm, Cinema One)
Mia Samonte is getting tired of her forlorn life. She is back in Manila for the holidays after working hard for two years as a front desk officer in Kuala Lumpur, Malaysia. With the hopes of getting a chance to finally have a break, her family gets into another crisis that leaves her hopeless and fated.

Birds Of Prey And The Fantabulous Emancipation Of One Harley Quinn
(9pm, HBO)
After being thrown out in the streets by Joker, Harley struggles to pick herself up. However, Harley teams up with Huntress, Black Canary, and Renee Montoya to defeat a gangster and protect a girl.

A Quiet Place
(9pm, FOX Movies)
A family must live in silence to avoid mysterious creatures that hunt by sound. Knowing that even the slightest whisper or footstep can bring death, Evelyn and Lee are determined to find a way to protect their children while desperately searching for a way to fight back.

Apollo 13
(4pm, Cinemax)
Astronauts Lovell, Haise, and Swigert of the Apollo 13 moon mission find themselves stranded when their spacecraft gets damaged. Soon, NASA tries to bring them back before it is too late.

The Equalizer 2
(7:05pm, HBO)
Robert McCall’s close friend, Susan Plummer, is murdered while investigating a murder-suicide. As a former spy, he leverages his skills and resources to find the culprit and avenge her death.

The Purge: Anarchy
(7:10p, FOX Movies)
One night per year, the government sanctions a 12-hour period in which citizens can commit any crime they wish — including murder — without fear of punishment or imprisonment.

Pixels
(9pm, FOX Movies)
A special team of arcade gamers is put together to fight a mysterious alien race that watches classic games of the ’80s and presumes them to be a declaration of war.

Tenet
(11pm, HBO)
A secret agent is given a single word as his weapon and sent to prevent the onset of World War III. He must travel through time and bend the laws of nature in order to be successful in his mission.

The Girl With The Dragon Tattoo