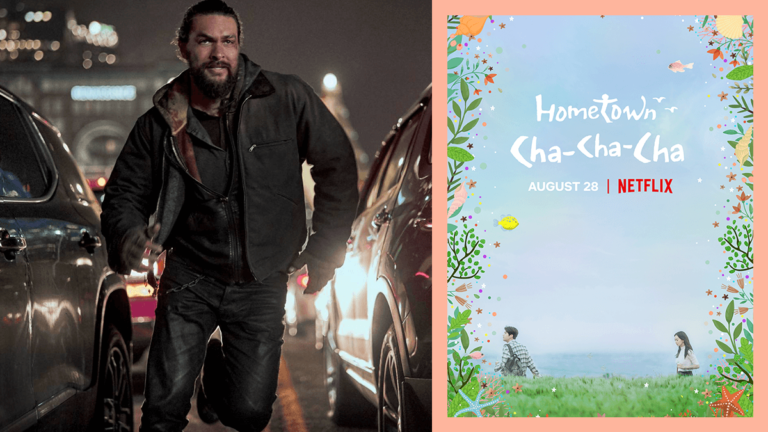 'Hometown Cha-Cha-Cha,' 'Sweet Girl,' and 'Vivo,' and more are showing on Netflix this August!

If you’re the kind who needs to plot your binge-watching schedules for the month, worry not, because we’re giving you a rundown of the most awaited shows and films launching on Netflix Philippines this August 2021.

Vivo is about a musically-gifted kinkajou or rainforest “honey bear” named Vivo, who plays music to crowds in a square with his owner Andrés. However, when a tragedy strikes after Andrés receives a letter from the famous singer Marta Sandoval, inviting him to a farewell concert, it’s up to Vivo to deliver a love letter to Marta, which comes in the form of a song. To do so, he enlists the help of an energetic tween named Gabi in fulfilling his owner’s wishes.

The Kissing Booth 3 is set in the summer before Elle and Lee head to college. It continues to follow Elle, who must now face the hardest decision of her life: whether she’s going to move across the country with her boyfriend Noah, or if she’s fulfilling her promise to go to college with her best friend Lee. Joey King, Joel Courtney, Jacob Elordi, Taylor Zakhar Perez, Maisie Richardson-Sellers, and more will be returning for the third film.

Sunday Beauty Queen is a documentary from Baby Ruth Villarama which chronicles the lives of 5 domestic workers in Hong Kong Kong, who work on the weekdays and join beauty pageants on Sundays. It shows how these expatriates prepare for the pageants while sharing their lives with their employees.

Bliss stars Iza Calzado as Jane Ciego — a successful actress who is involved in an accident that leaves her disable while filming her project. She is then cared for by her cruel husband Carlo and an unusual nurse named Lilibeth. As the days pass, she starts to experience horrors while being trapped at home.

Sweet Girl is a film about a devoted family man named Ray Cooper who vows to seek justice against a pharmaceutical company that pulls a potentially life-saving drug from the market before his wife dies from cancer. However, his search for the truth leads to a deadly encounter that puts him and his daughter in danger. Ray’s mission then becomes a quest for vengeance to protect his family.

The Witcher: Nightmare of the Wolf
August 23

The Witcher: Nightmare of the Wolf is the spin-off to The Witcher, and will be exploring the adventures of Vesemir, a veteran Witcher in the Continent who is best known for being a mentor figure to Geralt. The film is directed by Kwang-Il Han and written by Beau DeMayo. It stars the voices of Theo James, Lara Pulver, Graham McTavish, and Mary McDonnell.

ALSO READ
WATCH: ‘The Witcher: Nightmare of the Wolf’ Trailer Teases an Action-Packed Anime on Netflix

Clickbait is a thriller series that feature 8 different points of view that provide clues to the perpetrator of a gruesome crime fueled by social media.

Hometown Cha-Cha-Cha follows Yoon Hye Jin, a dentist, who has both beauty and brains. Because of her rightfulness, her life changes and she ends up moving to the seaside village of Gongjin. It’s where she meets Hong Doo Shik, an unemployed man who’s actually an expert when it comes to doing odd jobs and helping everyone in town.

Shin Min Ah and Kim Seon Ho star as the leads of this upcoming drama.

D.P. is about army private Joon Ho, who encounters the realities of confused young soldiers after becoming a member of the “Deserter Pursuit” unit — a unit tasked on tracking down those who desert their military posts. The drama will show the balance between those chasing the deserters and the troubles that the young people face. It stars Jung Hae In, Koo Kyo Hwan, Kim Sung Kyun, Song Seok Koo.

Sparking Joy features Marie Kondo, who is back to helping people transform their homes and their lives in surprising and emotional ways. In this series, Marie uses her life-changing method to help three business organize their workplace, and tidy up one employee’s home, work, personal, and relationship life.

The Witcher: Nightmare of the Wolf