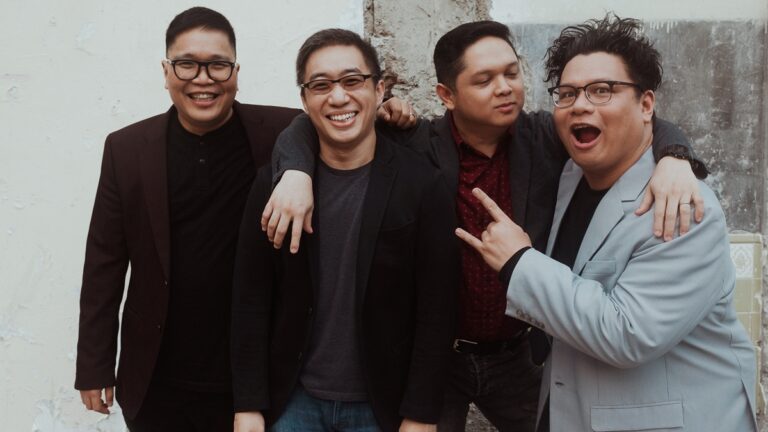 Everyone knows how Pinoys love their music! Especially when it’s from an iconic band like The Itchyworms who are known for their upbeat melodies and feel-good lyrics. As one of the definitive OPM bands of the last two and a half decades, Jazz Nicolas, Jugs Jugueta, Kelvin Yu, and Chino Singson have worked towards creating Pinoy music that will be loved for generations to come. Sony Music has partnered with WeTV Philippines to take the band’s 25th anniversary to wider audience.

To kick off the celebration is the release of the official music video and short film for the poignant and whimsical track The Life I Know off their fifth studio album Waiting For The End To Start from Sony Music Philippines. Under the direction of Indie Pop Films’ Marie Jamora and Jason McLagan with animation by Apartment D, stop-motion animated video tells the story of Awit as the baby navigates the arrival of a new sibling. Imbued with Filipino cultural sensibilities, the video is an ode to family and unconditional love between a mother and child. Having been the Itchyworms’ former band manager and music director, Jamora had a strong sentimental connection to the band, and The Life I Know was her choice when asked to direct a video from the album.

Stream The Life I Know on WeTV now..

The telling of the 25th anniversary story of the Itchyworms continues in August with the release of the special feature on their new album, aptly called Sala Set: Waiting For The End To Start, followed by a documentary on the band’s journey – all of which will be premiering on WeTV. Rounding out this musical celebration will be the release of the band’s anniversary single Eto Na, followed by the music video of the album’s title track  Waiting For The End To Start. Coming soon will be an Itchyworms mockumentary, and their podcast Worms Upon A Time.

WeTV has partnered with Sony Music on this extraordinary campaign as part of its push to bring the best in Filipino content to a wider audience across the region, while celebrating the music of one of the best OPM bands in the country.

To stream the Itchyworms 25th anniversary specials and the very best in Asian Premium Content, original series, Filipino shows and anime, just download the WeTV and iflix app from the App store and Google Play, and start watching! A monthly subscription rings in at only P59, quarterly at P159, and an annual subscription is only P599 for recurring subscriptions, while a one-month pass is only P149.