If you're the kind who need to plot your binge-watching schedules for the month, worry not, because we're giving you a rundown of the most awaited shows and films launching on Netflix this April!

The fourth part of Money Heist picks up in the middle of chaos, with the professor thinking that Lisbon has been executed, and Rio and Tokyo blowing up an army tank. Meanwhile, the gang faces one of its toughest challenges as Nairobi struggles between life and death and Álvaro Morte, Úrsula Corberó, Pedro Alonso, Alba Flores, Itziar Ituño, Miguel Herrán, Esther Acebo, Jaime Lorente, Darko Peric, Luka Peros, Hovik Keuchkerian and Rodrigo de la Serna.

Time To Hunt
Launches on: April 10

Time to Hunt is a film set in a dystopian city, following Jun Seok, who wants to start a new life with his friends Jang Ho, Ki Hoon, and Sang Soon after he is being released from prison. They then plan a casino heist, which they thought is bulletproof plan until they get chased by a mysterious hunter who wants them dead. The film was invited to the 70th Berlin International Film Festival for a gala screening

Outer Banks centers on a tight-knit group of teens who uncovers a long-buried secret which sets off a chain of events that takes them on an unforgettable adventure. The series stars Madison Bailey, Madelyn Cline, Jonathan Daviss, Charles Esten, and Alexis Desiree Jones.

The Willoughbys
Launches on: April 22

You're never too old for a feel-good family movie ☺️ Say hello to The Willoughbys on April 22.

The Willoughbys is a family movie about the Willoughby children who hatch a plan to send their parents on a vacation, knowing that they're better by themselves. They then go on an adventure as they find the meaning of family. The film features the voices of Alessia Cara, Will Forte, Maya Rudolph, Terry Crews, and Martin Short.

Chris Hemsworth stars in the film Extraction, where he plays Tyker Rake, a black market mercenary who is asked to rescue the kidnapped son of an imprisoned international crime lord. The underworld of weapons dealers and drug traffickers then change the lives of Rake and the boy. Directed by Sam Hargrave, the film also stars David Harbour, Manoj Bajpayee, Rohit Sukhwani, Rudraksh Jaiswal, Pankaj Tripathi, and more.

Never Have I Ever
Launches on: April 27

Produced by Mindy Kaling, Never Have I Ever is a new Netflix series about an overachieving high school sophomore named Devi and her life and struggles as a modern-day Indian-American teenage girl. It stars Maitreyi Ramakrishnan. 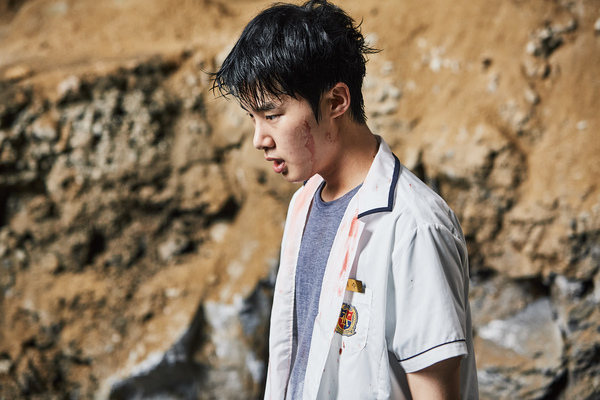 Extracurricular is an upcoming teen-crime K-drama on Netflix starring Kim Dong Hee, Jung Da Bin, Park Ju Hyun, and Nam Yoon Su. It centers on a group of high school students who face the consequences that come with their choice of committing a crime.

The King: Eternal Monarch is Lee Min Ho's return to doing dramas after 4 years. His newest drama revolves around the relationships of people from two parallel universes, centering on King Lee Gon who wants to seal the gateway between the two worlds and Jung Tae Eul, a police inspector who wants to protect the lives of people around her. Lee Min Ho will be starring with Kim Go Eun in this upcoming drama.