To stay in General Douglas MacArthur’s Suite, one must be ready to shell out $3,300 dollars. We weren't, so we just made the most out of our free peek. Here’s what’s inside.

General Douglas MacArthur made Manila Hotel his home during his tenure as the Military Advisor to the Commonwealth Government of the Philippines from 1935-1941. “According to records, he initially wanted to live in the Malacañan Palace but President Quezon did not approve his request because the palace is for Philippine Presidents,” Kristine Facto, Assistant Vice President of Manila Hotel’s PR and Corporate Communications team related. Quezon referred MacArthur to a place that’s comparable to the palace: Manila Hotel. Architect Pedro Luna, son of master painter Juan Luna was commissioned to build a penthouse suite for the General and his family atop the fifth floor of Manila Hotel. 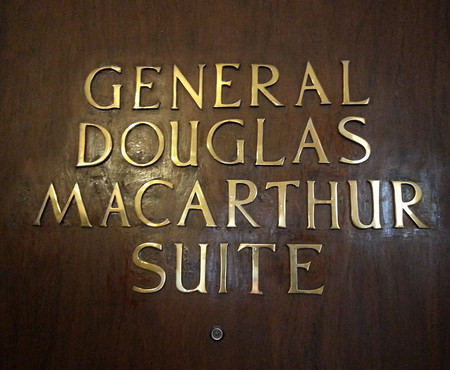 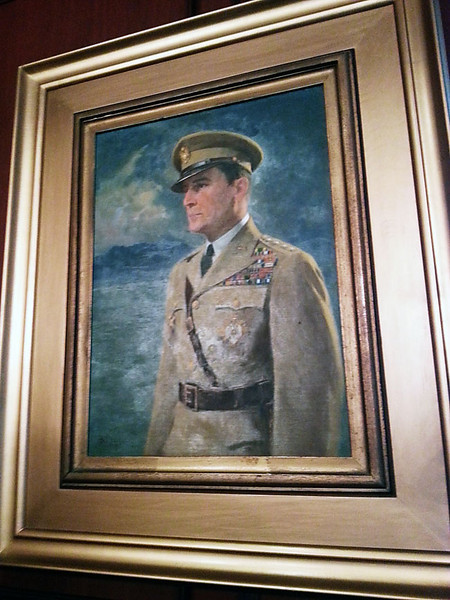 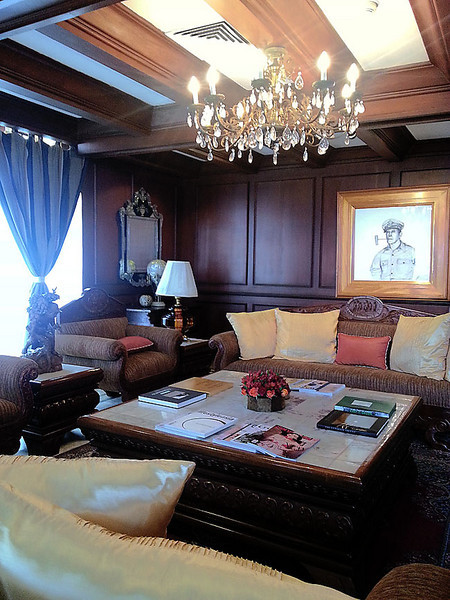 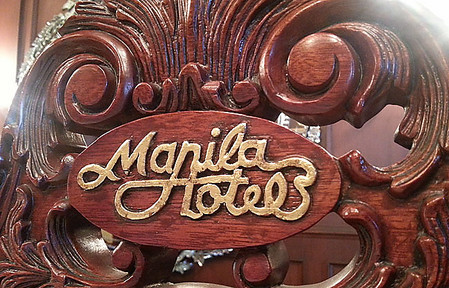 MacArthur’s penthouse, an expansive suite with seven bedrooms, used to occupy the entire fifth floor of the original building. “Arthur MacArthur IV, General MacArthur’s only son, even took his first steps here,” Kristine beamed. The general’s family stayed in the penthouse up until the Japanese occupation of Manila. 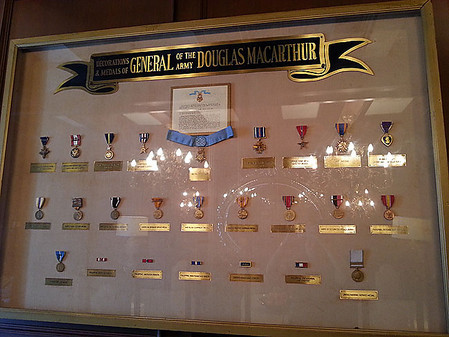 History tells that when World War II broke out, Gen. MacArthur made Manila Hotel his command post. On the height of the war, the Japanese occupied Manila hotel and General MacArthur was forced to leave. On his memoirs, he told of joining the patrol to recapture the hotel from the Japanese High Command, writing, "I was anxious to rescue as much as I could of my home atop the Manila Hotel". 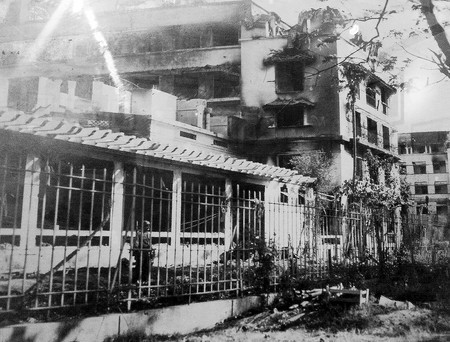 When General Mac Arthur left, the Japanese trashed the place. “Nothing but these two chairs was left,” Kristine pointed out. 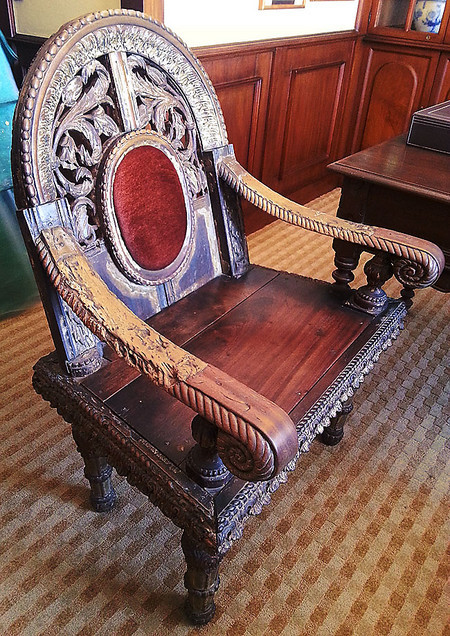 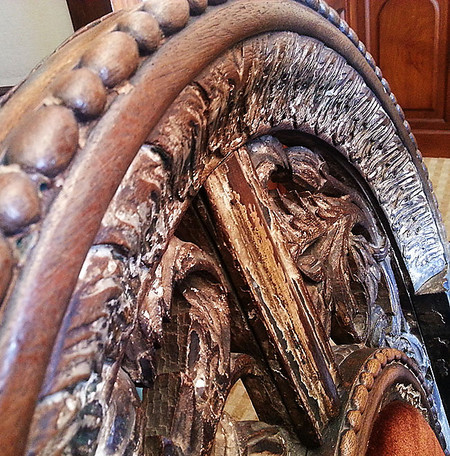 A piece of history

After the World War, the MacArthur wing was rebuilt and divided into three suites: Andres Bonifacio Suite, the MacArthur Suite, and a Superior Deluxe Room. 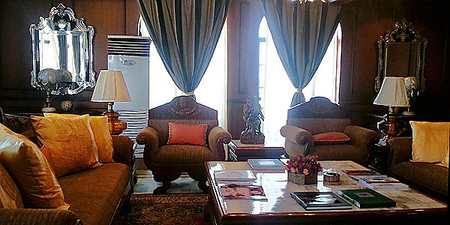 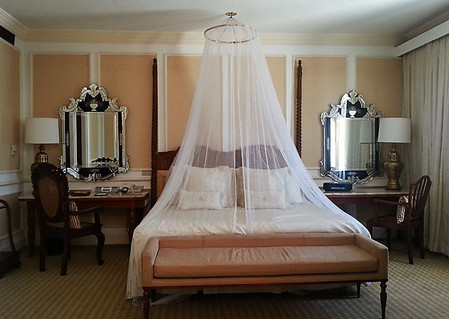 The Mac Arthur Suite has been refurbished to replicate the original design of the general’s penthouse. Now, the suite has a master bedroom with a dressing room and one guest room. The bedroom drapes and bedding are custom-designed using hand-embroidered jusi. 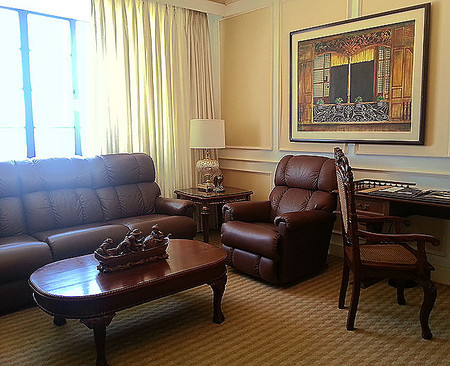 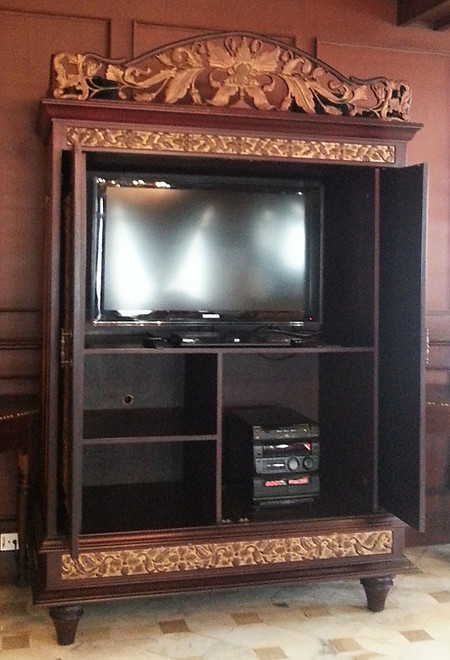 There are also two baths and one powder room for the occupants of this suite. They’ll be using no less than Bvulgari toiletries during their stay. 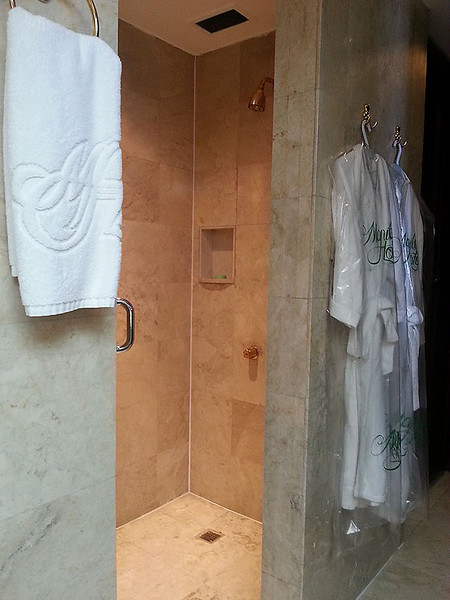 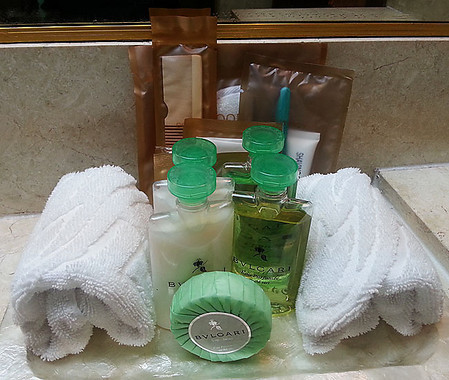 The suite’s study room also replicates MacArthur’s office. The surviving chairs from the original design are placed here. On the wall, one would see photographs of the general and his family. The study-library also contains 10,000 volumes of the general’s books. 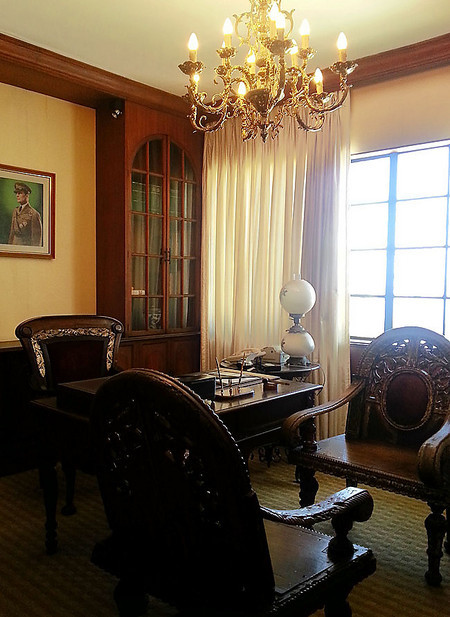 One can also host dinner in the suite. There’s a well-equipped kitchen and a formal dining room for ten people. 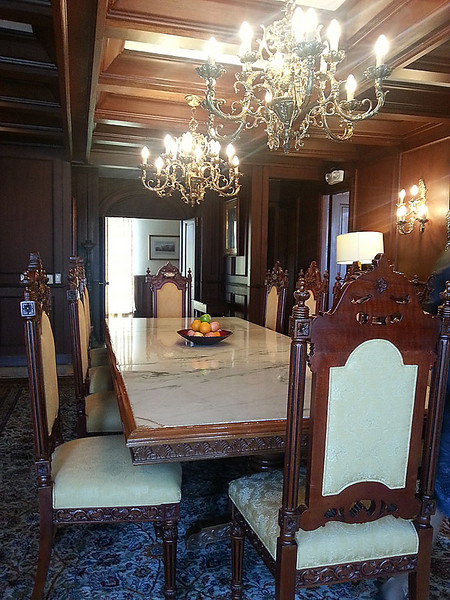 And of course, there’s a balcony with a view of the Manila Bay, the same site of MacArthur's last frontier in defending the Philippines against Japan. 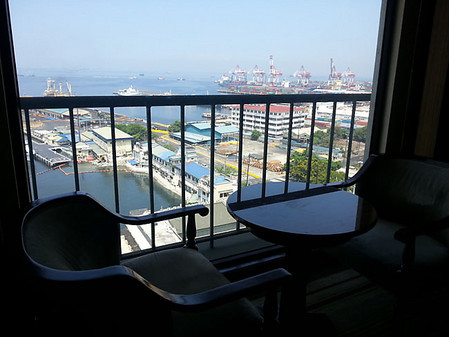 The MacArthur suite can be rented for $3,300 per night. Tenants of the suite also get a personal butler, who will attend to their needs 24/7.

So do people really rent this suite? “Oh, yes, definitely. Sometimes, tourists who are doing the My Manila Hotel tour skip this stop because the suite is occupied. We recently had a bachelor’s party here,” Kristine answered. Rent this room and be among the roster of the VIP guests like Bill Clinton and the late King of Pop Michael Jackson, who have stayed in the same suite during their visits here in Manila. 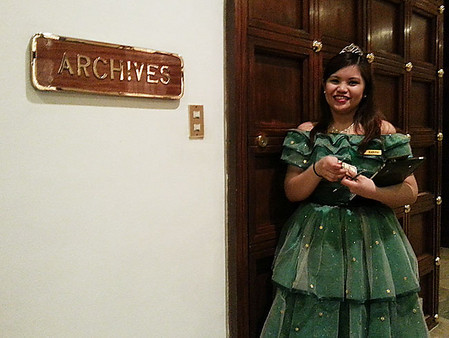 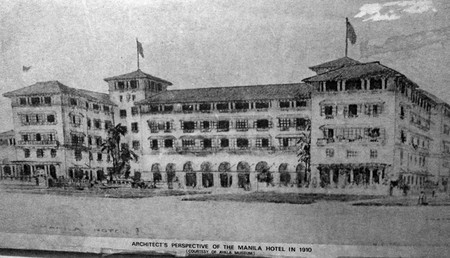 If you’re interested to personally see and tour the MacArthur Suite, just approach the Guest Services Officers at the hotel’s concierge. They will gladly take you up and tour you around, provided, the suite is not occupied. You may also want to ask your Guest Service Officer to bring you to the hotel’s archives room, where photos and memorabilia of the different interesting events that happened in Manila Hotel are stored. The tour is free for public and is subject to availability. 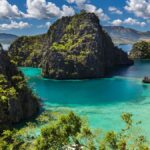 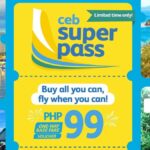 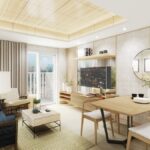 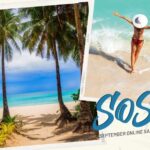 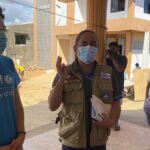 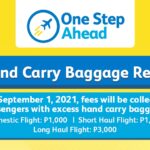