Wish We Were Here: This iconic palace in London where the Guards are a spectacle

This royal destination in United Kingdom has been visited by hundreds of famous historical figures, and tourists from all over the world gather daily to witness the pomp and pageantry of a top attraction headlined by the Queen's Guardsmen.

This royal destination in United Kingdom has been visited by hundreds of famous historical figures, and tourists from all over the world gather daily to witness the pomp and pageantry of a top attraction headlined by the Queen's Guardsmen.

#BuckinghamPalace | I loved the Queen's Speech on #ChristmasDay. She said "The light shines in the darkness, and the darkness has not overcome it." A perfect message for our nation and indeed the world in the face of some difficult events this year. 89 years young, and she's still an inspiration. Thank you ma'am! @daveburt // #thisislondon #queen #thequeen

JF Kennedy, Mahatma Gandhi, and Charles Dickens are among the many icons that have visited Buckingham Palace, one of the remaining few working royal palaces, as this is the office for the Head of State, and what The Queen calls as home. Originally, the core structure is a townhouse built for the Duke of Buckingham, and was first called Buckingham House before George III purchased the property in 1761. After remodelling and expanding, the house was transformed into Buckingham Palace in the 1820s.

Aside from the palace's historical significance and architectural beauty, this top destination in London is also the location for Changing the Guard, a 'Guard Mounting' ceremony where one regiment (new guard) takes over from another (old guard). The march of the sentries and their inspection is accompanied by live music from Military Band, up until the exchange.

A view of Changing the Guard from the Quadrangle of Buckingham Palace. The privilege of guarding the Sovereign traditionally belongs to the Household Troops, better known as ‘the Guards’, who have carried out this duty since 1660. For operational and other reasons, this privilege is periodically extended to other regiments of the British Army. Most of the Guards will have seen action overseas. During the Changing the Guard ceremony, also known as ‘Guard Mounting’, one regiment takes over from another. The Queen’s Guard consists of the St James’s Palace and Buckingham Palace detachments. The New Guard, who during the course of the ceremony become The Queen’s Guard, march to Buckingham Palace from Wellington Barracks. #BuckinghamPalace #ChangingtheGuard #RoyalWelcome

A damp day for Changing the Guard at Buckingham Palace. #changingtheguard #buckinghampalace

Getting There: You can head to Buckingham Palace by underground (tube stations), by train, and by bus. Philippine Airlines offers nonstop flights from Manila to London, five times weekly.

Tip: Make sure you don't miss the the major ceremony of 'Changing of the Guard' on your planned visit to Buckingham Palace. This tourist attraction happens every morning at 11:30 during the summer (April to July), while it occurs every otherday during wintertime (weather permitting). The ceremony is about 45 minutes long, and takes place in three areas: Buckingham Palace, St James’ Palace, and Wellington Barracks. As this is a major tourist draw, be at least an hour early to have the best spot in the crowd (visit changing-guard.com/dates-buckingham-palace.html for updated schedules). If you have a full day to go exploring, you can purchase a 'Royal Day Out' ticket to tour all around the palace area: The State Rooms, Buckingham Palace, The Queen's Gallery, Buckingham Palace and the Royal Mews.

Wish We Were Here is a new segment in ClickTheCity borne out of the persistent wanderlust in everyone. Sometimes, the travel bug just bites hard, and it makes us crave to experience a new city. Every week we feature an interesting destination to give you more ideas for your next big adventure. 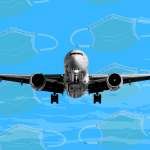 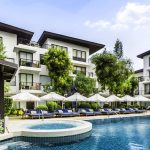 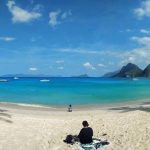 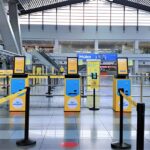 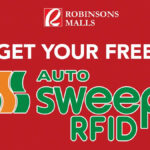 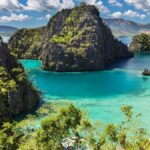