The Miracle That is ‘Himala: Isang Musikal’ by The Sandbox Collective

‘Himala: Isang Musikal’ takes after the film and is the story of a young woman from the town of Cupang, Elsa, who makes the pronouncement that she was visited by the Virgin Mary.

There are only slight changes made in the current restaging of Ed Lacson Jr.’s phenomenal 2018 production of Ricky Lee and Vince De Jesus’ ‘Himala: Isang Musikal.’ That’s what Lacson tells me after press preview night of the restaging. The adjustments were in how certain scenes were approached, performance-wise, but with regards to the stage craft, it seems like nothing has changed. 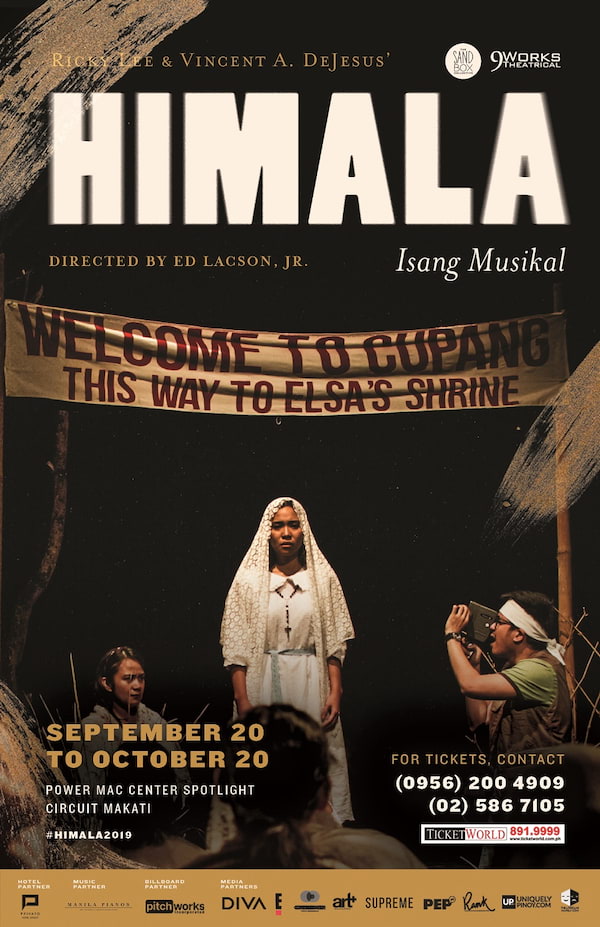 Except it strikes me even stronger than it did when I saw it for the first time last year. Director Ed Lacson Jr’s staging of the music based on the Ishmael Bernal film, with a screenplay by Ricky Lee, is nothing short of breathtaking. Lacson transforms the whole PowerMac Center Spotlight blackbox theater into the town of Cupang. Set entirely in the round, the action happens all over the place. There are five working aisles for the actors to walk through and as they build the very town from scratch, it bleeds into the audience side, and we are fully immersed in this vibrant world.

‘Himala: Isang Musikal’ takes after the film and is the story of a young woman from the town of Cupang, Elsa, who makes the pronouncement that she was visited by the Virgin Mary. The townspeople already believe that there is a curse on their home and they quickly take to Elsa’s claims. Suddenly, Elsa has renewed the town’s spirit. A cult forms around her as Cupang’s economy booms from the tourism and the visitors who have come to be healed by Elsa.

But as the play unfolds, we see through the religiosity. The manic fervor brings out the worst in everyone, including Elsa, and tensions begin to rise within the whole town. 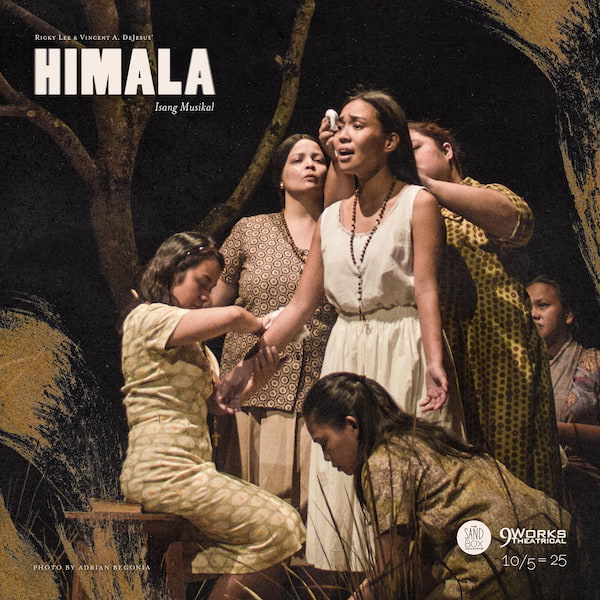 What is amazing about Ricky Lee’s script and Vince De Jesus’ music is how the play is not just about Elsa. She is the fulcrum to which this story pivots but what is highlighted here is the town. Cupang, and all its residents and visitors, is the true protagonist of this play.

And like any good narrative, what we see is really just a reflection of society as a whole.

The film was first released in 1982 and the stage version premiered in 2003 but the material is still so powerful and resonates with the country today with clear precision. As Elsa performs miracle after miracle, the town’s economy booms but this brings along its own challenges. There is a blossoming of self-righteousness, bitterness and jealousy, relationships are tested, faith is put into question while some reach into manic zeal, and, most strikingly evident, is how the consequence of getting what you need always happens to be wanting more.

Vince De Jesus’ music is epic and grand despite it being played merely on a solo piano (with EJ Yatco performing on preview night) but the cast of over two dozen actors create a symphony of voices that approximates a full orchestra. Paired with Lacson’s 360-degree direction, with characters entering and exiting from all sides, the music envelopes the audience in full-sensory experience.

When the magnificent crowd scenes occur (and there are plenty), the ingenious use of in-the-round stage set up means that the audiences add to the illusion of the number of people in the village. In this sense, Lacson has included the audience in the town of Cupang. The connection between the musical and the audience is made complete. There is no reflection here because we are just as complicit. 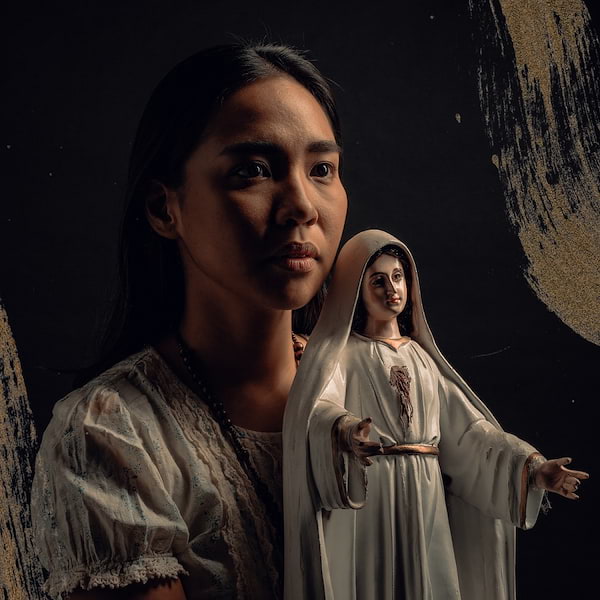 Aicelle Santos is powerful and gripping as Elsa but there are plenty of powerhouse performances in this cast. Naomi Gonzales is arresting as Chayong and Shiela Francisco as Nanay Salling is a powerhouse but it is Kakki Teodoro as Nemia, who punches through, as she did last year.

The whole experience of ‘Himala: Isang Musikal’ is a hard-hitting and breath-taking assault of the senses, and if I may be so corny, but an assault to your soul as well. The immersive direction brings you straight into the heart of the play and the work is as relevant and as poignant as ever. It would be satirical if it were funnier but its powerful ironic ending will definitely energize you as will the brilliant performances.