Catch the much-anticipated theatrical production this October at The Theatre at Solaire!

The Atlantis Theatrical Entertainment Group (ATEG) is proud to present this year's Manila staging of Sweeney Todd: The Demon Barber of Fleet Street!

The Stephen Sondheim and Hugh Wheeler musical play is Atlantis Theatrical's final musical offering for its 20th Anniversary season, following the productions for Angels in America Part One: Millenium Approaches, Beautiful: the Carole King Musical and Madagascar – A Musical Adventure.

This time, we'll be seeing the roles of the murderous duo Sweeney Todd and Mrs. Lovett played by none other than renowned figures on music Jett Pangan and Lea Salonga respectively.

During a press conference held for the production, Tony Award winner and Disney figure Lea Salonga shared how she feels playing the anti-heroine of the play, a different path from the characters that she'd always been known to portray.

"I'm finding it extremely liberating, interesting, and fun playing a villain, playing somebody that's not so nice. " Lea explains. "And I'm finding myself having far more input and ideas about the stuff that I think are demented, dirty, and nasty. I guess I really have that aspect of that personality in me, as in any human being."

"And the thing about being an actor is that you should be open to play both the good and the bad, [and the] same goes with the films, you can't always play the nice guy," the actress adds.

The singer-actress also warned potential viewers that Sweeney Todd is not exactly targeted to the young ones, recalling a time when she played a role in the play Fun Home, and people thought it was a wholesome show because she was on it, only for them to realize at the theater that it tells a very mature story with explicit scenes.

Sweeney Todd, on the other hand, tells the story of a vengeful barber who murders his customers, while his accomplice, the baker Mrs. Lovett turns them into meat pies. 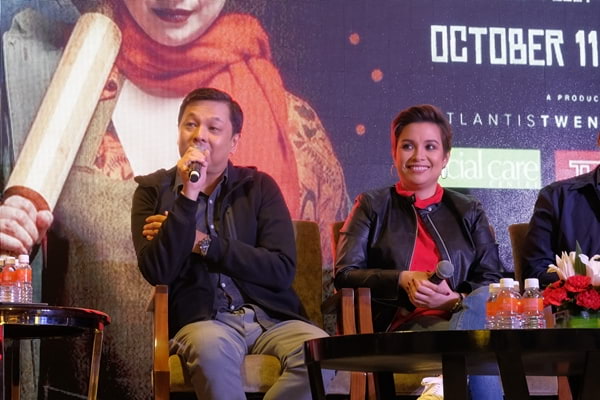 The production is also comprised of a star-studded offstage ensemble, with the direction of Bobby Garcia, set design by Tony Award winner David Gallo, musical direction by Gerard Salonga with the ABS CBN Philharmonic Orchestra, and costume design by Rajo Laurel.  Choreography is by Cecile Marinez, lighting design by Aaron Porter, hair and make-up design by Leslie Espinosa, vocal direction by Manman Angsico, and sound design by Justin Stasiw.

Sweeney Todd: The Demon Barber of Fleet Street will be taking the stage at The Theatre at Solaire starting October 11 to November 27. Tickets are now available through the Ticketworld website or through 891-9999 with prices ranging from P1,500 to P5,000. 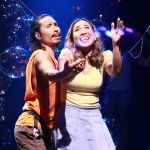