Tarzan the Musical: A Festive Exploration of the Universal Core

The local staging of Disney’s Tarzan by Viva Atlantis is perfect for a carefree family outing.

Finding one’s true self and place in the world is no easy feat in the vastness of it all. In the local staging of Tarzan the Musical, we are presented with a re-imagined parable of the iconic feral man infused with majestic set designs, festive playfulness, character-defining choreography and emotion-filled music. 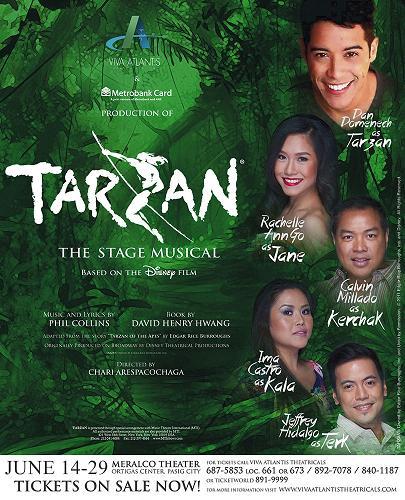 Based on Disney’s 1999 animated feature, Tarzan the Musical – with a book by David Henry Hwang and songs by pop icon Phil Collins – transforms the original gritty, raw and semi-tragic text by Edgar Rice Burroughs to appeal to a wider audience – especially the children. This long series of adaptations carries the potential to lose the story’s core. But amidst all the elaborate flamboyance of the production and some adjustments in the narrative is the sincere emotional core of identity, belonging and acceptance that appeals to each and every one.

Viva Atlantis’ second venture is helmed by veteran theater director Chari Arespacochaga. With a long list of successful productions under her belt, she seems to have mastered the art of injecting sincerity in a story — regardless of how immense requirements of a particular material. It is easy to drown out the heart in the visual spectacle in Tarzan the Musical but Arespacochaga knows when to hit the right chords to transcend the visual awe and strike the emotional strings of the audience. 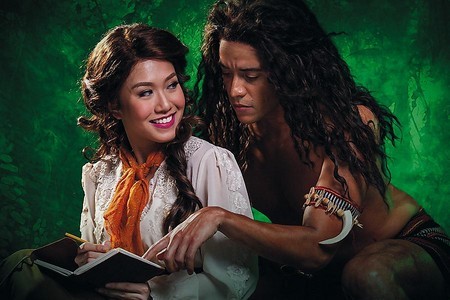 I must applaud the entire cast for pulling off this production.  From the musical requirements to the physical demands of the material, everybody manages to drive a compelling story effectively. Broadway actor Dan Domenech showcases amazing musicality and astounding physicality demanded for the lead role of Tarzan. The range of his vocal prowess successfully encapsulates the confusion, desperation and sensitivity to the role. Rachelle Ann Go’s second outing to the theater as English scientist Jane Porter is commendable as she steps up to the plate and complements Dan’s performance. Ima Castro stands out as she plays Tarzan’s ape mother Kala with so much motherly passion and heartbreaking sincerity. Her duet with Dan on You’ll Be in My Heart reprise can easily bring one to tears with the couple’s musical and emotional mastery. Calvin Millado plays ape leader Kerchak with a multi-layered performance with righteous command and implicit vulnerability. Jeffrey Hidalgo takes the role of Tarzan’s best friend Terk with much enthusiasm and loyalty to Disney’s animated character. Eugene Villaluz and Arnel Carrion add life and perspective to the narrative with their performances as Jane’s father Professor Porter and the villainous Clayton respectively. The rest of the ensemble successfully establishes life and soul to the dangerous wild with its circus-like physical performances and vocal exhibitions, which perfectly complement the overall mis-en-scene of the set. 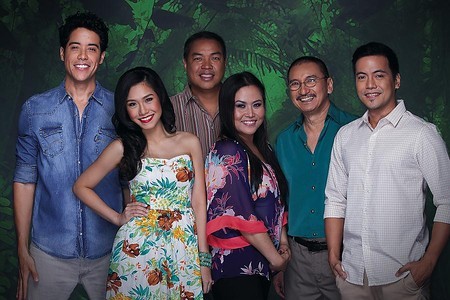 The set-design’s elaborate intricacies successfully bring the audience to the verdant wilderness of Africa and places the characters in the right locations required in every scene. It’s pretty amazing how one stage can reflect the vastness of the jungle. The costumes make the characters portray their respective parts with heightened believability. The playfulness of the colors on stage both in the design and costumes is such a visual treat and successfully embodies the archetypal childlike approach of a Disney material.

As always, the music adds a soulful dimension to the narrative as it helps in establishing and communicating the emotional conditions of every scene. From the heart-pounding music in the wilderness to the tender sounds of melancholy, Ceejay Javier once again heads the production’s musical execution with intelligent and sensitive sensibility. The songs of Phil Collins are definitely powerful. It’s important to note here though that I remember watching the animated feature several years ago and I wasn’t taken aback by the songs. In the stage production, each song is more commanding and affecting, thanks to the performance by the actors.

I have to admit that the nit-picker in me wants to dissect the flaws of the material. In retrospect though, to point out each and every issue does seem a bit futile when we remember that it’s a Disney-developed framework. There’s a need for a certain level of irreverence to logic and pace, among others. Much of the focus is given to delivering the story with more appeal to a wider audience. As they say, it’s not easy to try to please everybody. And when we think about that, every flaw drowns out to the legendary story, heart and charisma of the narrative. 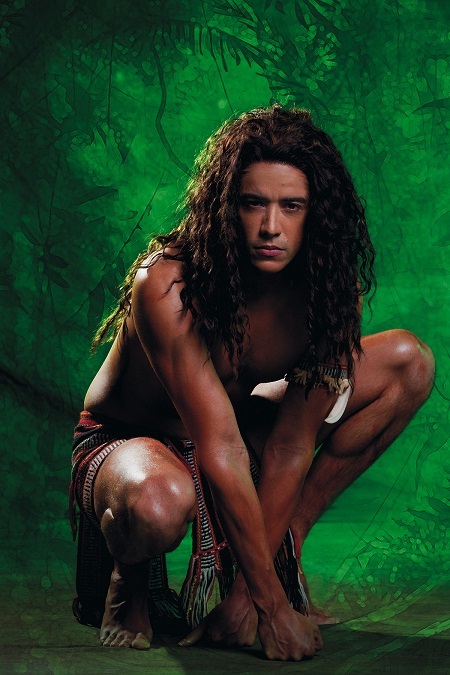 In the end, Tarzan the Musical is perfect for a carefree family outing. The legend of Tarzan may seem distant and alienating in theory but the approach used in the presentation balances the serious insights about the basic human need and the celebration of diversity with the light and playful festiveness of the musical. There is something universalistic about the story’s core that reflects our journey for self-identity, acceptance, belongingness and love. And this intricate mash-up of various elements make the entire presentation worth witnessing: a playful larger-than-life musical infused with a starting point for introspection for the audience.