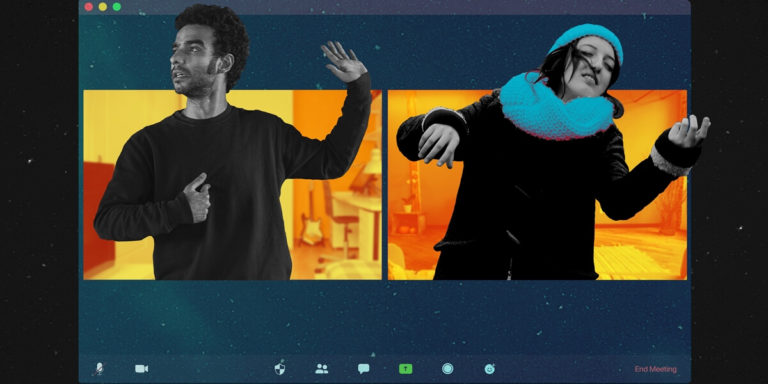 “Kapit,” meaning “to hold on” or “to grasp,” is the moniker for the upcoming Virgin Labfest (VLF), which will push through this year despite the ongoing pandemic by raising the curtains on a virtual stage.

Dubbed as VLF 2020 KAPIT: Lab in the Time of Covid (A Virtual Labfest Lockdown Edition), the festival of untried, unstaged, and untested one act plays will continue its 16th run from June 10 to 28 this year.

“All the stakeholders of VLF had a meeting and based the decision on 2 important points,” shares festival director JK Anicoche, “the wellness and well-being of the artist and audience community; and continuing livelihood support for the theater-makers in the time when everyone’s losing their jobs.”

Anicoche adds that they are providing the VLF artists, managers, and staff with online workshops and consultation to assist them on this online migration. Moreover, they’ve set up a weekly web meetup where everyone can speak freely and support each other during these trying times.

According to Anicoche, they expect two possible scenarios in crafting the productions under this community quarantine: Code Red, if the ECQ won’t be lifted and they must all work remotely from their homes; and Code Yellow, if there are less restrictions on travel and gatherings, meaning they can bring together the actors in one room and stream their performance.

Through written interviews, we got to reach out with some of the participating directors of this year’s Virgin Labfest. We asked them what challenges they are encountering in this setup, the silver lining on moving to an online stage, as well as some details regarding the plays that they will be directing. Here are their answers:

Translation: “All of our rehearsals and shows, we’re doing online so it’s hard when the material asks for physical contact,” says Vergara, “How will you make it appear as if they’re together in one space? And of course, we aren’t techie so we also have to take a crash course on Zoom and OBS. We’re just really glad for the tech team JK Anicoche has put up.”

She also shared that since her team’s internet speeds vary from each other, they would often experience lag during the rehearsals, likening it to a game of ‘Stop-Dance.’ “I’m just really thankful for the team’s patience, we truly felt the VLF ‘Kapit’.”

Despite such setbacks, Adrienne Vergara still expressed excitement for the upcoming festival and the “uncertainties” that it will present to theater arts.

“The possibilities for theater-making suddenly broadened! We have a brand new playground! It’s exciting to play around, experiment, explore; there are many new discoveries everyday!” she says.

Vergara will be directing Jobert Grey Landeza’s Titser Kit, which tells the story of the young bakwit (displaced indigenous person) who gets into trouble at school and hides inside a dilapidated storage room. Here, he feels safe, until Titser Kit finds him.

For director Jethro Tenorio, the challenge is addressing a certain uneasiness that he feels during rehearsals.

“I can not really pinpoint where the uneasiness comes from,” says Tenorio, “Is it from not being able to see the whole body of the actors when blocking them, or is it from not seeing and feeling the same space, thus posing a hurdle in translating certain visuals to reality? Or maybe it’s from the simple fact that I haven’t even met some of my actors in person and so there seems to be a void in what should have been the connection that physical presence brings?”

But like director Adrienne, Jethro Tenorio is thrilled and honored to be part of this breakthrough moment in VLF history.

“One thing I’m still excited about even if we’re already in the middle of rehearsals, is the newfound way of telling a story using four small screens, one for each of our actors, in one big screen,” states Tenorio.

“It’s a different suspension of disbelief altogether, and I’m excited as to how our audiences would take that leap of faith with us, and enter into the reality we are trying to recreate.” he adds.

In Tyron Casumpang’s Blackpink, a young boy is prohibited from dancing Blackpink’s ‘Kill This Love’ unless he can convince other male students to dance with him. After getting rejected, his all-male family members come to the rescue.

“[Tyron] reminds us that true acceptance of each other happens only if it is an informed kind of acceptance, even and especially if it blooms within an atmosphere of love and support.  I believe that is something a lot, if not all, of us, can relate to.” says director Jethro.

Director Roobak Valle’s plight is not too different from the others. Besides the problematic internet connection, he also feels that some of the plays aren’t just suited for this kind of setup.

As for the advantages, Valle also expressed his excitement to do some experimentation on this new stage, and to try new things to become an effective storyteller in this platform.

“It is very exciting because we are not doing a zoom script reading,” he says, “We are doing a full prod, complete with props and blockings. It tells of a couple having sexual issues one week before their wedding. The whole play takes place inside their bedroom. What I did was to cast a real couple, so I didn’t have any problem with the blockings.”

In Doggy by Dustin Celestino, couple Mark and Jane are finally tying the knot very soon, but there are issues they still have to resolve. Jane doesn’t like certain sexual positions, especially ‘doggy’, and it has always been a source of repressed anger for Mark. Things blow up, however, when a game of ‘Never Have I Ever’ reveals that Jane had been more sexually adventurous in her past relationships.

“The literal distance is a true hurdle” says director Giancarlo Abrahan, “And the communication gap is even wider—with the technological stutters and delays. The remoteness of our presence becomes a challenge because it presents a different manner of interaction.”

He then poses the question, “How does one become present or communicate presence on this platform?”

But despite the ‘how’, his take on the flip side of the situation captures the ‘why’ of this scenario. Why push through with the VLF? To provide that “presence” they are trying to achieve.

“It provides a platform for togetherness in this time when we are forced apart, a space for a collective presence when we are physically prohibited to do so.” Abrahan explains.

Director Giancarlo directs Pilot Episode by Floyd Scott Tiogangco. It tells the story of a young man with Bipolar I disorder who quit his job and gets an episode, which his parents try to attend to.

“I was attracted by how the characters misunderstand each other in their attempt to grasp and control the situation,” says Abrahan, “We all know what it feels to be misunderstood but also want to be left alone at the same time. However, Filipinos especially associate the concept of family with always being there.”

“The challenge of giving support and being family is at the core of the play—which is a tribute to that love that tries to be there and tries to understand even when things are not okay. The disorder is a condition we are examining and mining in this play, but this condition is just ultimately a window to the tendency for unconditional love of parents.” he adds.

Other entries to this year’s Virgin Labfest include Mayang Bubot sa Tag-Araw by Norman Boquiren, Multiverse by Juliene Mendoza, Gin Bilog by Luis Nario, Dapithapon by Jay Crisostomo, and Papaano Turuan ang Babae Humawak ng Baril by Daryl Pasion. For the complete synopses of these plays, visit this link.