The Phantom of The Opera Comes to Manila

Philippine audiences will be able to enjoy outstanding performances from some of the leading actors in the international theatre industry when the world’s greatest musical, The Phantom of the Opera, opens at the CCP Main Theater in Manila from August 25. 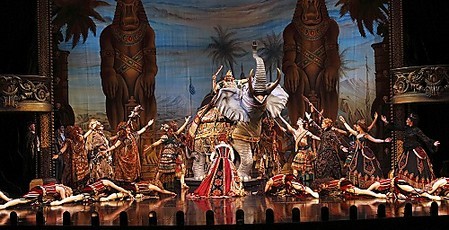 The role of The Phantom - arguably the most sought-after role in musical theatre – will be played by Jonathan Roxmouth. South African-born Jonathan has received numerous awards and nominations from South Africa’s premier theatre. For his outstanding performance as The Phantom for the show’s South African season, he was awarded Best Performance by a Leading Actor in a Musical in the 2012 Fleur Du Cap Awards. 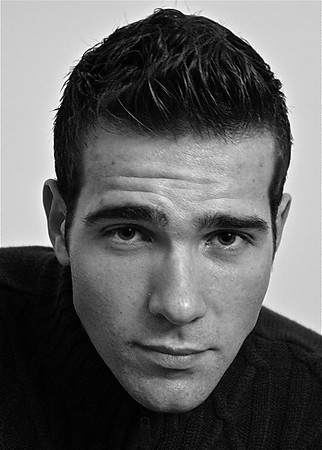 Jonathan has performed lead and principal roles in numerous award-winning musicals such as Cats, Beauty and the Beast, The King and I, Grease, The Buddy Holly Story and Jesus Christ Superstar in USA, Hong Kong and New Zealand.

In addition to his credits as a leading musical theatre performer, Jonathan Roxmouth is an accomplished concert pianist, performing at concerts and corporate events in South Africa.

Producer Tim McFarlane, Managing Director of The Really Useful Company Asia Pacific, said “When I first saw Jonathan’s performance as The Phantom I recognized an exceptional talent, and his interpretation of this iconic role is exciting, fresh and immensely powerful. This kind of talent is just what we are looking for, and Jonathan will be performing the role of The Phantom for the full Asian tour of THE PHANTOM OF THE OPERA. I wouldn’t be surprised to see him perform the role elsewhere in the world in the future.” 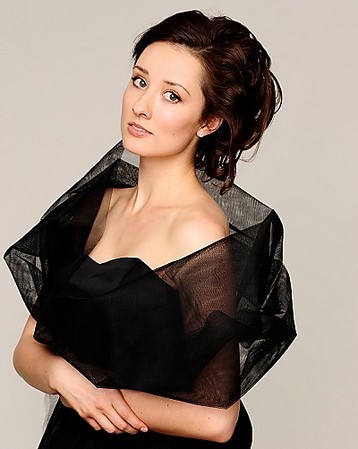 Joining Jonathan is Claire Lyon, playing the equally sought-after role of Christine, the beautiful and talented soprano. Classically trained, Claire graduated from the Victorian College of the Arts at the University of Melbourne in Australia, with a Bachelor of Music Performance.

Most recently Claire has performed the role of Christine numerous times in the new and highly acclaimed Australian production or Andrew Lloyd Webber’s Love Never Dies, the sequel to THE PHANTOM OF THE OPERA.

Prior to joining the cast of Love Never Dies, Claire was a renowned member of Australia’s national opera company, Opera Australia, performing in numerous classic operas such as The Merry Widow, Madame Butterly, Aida, La Traviata, Peter Grimes, Tosca and Carmen. She also performed the roles of Ida in Die Fledermaus and Barbarina in The Marriage of Figaro, and performed in the world premiere of Opera Australia’s Bliss, which went on to enjoy success at The Edinburgh Festival.

As a soprano soloist, Claire has performed in oratorio works such as Rossini’s Petite Messe Solenelle and Bach’s B Minor Mass and Cantata Number 149 with the Victorian College of the Arts Orchestra.

“Claire is the perfect Christine,” said Mr. McFarlane. “She has the most exquisite voice which imbues the role with just the right blend of vulnerability, passion and tragedy. She is a beautiful performer.”

Playing the role of Raoul is Anthony Downing, a highly accomplished actor, singer, dancer, pianist and composer. Trained in South Africa and London, award-winning Anthony has performed in musicals, dance productions, film and TV, and performs with a 7-part acappella group.

Playing Monsieur Firmin is JAMES BORTHWICK, a seasoned actor with many of South Africa’s prestigious theatre, film and TV awards to his credit, the Naledi and Fleur Du Cap Awards for Best Performance in a Musical (2010) for his role as Peron in Evita.

JASON RALPH will be playing the role of Monsieur Andre. Following his first Fleur Du Cap nomination as Most Promising Student while at the University of Cape Town’s Drama Department, Jason has gone on to receive numerous nominations and awards from both the Fleur Du Cap and Naledi Awards during his long career. He won Best Supporting Actor for his performance in The Rocky Horror Show and toured to China, Taiwan and Jakarta in High School Musical. He makes regular appearances on TV and film in South Africa.

International opera singer ANDREA CREIGHTON returns to the role of Carlotta which she last played during the 2007-09 Australasian Tour of THE PHANTOM OF THE OPERA. New Zealand-born Andrea has sung principal roles in numerous classic operas for many international opera companies, including Opera National de Paris and New Zealand Opera. Her concert and recital work has taken her around the world, from engagements with the Auckland Philharmonia Orchestra to the Orchestre National de Paris to the UK’s Halle Orchestra. Andrea has won numerous awards and scholarships during her singing career.

Playing the role of Madame Giry is American-born REBECCA SPENCER. Rebecca premiered the role of Madame Giry in the acclaimed Phantom: The Las Vegas Spectacular which has played to full houses for more than 6 years. Her romance with THE PHANTOM OF THE OPERA began when she was cast in the role of Carlotta in the German production in Hamburg. Rebecca has performed more than 50 principal roles in operas and musicals across the USA and Canada, and has appeared on television and in film. She has performed as a soloist for numerous American Symphony Orchestras, has performed solo concerts in New York, and has recorded two critically acclaimed albums.

The role of Piangi is played by THABISO MASEMENE who most recently performed the role of Don Basilio in Opera Africa’s Le Nozze di Figaro. He has also performed as Nemorino in L’Eisir d’Amore, Ernesto in Don Pasquale and Beppein in Pagliaci, Thabiso is part of a successful group called the Gaabo-motho Tenors with whom he has performed internationally.

Originally from the UK, CAT LANE will play the role of Meg Giry. Cat has performed in numerous musicals in London’s West End and internationally, including Grease, Cats, Footloose, Beauty and the Beast and Saturday Night Fever. She has also performed in Spirit of the Dance on its US tour, and in pantomimes such as Cinderella.

Presented in Manila by Smart Infinity and Citibank in cooperation with Philippine Airlines as the official carrier, THE PHANTOM OF THE OPERA tells the story of a disfigured musical genius known only as ‘The Phantom’ who haunts the depths of the Paris Opera House. Mesmerised by the talents and beauty of a young soprano - Christine, the Phantom lures her as his protégé and falls fiercely in love with her. Unaware of Christine’s love for Raoul, The Phantom’s obsession sets the scene for a dramatic turn of events where jealousy, madness and passions collide.

With nearly 100 tons of scenery, breathtaking special effects, over 700 lights and more than 230 impeccably designed costumes by international designer, the late Maria Björnson, THE PHANTOM OF THE OPERA is an unforgettable musical experience.

Asian Hospital Charities Inc. will open the season on August 25, 8:00 PM as part of their fundraising to help support the medical needs of the underprivileged. Book your tickets at the Asian Hospital Lobby or call 771-9000 local 8202 and take this opportunity to extend your hand to those who are in need.

The Phantom of The Opera Comes to Manila

The world’s most successful and popular musical, and the longest-running show on Broadway - The Phantom of The Opera - will be staged in Manila for a strictly limited season from August 25 to October 14, 2012 at the CCP Main Theatre. 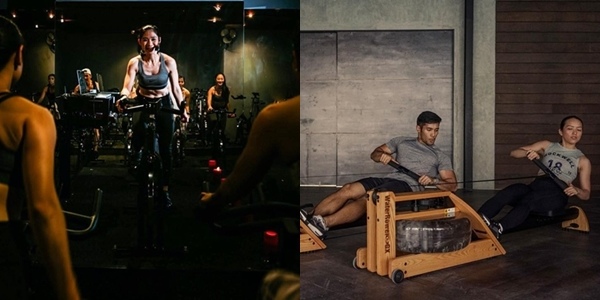 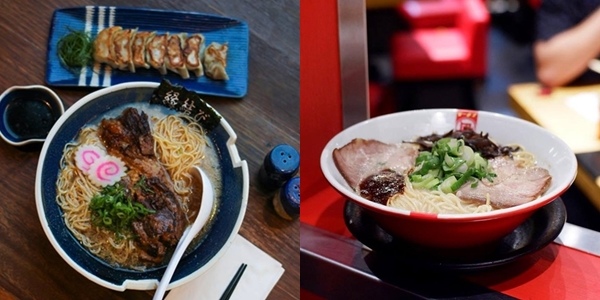 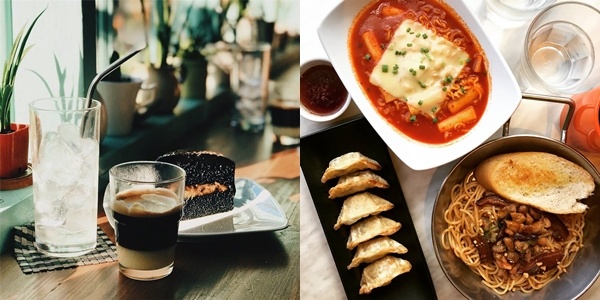 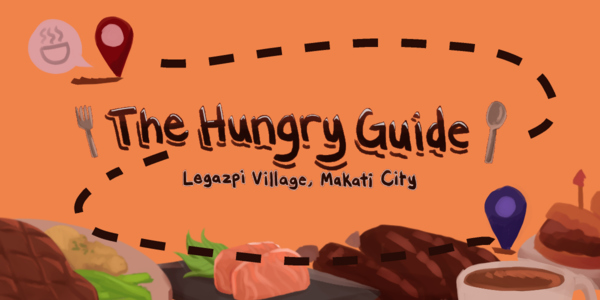