Here are some of the things you don't want to miss about the upcoming Huawei Mate 30 series!

The latest in the Huawei Mate series has finally landed on the local smartphone market!

If you’re planning to get a new phone in the near future and it is Huawei that you highly consider, here are some of the key features of the Huawei Mate 30 Series for you to check out!

One of the unique features of the Huawei Mate 30 Pro is the removal of its physical volume buttons. Instead, you just tap and touch its sides to control the phone’s volume.

These hidden touch buttons are also shaped to take users to the next level of mobile gaming. The touch buttons on the side can also be used as additional controls for your gaming, working like the left and right top buttons on consoles. Now you can conveniently throw a grenade or use a special skill while your thumbs are busy controlling your character’s movements.

Since Huawei skipped the Google Play Store for these new smartphones, you can now get your games and apps via the Huawei App Gallery pre-installed on the Mate 30 series.

Another key feature for this upcoming series is how it can fuse itself to your Huawei Matebook laptop even without internet connection. With your phone’s screen appearing on the laptop, you can easily drap and drop files between the two devices, and edit these while messaging your friends with the same keyboard and mouse. Now you don’t have to repeatedly move from one device to another in order to multitask (the full list of compatible Matebook laptops are yet to be released).

The Huawei Mate 30 series is co-engineered with international brand Leica that specializes in photographic and sport optics equipment, and is the same brand that helped bring us the 50x zoom of the Huawei P30 Pro.

Both the Huawei Mate 30 and Huawei Mate 30 Pro sport the halo ring design for its SuperSensing Cameras, which are made to capture rich details even with a limited light source, be it in photos or videos.

The Huawei Mate 30 has a 24MP front camera, and a SuperSensing Triple Camera on the rear, which consists of a 40MP SuperSensing camera, 8MP Telephoto camera, and a 16MP Ultra Wide Angle camera. With this ensemble, you can get up to 5x hybrid zoom and 30x digital zoom.

Meanwhile, its Pro counterpart has a 32MP front camera plus a 3D Depth Sensor camera at the front, adjusting the light and contrast in one’s environment for a well-balanced photo. Adding to the 40MP SuperSensing camera and 8MP Telephoto camera on the rear are the 40MP CineCamera for Ultra Low-light, Ultra-slow Motion and Ultra Wide Angle Time-lapse recording; and the 3D Depth Sensing camera for producing Bokeh effects. The rear cameras can boast of up to 3x optical zoom, 5x hybrid zoom, and 30x digital zoom.

As an addition to the cutting-edge cameras, the Huawei Mate 30 Pro’s front is also equipped with a Gesture Sensor to create real time commands to your phone with simple gestures from your hand.

For more details on the other specifications of the Huawei Mate 30 series, refer to the list below:

The standard Huawei Mate 30 is priced P34,990, while the more top-notch Hauwei Mate 30 Pro will be available for P50,990. The online pre-registration is now open until November 8 through the Huawei website. 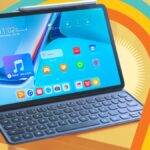 After a year of staying at home for work and schooling, you might find yourself just wasting away your free time. But with this new gadget, you can easily pick up new hobbies like doodling, writing a journal, and so much more! Not only will the Huawei MatePad 11 help you with your productivity as a busy professional, it also helps you express yourself! 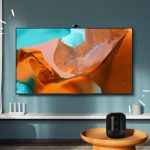 When staying home now also means staying safe, we have a chance to make more meaningful moments with the family. With the new HUAWEI Vision S leveling up your TV viewing experience, these moments are only a few taps away. 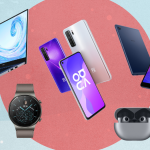 'Tis the season to be merry and bright, so kick it off by surprising friends and family with all things shiny and new! From gadgets, wearables, and laptops, here's a roundup of all the Huawei must-haves that will make this Christmas special. 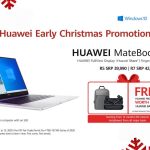 Catch it until November 15!

From fashionable smart watches that track your workouts like a pro to the sleekest wireless earphones that seamlessly connect you to crystal clear music, here's a gift guide for the favorite techies and fitness enthusiasts in your life! 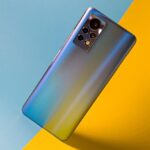 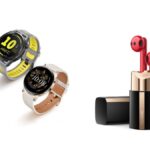 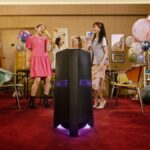 Discover a New Sound Experience with the Samsung Sound Tower 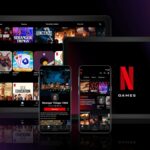 Netflix Games: You Can Play Mobile Games on Your Netflix App Starting Tomorrow! 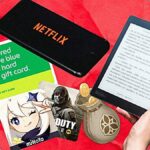 7 Digital Gifts to Send to Your Loved Ones Online 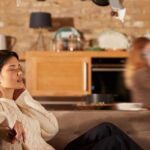