'Colossal' is a quirky sci-fi movie that combines kaiju action and Oscar-winning actress Anne Hathaway into one strange and funny story. 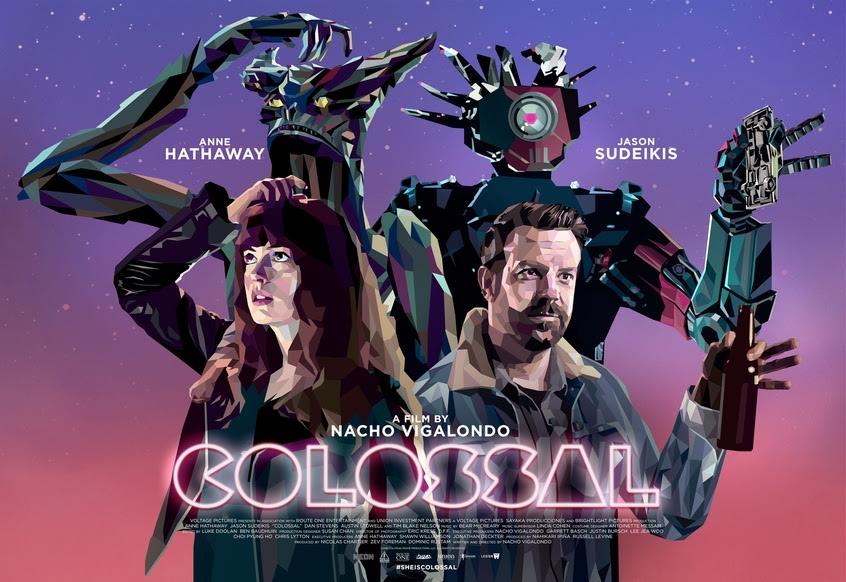 Imagine an alcoholic woman wreaking havoc on another side of the world whenever she gets drink-induced blackouts because she suddenly creates herself a monster—literally?

Sci-fi geeks, you'll want in on this monster fun.

It's stuff the monster movie genre hasn't enjoyed yet on the big screen and led by Hathaway's performance as the alcohol-addicted Gloria alongside comedian Jason Sudeikis, expect a comedy unlike any other.

In Colossal, Gloria (Hathaway) loses her job and gets kicked out by her boyfriend, forcing her to go back home and begin waitressing at her childhood friend Oscar's (Sudeikis) bar. Coming home becomes really strange when she realizes to her horror that whenever she sets foot at the neighborhood playground, her every move is replicated by a massive kaiju (yup, those Japanese monsters) somewhere in Seoul, Korea.

And as any monster movie must deliver, more crazy action and plot twists ensue once more people uncover this odd phenomenon.

Just from the snippets in the official trailer alone, you know Colossal won't be your typical monster movie. See for yourself and watch the trailer below:

Don't miss out on the strange and funny sci-fi fun filled with larger-than-life monsters when Colossal hits the cinemas on Wednesday, May 17, 2017, distributed by Solar Pictures. #SheIsColossal