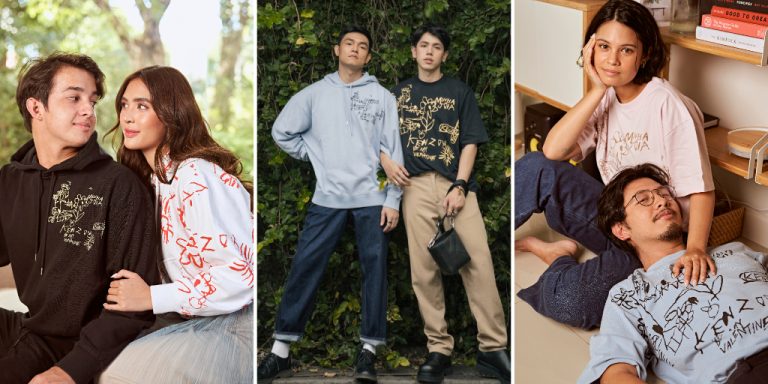 In celebration of love and all it stands for, Kenzo created an exclusive collection of ready-to-wear essentials with love-centric graphics. Like a universal declaration of love, sweatshirts, hoodies, sweaters and oversized T-shirts from this capsule are adorned with flowers, hearts, and handwritten expressions like “Be my valentine,” “KENZO Amour,” and “Minha joía” – or “My jewel” in Portuguese.

Three Kenzo couples behind three enviable committed partnerships, got into the mood for VDay, proclaiming their unflagging love for one anther all while wearing the cutest coordinated ensembles from the Kenzo Valentine’s Day capsule collection.

For one, photographer BJ Pascual and DJ significant other, Mike Lavarez, who always end up looking coordinated – though not on purpose – are the epitome of “coordinated couple cool” in a Kenzo Tee (Pascual) and sweatshirt (Lavarez).

Pascual, who is mostly busy with his advertising shoots – and if he has the time – squeezes in producing shoots for his YouTube channel, wore his „Valentine’s flowers’ oversize black organic cotton T-shirt. Embroidered on the back, is the signature „KENZO Amour’ crest. Said Lavarez of his partner‟s usual personal style: “It is butch femme extravaganza. Lately, he likes to match oversized vintage menswear with very “cute” (and expensive) purses. But I love his „bag.‟ I can conveniently drop my phone in it without him noticing. Less stuff for me to carry. Haha!”

Lavarez, on the other hand, in his organic cotton oversize hooded sweatshirt with „Chest Valentines’ embroidery on the chest and the „KENZO Amour’ signature crest embroidered on back, pushed his personal style envelope – a refreshing change in Pascual‟s point of view. “His style is typically neat yet relaxed and comfortable. But I love the oversized fit on him. It‟s not his usual silhouette but suits him well!”

“We aren‟t exactly matchy-matchy; more like complementary. We make sure we both look cute when we‟re out together,” Lavarez concluded with a laugh. “But being comfortable in whatever outfit we’re wearing is top priority. Confidence follows if you’re comfortable in what you’re wearing.”

Racecar driver, Daniel Miranda, and his valentine, actress Sofia Andres, were a perfect tandem in Kenzo. He in his organic cotton oversize hooded sweatshirt with the „Chest Valentines’ embroidery on the chest and „KENZO Amour’ signature crest embroidered on the back; She in her boxy, hooded sweatshirt featuring the „Be my Valentine’ motif and kangaroo pocket upfront. The gorgeous power couple will be celebrating the first birthday of their daughter, Zoe, in June.

Indie singer, rapper and songwriter, Mito Fabie, or Curtismith, as he‟s more famously known likes his lady, Leila Alcasid, just as she is, describing her sense of style as earthy, personal, and comfortable. Of her look (the oversize organic cotton T-shirt with the „Valentine’s flowers’ pigment print on front and „KENZO Amour’ signature crest on the back), said Fabie, “She wears it like she would wear it – not how she would want people to see her wear it.”

Alcasid, a singer-songwriter and actress, likewise, was particularly partial to her man‟s get-up. “I like that it fits into his current wardrobe really well, and it looks great on him. His style is typically relaxed, functional, and minimal.” This was of course a very befitting oversize T-shirt with a pigmented ‘Valentine’s flowers’ print on the front and embroidered ‘KENZO Amour’ emblem on the back.

The Filipino-Australian beauty, who‟s currently preoccupied with school, can also consider herself muse for her paramour‟s album in the making. 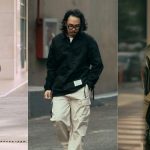 An All-New Dickies Philippines is Here! 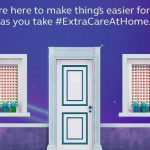 Globe To Deliver Service Support and #ExtraCareAtHome To Those in NCR+ 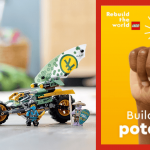 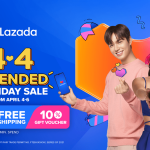 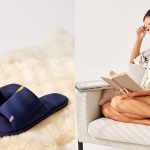 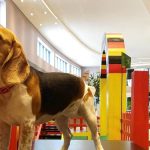