In a recently held press conference, the Gossip Girl star and Penshoppe's newest lead endorser revealed the truth behind all of the gossip.

Spotted: Chuck Bass, away from Manhattan– half-way around the world, in a hotel bar-full of beautiful Filipina girls. It looks like Upper East Side’s resident bad boy immensely enjoyed his short but sweet stay in the islands. And if I heard him correctly, did he just say he’d definitely be back for the babes and beaches? Uh- oh. Should the queen B be worried? 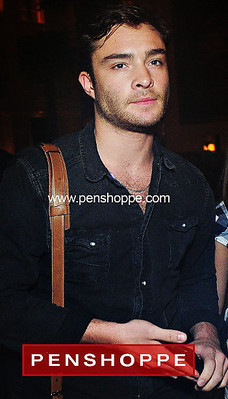 In just one snap, Salon de Ning of the Manila Peninsula turned from a house full of professional media practitioners to a tense and “titillated” room filled with squealing fan girls. Ed Westwick, a 23 year old who has achieved world-wide popularity with his convincing portrayal the role of Chuck Bass– one of Manhattan’s most eligible bachelors in the TV show Gossip Girl, arrived in Manila last Tuesday, May 31 for a brief photo shoot. 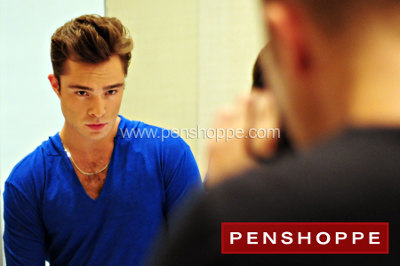 Now the lead endorser for Penshoppe, Ed modeled the local brand’s clothes good enough for the next four seasons of the fashion year ahead. Penshoppe, which is celebrating its 25th year anniversary, picked a young icon like Ed to embody the contemporary re-imaging the brand is meaning to deliver both here and abroad. “We thought that we needed a strong new face, not only here in the Philippines, but also in the international market,” Alex Mendoza, Brand Director of Penshoppe announced. Bringing Ed to Manila (something his frenzied fans are most thankful for) is just the icing on the cake for Penshoppe’s year-long plan which consists of bigger billboards, iconic campaigns, runway shows, and store revamps.

To everyone’s delight, Ed managed to squeeze-in a brief press conference in his hectic schedule. Charming, friendly, and seriously English, the Gossip Girl star and now the new face of Penshoppe, gamely answered the media’s questions in his thick, endearing accent. In this casual interview, he reveals the truth behind all of the gossip. Picture Chuck in a fitted black Penshoppe coat and jeans, talking with an English accent, and you’re good to read on. But oh, don’t forget the smolder and the smile. 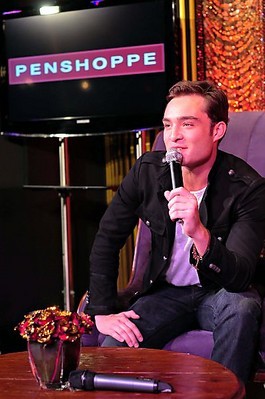 What are some of the differences and similarities between you and Chuck Bass?

“Well. We’re both male. We both look alike, which is very strange, isn’t it? But no, we’re actually very different. He’s such an amazing character to play– so much fun. I have a great time working with the all the people working in the show, but I live quite a different life I’m afraid to say. I don’t ride the limousine quite often.”

Okay, but there is one similiarity, you both have great sense of style and a sense of fashion, do you agree?

“Well yeah, I think fashion is an important part of our lives in this day and age. It’s self expression so it reflects you. Wearing the clothes you wanna wear kind of makes you feel more confident. My character Chuck Bass, he’s got a very unique sense of style– very strong sense of style so it’s a good thing. “ 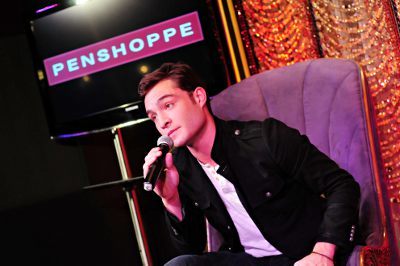 Penshoppe has prepared a great collection of clothes for you. You did a little run through of them at the shoot yesterday. Are they more of Ed Westwick or Chuck Bass?

“I think they are more like a combination actually. It’s quite a bit wholesome– more like what I’d wear. There aren’t too many multi-colored bow ties or things like that but it’s a great combination. There are a lot of great jeans. I’m wearing some of the stuff right now. I’m a pretty big fan of this coat that’s why I’m wearing it right now.”

What’s the biggest influence Chuck Bass had on you?

“How not to mistreat women (laughs). He’s been pretty awful at times. So (he taught me) what not to do.”

How easy has it been to prove to people that you are more than Chuck Bass? What’s something about you that Chuck Bass doesn’t or will never have?

“That’s a good question. You can look at it in two ways: professionaly and personally. Professionaly, he’s a part of the show that has become so well known. A lot of people know the character. You begin to be associated with that character. But as a professional it is important to look for other work, look for different roles. Personally, I’m very different from Chuck Bass. The one thing he will never have is my English charm. He’s got the American charm but not the English charm.”

So what will happen next season. Is Blair pregnant?

“I’m not sure what’s happening yet but we’re shooting the first episode in Los Angeles.”

You have a very sexy English accent. Has it ever slipped (when filming with an American accent)?

“It doesn’t really slip… I can jump into it and jump out of it.”

It’s your first time in the Philippines. What was your concept of what the Philippines is all about before coming here, and now that you are leaving tomorrow?

“Well, I spent some time on my way here reading a little bit. I was surprised to hear that you have 7,000 islands. That’s amazing for me. Yeah, I know it’s very rich in culture. But I didn’t know too much. Now, I’ve kind of touched the surface. I definitely want to go back. I wanna get out to some of the islands which I hear are like paradise.”

You’re leaving so soon, have you picked up any souvenir from the country?

“I have. Where is Mr. Bernie? Because I have forgotten the name of your friend that made me a bamboo chair. (Audience asks: Kenneth Cobonpue?) There. I have one of those so that’s my souvenir.”

How do you find Filipino women?

“In general, everyone that I’ve met is fantastic. (They) have quite an attractive look about them. That’s one of the reasons I’m coming back.”

How excited are you for the new Romeo and Juliet movie?

“Very excited. Great script, (it) keeps the traditional flow of Shakespeare’s traditional language. It’s been fantastic. I get to play Thibault. We’re gonna shoot in Verona, which is one of the oldest places in Italy.”

You’re playing another bad boy in your upcoming movie, Romeo and Juliet. How do you tap into that wild side?

“I think each character has to be treated individually. We have a different set of restrictions with Romeo and Juliet because it is a period piece.”

Would you call yourself a method actor?

“No. Not right now. I’m not practicing method acting right now. But it’s a very interesting area. You know, for somebody to give that much of himself for a role? In the future maybe, when I get a little bit crazier.”

Since Gossip Girl is set in New Yew York and you also live in New York… If we were gonna hang out in New York, what would be our itinerary?

“Well first I’d pick you up from the airport. And it depends what time you get in. If you’re jet-lagged, then you need time to rest so I’d take you to the suite of (a) hotel and then you can do what you wanna do. Then, I don’t know, Central Park is gorgeous this time of the year. There are a lot of great restaurants in New York. It’s really amazing.”

It’s your birthday this month right? What’s your plan?

“My plan is… I’ve got friends coming in from London. But, we all should fly back to Manila and throw a party here, yes? (Audience asks: Are we invited?) Yeah everyone’s invited! No, no (laughs), I have no plans yet. I might be shooting Gossip Girl.”

In between tapings, how do you spend your leisure time?

“I like to play football. And just hanging out with my friends– shooting some pool. Watching movies, because I’m an actor.”

Apart from acting and modelling, what other talents do you have?

“Recently I was trying to play the spoons. You know that? Well I’m not very good yet. I’m good at football. There you go. I’m good at sleeping as well…” 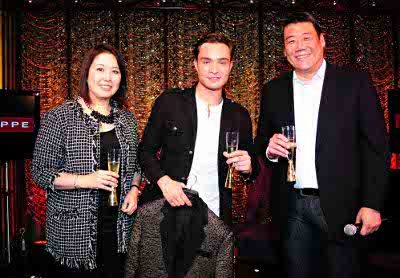 The press conference ends with Ed Westwick obliging to the request of saying his famous Gossip Girl line: “We don’t need passports. I’m Chuck Bass.” The media turned into a frenzy upon hearing him saying the said sentences in his sultry New Yorker accent, paired with his heart-melting smolder.

May Ed be playing the arrogant, filthy rich, Chuck Bass with untamed masculinity, or be the low-key, music-loving, one woman man that he is, one thing is for sure. You know you love him. 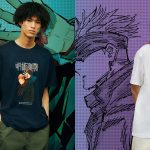 Here are All the Shirts We’re Eyeing on the UNIQLO x Jujutsu Kaisen UT Collection! 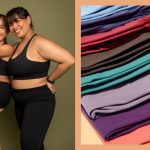 GUIDE: Where to Order Activewear in Many Sizes in Metro Manila 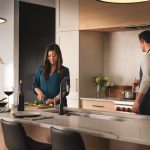 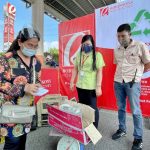 Turn your Trash into Cash at Robinsons Malls’ Recycling Market! 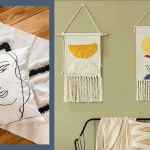 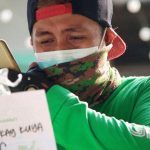 You Can Now Treat Your Grab Rider with Groceries