Bring out the coolers because this year’s summer heat is about to hit an all-time high in Manila! MTV revealed today, Billboard Hot 100 artist, American singer-songwriter Bebe Rexha and Korea’s favorite K-pop idol female group, Apink will sizzle up the award-winning1 MTV Music Evolution Manila 2016 at SM Mall of Asia Concert Grounds on Friday, 24 June 2016. The female acts will join the performers’ line-up already comprised of iconic international pop band and prolific hitmaker OneRepublic, Filipino pop darlings James Reid and Nadine Lustre. The one-night only live music event will celebrate pop music like never before – enabling fans to experience and discover the evolution of pop music and its dance influence that keeps fans moving. Further acts are expected to be announced.

Renowned for her song-writing prowess for artists such as Eminem and Selena Gomez, the Brooklyn-born singer/songwriter Bebe Rexha started her music journey at a young age. “The Monster” – her composition for Eminem and Rihanna – caught the attention of the industry as it was lauded three times platinum. The track’s success was clear as it reached No. 1 on the Billboard Hot 100, which allowed Rexha to prepare for life as a solo artist.

“I’ve never been to the Philippines before but I hear that the people are super friendly and they are really so passionate about music. I’m really looking forward to hanging with you guys and having a good time!” – Bebe Rexha.

“We’ve had so much fun on the MTV World Stage previously. We are looking forward to meeting and performing for our fans in the Philippines. It will be another fun party, so thank you MTV for the invite!” – Apink

Apink is currently one of the most idolized K-pop girl groups formed by PLAN A Entertainment in 2011. Known for their sweet and innocent image and street style that has captivated fans around the world, the award-winning group consists of Park Cho-rong, Yoon Bo Mi, Jeong Eun-ji, Son Na Eun, Kim Nam Joo, Oh Ha Young. Apink made a comeback with the 2015 release of their second album in three years, “Pink MEMORY” and title track “Remember”, which topped all the major Korean music charts, including MelOn, the biggest music streaming site in Korea within a day of its release. The popular song also hit No. 13 on Billboard’s Top Twitter Tracks chart and No.14 on World Digital Songs. The girl group recently returned from a North American tour, which marked the first K-pop girl group to stage multiple shows in North America since 2012.

Recorded live for global telecast under the MTV World Stage global series, MTV Music Evolution Manila 2016 will reach an international audience of more than three-quarters of a billion households in over 160 countries. MTV Asia VJs Alan Wong and Hanli Hoefer will be hosting the event, along with MTV Pinoy VJs Yassi Pressman and Andre Paras. MTV Music Evolution Manila 2016 will showcase iconic and contemporary international music artists and the hottest new acts in both the regional and local music scenes on a single stage, while featuring the best of Philippine music and culture to international youth audiences. Further details of MTV Music Evolution Manila 2016, including additions to the artist line-up, will be announced in the run up to the event. The free-entry2 event will be held for one night only.

MTV Music Evolution Manila is a live music event that brings to life the evolution of a music genre and enables young people to experience and discover how music styles and sounds have evolved over the years. MTV Music Evolution Manila marked its inauguration 2015 edition with a feature on hip hop, which showcased a stellar line-up of international and local acts who took to the stage in celebration of iconic and contemporary hip-hop music. Through explosive performances by Naughty by Nature, YG, Apl.de.ap, DJ Cash Money, and the Philippines’ own Gloc-9 and Abra, MTV Music Evolution Manila 2015 showcased the way that hip hop has shaken up the music scene throughout the years – taking the music genre to whole new levels for a live audience of more than 22,000 fans who gathered at the historic Quirino Grandstand, Rizal Park in Manila.

TRAVEL PACKAGES AVAILABLE EXCLUSIVELY FROM ASIATRAVEL.COM
It’s even easier for overseas fans to catch MTV Music Evolution Manila 2016 live in the Philippines with exclusive travel deals offered on Asiatravel.com from 25 May to 21 June 2016.

Get free entry passes to the MTV Music Evolution Manila 2016 when you choose from available travel packages that include hotel accommodation, airport transfers and flight options. What’s more, you can also get a free PHP 1000 Asiatravel discount voucher per booking for use on your next transaction.

Travel packages are available to travelers visiting Manila in the Philippines in June while stocks last. Check out http://www.asiatravel.com for terms and conditions. 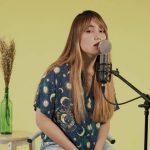 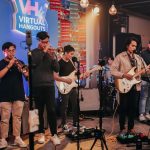 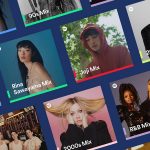 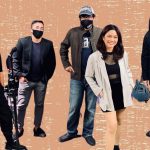 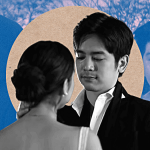 7 Heartbreaking Filipino Music Videos That Totally Gave Us The Feels 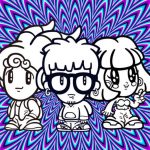