The most attended all-OPM festival in recent history is BACK! – and PACKED with a whole lot of surprises to unveil.

Another year, another round of making history in OPM! Rakrakan Festival just keep on getting BIGGER, LOUDER and BOLDER! And there’s no stopping it! Get ready for a more diverse OPM selection, more stages to enjoy and of course, a whole lot of new activities to experience at the vast Aseana City Concert Grounds on February 24, 2018 for Rakrakan Festival 2018: Pinoy Muna! This year, we will be featuring 120 OPM artists, 6 Stages, a skateboarding exhibition and competition, Live Art contests joined by top universities, merch exhibit and many other thrilling activities. 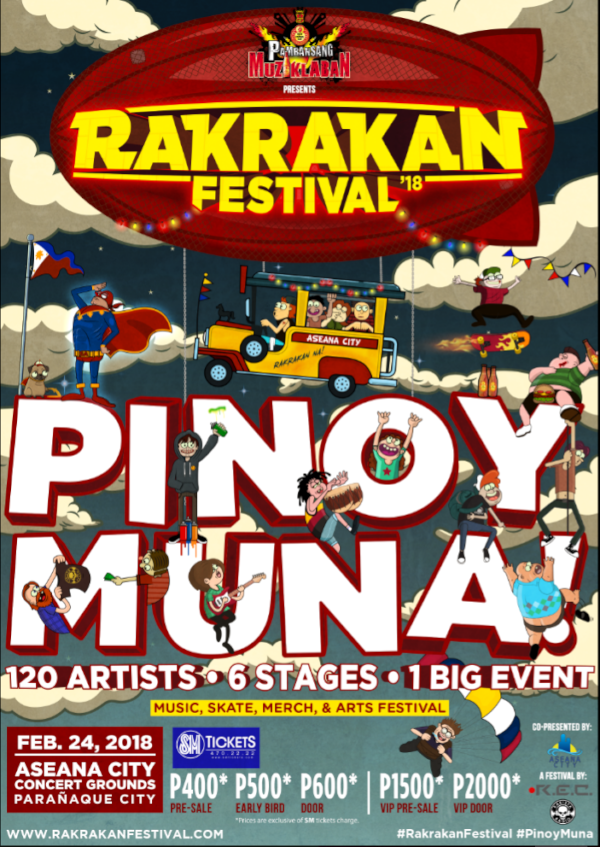 With the addition of the Center Stage, Rakrakan Festival goers may now enjoy an even wider range of genres from their favorite solo artists. With this new stage we will give you iconic performances from Gloc 9, Loonie, Ron Henley, Dello, Smugglaz and also classic performances from the ultimate trio, Freestyle, Side A and South Border. Ely Buendia will also be headlining this brand new stage along with his greatest hits like Ang Huling El Bimbo, Ligaya, Magasin and many more. We will also witness the comeback performance of Orange and Lemons with its original frontman, Clem Castro. And for the first time ever, Silent Sanctuary is going to perform in Rakrakan Festival! And of course, we will still have the Move Stage along with Sponge Cola, Barbie Almalbis, Gracenote, Moonstar88, Urbandub, Hale, 6Cyclemind, December Avenue and Mayonnaise. Slapshock, Kwjan, Philia, Wilabaliw, Basti Artadi and the 2018 Muziklaban Champion along many others are bound to shake up the Mosh Stage. New and upcoming artists are going to dominate the Indie stage, like Ben&Ben, IV of Spades, Agsunta, Leanne & Naara, Clara Benin, Reese Lansangan and more. Brownman Revival, Kokoi Baldo, On The Spot, Miko Suave  and many Filipino reggae and ska artists will bring in the good vibes at the Groove Stage. On the Mosh Stage, Mr. Bones and the Boneyard Circus, The Wuds, Sky Church, Philippine Violators and many more heavier acts will give us performances that will surely take us head bangin’ and slammin’ all night long!

Rakrakan Festival promises to give a one of a kind OPM Festival experience as all performance will run simultaneously on all stages – as it has done so since 2013 – assuring another wild and monumental experience for every OPM fan in attendance.

Rakrakan Festival 2018: Pinoy Muna! Will cater not only to music lovers but also to Art and Extreme Sports fanatics. We have several pocket events that will surely suffice the lifestyle mercenary in you!

Early-bird tickets are now available at all SM Tickets outlets nationwide for only Php 500 and VIPs at Php 1,500 (excluding SM Tickets charges) for limited slots only; door prices are at Php 600 and Php 2,000, respectively.

Check Out: All The Bands and Artists to See In This Year's Rakrakan Festival

Here is the full line up for the 6 stages, each boasting a different and more diverse genres, from pop rock to heavy rock, from reggae to acoustic and from punk to hiphop. And all will surely satiate everyone’s music cravings.
0 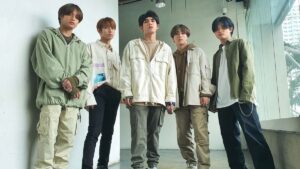 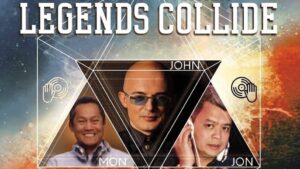