The first music and arts festival in the Philippines opened its gates to a larger and diverse community of performers, artists, bands, and music lovers at its new home at La Mesa Eco Park in Quezon City last weekend, February 29 to March 1, 2020.

Malasimbo Music and Arts Festival 2020 welcomed more than a thousand attendees in its two-day festival of music exploration, art inspirations, and inner-self connections. Professionals and executives from the music business industry were given a platform at the Drilon Orchidarium to share about what it takes to start and flourish in the music industry. From sunrise to sunset sessions, several unearthing activities were conducted at the Narra Grove Pavilion for everyone to breathe in creative and transformative energy through meditation, dance, and arts craft-making.

In its tenth year, Malasimbo found its new home at the La Mesa Eco Park which is home to over one million trees and various species of flora and fauna. Bright-colored lights and projection mappings were installed on the trees to give life to the place during the night concerts and activities.

The lush rainforest in the middle of the metro was brought into light with installed visual art forms decorating the area. Art installations made by artists Olivia D’Aboville, Hohana, Kawayan De Guia, Govinda Jean, and Cherry Ann Fulo took up space on the sides of the amphitheater to create the intimate and alive Malasimbo experience it has been known for.

With the tunes of South American beats, attendees danced in partners to connect and energize throughout the festival. Exercises inspired by Brazilian martial arts called capoeira were also held to improve mind and body functions. Under the shade of over a hundred trees, the music business conference gave a chance to musicians and artists to exchange conversations about being creative, distinct, and strategic in the music business industry.

Manager of Quincy Jones, Michael Peha and manager & Booking Agent of IV of Spades Allan Silonga discussed experimenting with your sound for image and social media branding. They also ask young musicians and artists to always think about the long-term standing of their bands. “Think of your social media [branding] and try to reach out to different areas,” Peha said.

In the past years, Malasimbo has been known for staging acts at its old home in Puerto Galera but as it moved to its new location, Malasimbo produced, once again, great sound at La Mesa Eco Park’s amphitheater.

On the first day of the festival, the crowd sang to festival headliner Mike Love’s “Permanent Holiday,” “Barbershop,” and “No Regrets” as the Hawaiian reggae superstar performed it with his band. A group of light and fire dancers performed on one side of the amphitheater while Mike Love’s singing his songs live. On the second day, just before dawn, Mike Love brought nothing but his guitar and loop pedal on stage as he last performed solo, delivering messages about love, peace, and change for the world.

Completing the second-day lineup was Snarky Puppy’s Cory Henry and the Funk Apostles who delivered music of an intoxicating blend of blues, soul, R&B, Afrobeat, gospel, and jazz that had every festival-goer, including children, jive and groove to their tunes. Even hours before the festival concludes, people tirelessly continued dancing to Cory Henry’s “Trade it All” and “Love Will Find A Way.”

Also present on the Malasimbo stage was Melbourne hit-maker Laneous who brought good music that had the attendees feel nature with some R&B and soul playing live at the amphitheatre. Canadian keyboardist Anomalie and Colombian jazz pianist Jesus Molina Quarter led the final hours of the festival with some jazz, hip-hop, electronic music all performed in their unique styles. Joining the lineup of international acts were Intergalactix and Uncomfortable Science who kept the attendees dancing to their funk and progressive music.

Just before the evening hits Malasimbo, local act Marga Jayy opened the second day of the festival with R&B and soul tunes to festival-goers present early at the amphitheater. Malana, Project Yazz,  and Talata ni Tala had the crowd singing and jamming to their soul, jazz, and R&B tunes. More local artists performed such as Tago Jazz Collective, Brigada, Kadangyan, and Rhythm Masala who brought a sense of Filipino culture on stage with their unique performances.

Malasimbo looked towards one of the last few forested areas in Metro Manila as a place to bring in local and international performers and artists while raising cultural and environmental awareness through continuous listening, creating, and discovering the Malasimbo music and arts scene.

For the benefit of ABS-CBN Lingkod Kapamilya Foundation’s environmental arm, 10% of tickets sold are donated to Bantay Kalikasan. Through the help of donors, volunteers, and partner agencies, Bantay Kalikasan reforested 1,522 hectares within the watershed. It was also able to transform the 33-hectare land into a natural park with an eco-academy facility.

Pioneering music and arts festivals in the country in the last decade, Volume Unit Entertainment is on a mission to continue uplifting the Filipino music and arts scene at Malasimbo Music and Arts Festival 2020. 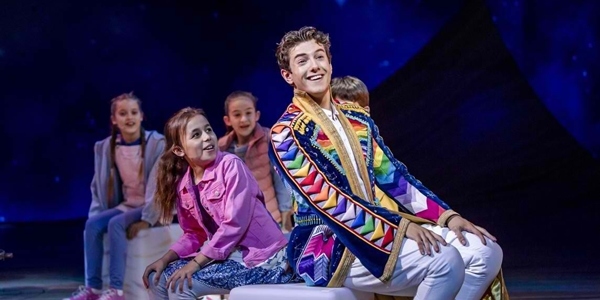