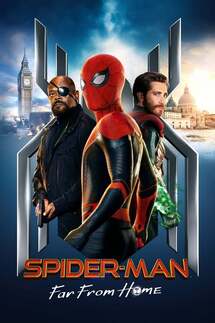 But Spiderman Far From Home is probably one of the most important marvel movies of 2019.

It Perfectly CONNECTS the ending of AVENGERS ENDGAME with the new Phase of Marvel's Cinematic Universe. A world of heroes that doest just save Earth but other Planets and Galaxies as well. (you'll see what I mean when you see the AFTER CREDITS SCENE) yes MAY BONUS SCENE na ulit sa dulo ng credits so make sure to stay until the very end!

Back to the movie, TOM HOLLAND is definitely one of the gifted young actors in Hollywood today. He's so good napa luha ako nung naging ash sya sa Infinity War. And you can expect the same acting from him in this movie.

Remember wala na si Tony Stark, and if you saw the trailer you'll know he will be inheriting Tony's Legacy. A very big shoe to fill for a young high-school kid.

All those "adulting" pressure mixed with high school teenage emotions that everyone will be able to relate to really made this movie a Gem.

There are also A LOT of VERY UNPREDICTABLE moments! Mysterio is the perfect partner for Spiderman in this movie.

In most movies, you'll never know what will happen next. But in SPIDERMAN FAR FROM HOME...

" You are NEVER SURE if what WHAT YOU SAW, REALLY HAPPENED "