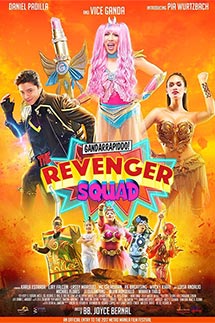 It was an Ok Movie. There's nothing new, the Same formula of comedy but this time they put Vice Ganda film's way better from the previous MMFF entry because of the special effect's (not bad for Filipino films)
Nothing special but if you just want to chill and laugh I think this is one of the best options.