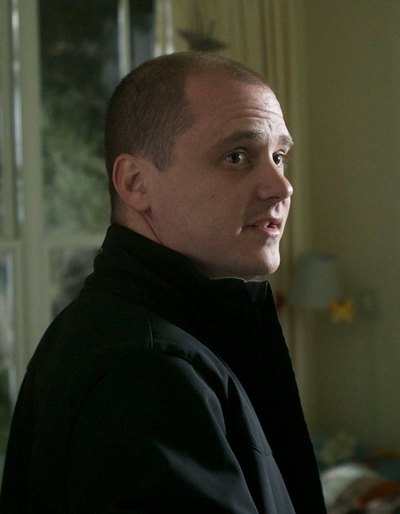 Flanagan also created, directed, produced, wrote, and edited the Netflix supernatural horror series The Haunting of Hill House (2018), based on Shirley Jackson's novel of the same name. He is currently developing a stand-alone second season, titled The Haunting of Bly Manor, which will be based on the novel The Turn of the Screw by Henry James.

Flanagan's work has attracted the praise of critics for his directing, focus on characters and themes rarely depicted in horror, and lack of reliance on jumpscares; Stephen King and William Friedkin, among others, have praised him. He is married to actress Kate Siegel, who has been featured in all of his works since Oculus (with the notable exception of Before I Wake); they also wrote the screenplay of Hush together.

Flanagan was born in 1978 in Salem, Massachusetts. His father was in the United States Coast Guard, and the family moved around often. Although he only briefly lived in Salem, it left an impression on him, and Flanagan retained an abiding interest in both the Salem witch trials and associated topics, such as ghost stories and horror fiction. He was a student at Archbishop Spalding High School. Flanagan eventually ended up in Maryland, where he attended Towson University. He graduated with a BA in Electronic Media & Film and a minor in Theater.

Flanagan's student films were more oriented toward melodrama. He later characterized them as "unfit for public consumption" but said that they were "incredible learning experiences". His first film directed after graduation, Ghosts of Hamilton Street (2003), was filmed in Maryland and featured local actors, including Scott Graham, whom Flanagan met at Towson. Graham would go on to star in Flanagan's 2006 short film, Oculus: Chapter 3 – The Man with the Plan, which he made for $1500.

Flanagan originally intended for the Oculus story to be told in a series of short films, but he could not find the financing. Instead, he shot the chapter that included a back story and used that to demonstrate that he could direct a horror film. The short proved popular at film festivals, and producers were interested in developing the concept; however, they either wanted to shoot it as a found footage film or rejected Flanagan's stipulation that he direct the feature-length adaptation. Flanagan directed Absentia (2011), which was financed through a Kickstarter campaign, in response to this rejection.

Made for $70,000, and filmed in his Glendale, California, apartment, Absentia was released direct-to-video but gained popularity when Netflix offered it on their streaming service. After the surprise success of Absentia, Flanagan returned to Oculus, which he again shopped around. Intrepid Pictures took an interest in the concept and agreed to let Flanagan direct. The feature version of Oculus was filmed in 2012 and released theatrically by Relativity Media in 2014.

After Oculus, Flanagan shot his next film, Before I Wake, in 2013. The film was acquired by Relativity Media in 2014, and was originally scheduled to be released on May 8, 2015, but was pushed back to September 25, 2015 and later pulled from the schedule due to the company's filing for bankruptcy. After a year in bankruptcy court, Relativity then announced the film would be released on April 8, 2016, but did not release the film on the promised date, as the company struggled to get back on its feet. The film was then scheduled to be released on September 9, 2016, but three weeks prior to that date, Relativity once again pulled the film from the schedule, prompting a public argument between Flanagan and Relativity CEO Ryan Kavanaugh on Twitter. Kavanaugh claimed the Sept 9 date was a "bad date," while Flanagan suggested that Relativity wasn't financially able to release the film. Relativity never did release the film, as Kavanaugh sold Relativity to Singapore-based social networking platform YuuZoo in October 2016. Netflix eventually acquired the rights and released the film in January, 2018.

Flanagan wrote and directed Ouija: Origin of Evil, which starred Elizabeth Reaser, Henry Thomas, and Annalise Basso. Production began in September 2015, and the film was released in October 2016, and grossed over $81 million worldwide.

Around the same time, it was revealed that Flanagan had been working on a "secret project" called Hush. Written in 2014 and filmed in March 2015, the project was kept confidential until a screening at the Toronto Film Festival. Written by Flanagan and lead actress Kate Siegel, and also starring John Gallagher Jr., Michael Trucco, and Samantha Sloyan, the film had its world premiere at SXSW in March, 2016, and was released exclusively on Netflix on April 8, 2016.

In 2018, Flanagan created, directed, produced, edited, and wrote the Netflix supernatural horror series The Haunting of Hill House, based on Shirley Jackson's novel of the same name.

In 2019, Flanagan wrote and directed the horror film Doctor Sleep, based on the novel of the same name by Stephen King, itself the sequel to his previous novel The Shining. Ewan McGregor stars as the older version of Danny Torrance in the film, which was released in November.