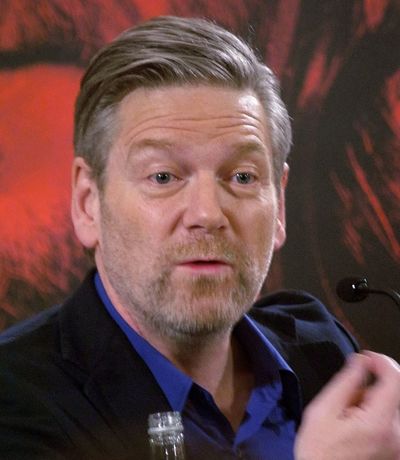 Sir Kenneth Charles Branagh (/ˈbrænə/; born 10 December 1960) is a Northern Irish actor, director, producer, and screenwriter originally from Belfast. Branagh trained at the Royal Academy of Dramatic Art in London, and in 2015 succeeded Richard Attenborough as its President. He has directed or starred in several film adaptations of William Shakespeare's plays, including Henry V (1989) (for which he was nominated for the Academy Awards for Best Actor and Best Director), Much Ado About Nothing (1993), Othello (1995), Hamlet (1996) (for which he was nominated for the Academy Award for Best Adapted Screenplay), Love's Labour's Lost (2000), and As You Like It (2006).

He also narrated the BBC documentary miniseries' Walking with Dinosaurs (starred in 1999) (as well as The Ballad of Big Al), Walking with Beasts (2001) and Walking with Monsters (2005). Branagh has been nominated for five Academy Awards, five Golden Globes, and has won three BAFTAs, and an Emmy. He was appointed a knight bachelor in the 2012 Birthday Honours and was knighted on 9 November 2012.

Branagh, the middle of three children, was born and raised in Belfast, the son of working-class Protestant parents Frances (née Harper) and William Branagh, a plumber and joiner who ran a company that specialised in fitting partitions and suspended ceilings. At the age of nine, he moved with his family to Reading, Berkshire, England, to escape the Troubles. He was educated at Grove Primary School, Whiteknights Primary School, then Meadway School, Tilehurst, where he appeared in school productions such as Toad of Toad Hall and Oh, What a Lovely War!. At school, he acquired Received Pronunciation to avoid bullying. On his identity today he has said, "I feel Irish. I don't think you can take Belfast out of the boy," and he attributes his "love of words" to his Irish heritage. He is known to have attended the (amateur) Reading Cine & Video Society (now called Reading Film & Video Makers) as a member and was a keen member of Progress Theatre for whom he is now the patron. Branagh went on to train at the Royal Academy of Dramatic Art in London.

Branagh achieved some early measure of success in his native Northern Ireland for his role as Billy, the title character in the BBC's Play for Today trilogy known as the Billy Plays (1982–84), written by Graham Reid and set in Belfast.

He received acclaim in the UK for his stage performances, first winning the 1982 SWET Award for Best Newcomer, for his role as Judd in Julian Mitchell's Another Country, immediately after leaving RADA. Branagh was part of the 'new wave’ of actors to emerge from the Academy. Others included Jonathan Pryce, Juliet Stevenson, Alan Rickman, Anton Lesser, Bruce Payne and Fiona Shaw. In 1984 he appeared in the Royal Shakespeare Company production of Henry V, directed by Adrian Noble. The production played to full houses, especially at the Barbican in London. It was this production that he adapted for the film version of the play in 1989. He and David Parfitt founded the Renaissance Theatre Company in 1987, following success with several productions on the London 'Fringe', including Branagh's full-scale production of Romeo and Juliet at the Lyric Studio, co-starring with Samantha Bond. The first major Renaissance production was Branagh's Christmas 1987 staging of Twelfth Night at Riverside Studios in Hammersmith, starring Richard Briers as Malvolio and Frances Barber as Viola, and with an original score by actor, musician and composer Patrick Doyle, who two years later was to compose the music for Branagh's film adaptation of Henry V. This Twelfth Night was later adapted for television.

Branagh became a major presence in the media and on the British stage when Renaissance collaborated with Birmingham Rep for a 1988 touring season of three Shakespeare plays under the umbrella title of Renaissance Shakespeare on the Road, which also played a repertory season at the Phoenix Theatre in London. It featured directorial debuts for Judi Dench with Much Ado About Nothing (starring Branagh and Samantha Bond as Benedick and Beatrice), Geraldine McEwan with As You Like It, and Derek Jacobi directing Branagh in the title role in Hamlet, with Sophie Thompson as Ophelia. Critic Milton Shulman of the London Evening Standard wrote: "On the positive side Branagh has the vitality of Olivier, the passion of Gielgud, the assurance of Guinness, to mention but three famous actors who have essayed the role. On the negative side, he has not got the magnetism of Olivier, nor the mellifluous voice quality of Gielgud nor the intelligence of Guinness."

A year later in 1989 Branagh co-starred with Emma Thompson in the Renaissance revival of Look Back in Anger. Judi Dench directed both the theatre and television productions, presented first in Belfast then at the London Coliseum and Lyric Theatre.

In 2002, Branagh starred at the Crucible Theatre, Sheffield as Richard III. In 2003 he starred in the Royal National Theatre's production of David Mamet's Edmond. Branagh directed The Play What I Wrote in England in 2001 and directed a Broadway production in 2003. From September to November 2008, Branagh appeared at Wyndham's Theatre as the title character in the Donmar West End revival of Anton Chekhov's Ivanov in a new version by Tom Stoppard. His performance was lauded as the "performance of the year" by several critics. It won him the Critics' Circle Theatre Award for Best Male Performance but did not get him a Laurence Olivier Award nomination, to the surprise of critics.

In July 2013 he co-directed Macbeth at Manchester International Festival with Rob Ashford. With Branagh in the title role, Alex Kingston played Lady Macbeth and Ray Fearon featured as Macduff. The final performance of the completely sold out run, was broadcast to cinemas on 20 July as part of National Theatre Live. He repeated his performance and directorial duties opposite Ashford and Kingston when the production moved to New York City's Park Avenue Armory in June 2014. The production marked his New York stage debut.

In April 2015, Branagh announced his formation of the Kenneth Branagh Theatre Company, in which he would appear as actor-manager. With the company, he announced he will present a season of five shows at London's Garrick Theatre from October 2015 - November 2016. The shows will be The Winter's Tale, a double bill of Harlequinade and All On Her Own, Red Velvet, The Painkiller, Romeo and Juliet and The Entertainer. Branagh will direct all but The Entertainer, in which he will star. Branagh will also star in The Winter's Tale, Harlequinade and The Painkiller. Kenneth Branagh Theatre Company also includes Judi Dench (The Winter's Tale), Zoë Wanamaker (Harlequinade/All On Her Own), Derek Jacobi, Lily James and Richard Madden (Romeo and Juliet) and Rob Brydon (The Painkiller). Kenneth Branagh Season In September 2015 was announced that The Winter's Tale, Romeo and Juliet and The Entertainer will be broadcast in cinemas, in partnership with Picturehouse Entertainment.

Branagh is known for his film adaptations of William Shakespeare, beginning with Henry V (1989), followed by Much Ado About Nothing (1993), Hamlet (1996), Love's Labour's Lost (2000) and As You Like It (2006). As You Like It premiered in theatres in Europe, but was sent directly to television in the U.S., where it aired on HBO in August 2007. He was rumored to have been under consideration for the role of Obi-Wan Kenobi in the Star Wars prequel trilogy.

Notable non-Shakespeare films in which Branagh has appeared include Dead Again (1991) and Mary Shelley's Frankenstein (1994), both of which he also directed, Wild Wild West (1999), Rabbit-Proof Fence (2002) and Valkyrie (2008). He starred as Gilderoy Lockhart in Harry Potter and the Chamber of Secrets (2002). He also played the Minister, Dormandy (a parody of PMG Tony Benn), in the film The Boat That Rocked (2009).

Although he had a notable uncredited role as SS-Sturmbannführer Knopp in director Thomas Carter's 1993 film Swing Kids, between 1989 and 1996 Branagh mostly directed his own films, including Peter's Friends, with an outstanding cast including former schoolmates Emma Thompson, Hugh Laurie, Tony Slattery and Stephen Fry, as well as Imelda Staunton and Rita Rudner; but the commercial and critical failure of Love's Labour's Lost ended his directorial career for a time. In 2006, the same year that Branagh's film version of As You Like It was released, he also directed a film version of Mozart's opera The Magic Flute, which has yet to be released in the U.S., where it has not even been shown on cable television or released on a Region 1 DVD. Branagh has also directed the thriller Sleuth (2007), a remake of the 1972 film. At a film promotion for Valkyrie in 2008, Branagh confirmed that he would be directing Thor, a film based on the Marvel superhero. Thor, Branagh's return to big-budget directing, was released on 6 May 2011. In 2011, Branagh portrayed Sir Laurence Olivier in My Week with Marilyn. Branagh directed Disney's live-action version of Cinderella (2015). Branagh is to star in Christopher Nolan's 2017 action-thriller Dunkirk based on the British military evacuation of the French city of Dunkirk in 1940 during World War II. He appears alongside Tom Hardy, Mark Rylance, Cillian Murphy and Harry Styles. Branagh is to direct and star in a film adaptation of Agatha Christie's detective novel Murder on the Orient Express. Production began in London in November 2016, and will also star Judi Dench, Daisy Ridley and Johnny Depp.

Branagh has also been involved in several made-for-TV films. Among his most acclaimed portrayals is that of US President Franklin D. Roosevelt in the film Warm Springs (2005), for which he received an Emmy Award nomination. Though the film received 16 Emmy nominations, winning five (including Best Made-For-Television Film), Branagh did not win the award for his portrayal. He did, though, receive an Emmy for his portrayal of SS leader Reinhard Heydrich in the TV film Conspiracy (2001), a depiction of the Wannsee Conference, where Nazi officials decided on the Final Solution. In 2002 Branagh starred in the two-part television movie Shackleton, a dramatization of the 1914 Imperial Trans-Antarctic Expedition's battle for survival, for which he was nominated for a BAFTA award and an Emmy. In 1998 he narrated the twenty-four episode documentary series Cold War. Branagh also narrated the BBC documentaries Walking with Dinosaurs, World War 1 in Colour, Walking with Beasts and Walking with Monsters, and the BBC miniseries Great Composers.

Branagh is the star of the English-language Wallander television series, adaptations of Henning Mankell's best-selling Wallander crime novels. Branagh plays the eponymous Inspector Kurt Wallander and also serves as the executive producer of the series. The first series of three episodes were broadcast on BBC One in November and December 2008. Branagh won the award for best actor at the 35th Broadcasting Press Guild Television and Radio Awards (2009). It was his first major television award win in the UK. He received his first BAFTA TV on 26 April 2009 for the British Academy Television Award for Best Drama Series. For his performance in the episode One Step Behind, he was nominated in the Outstanding Actor, Miniseries or Movie category of the 61st Primetime Emmy Awards. The role also gained him a nomination for Best Actor at the 2009 Crime Thriller Awards. The second Wallander series of three episodes aired initially in January 2010 on the BBC, and the third season aired in July 2012. The fourth and final series was shot from October 2014 to January 2015 and premiered on German TV, dubbed into German, in December 2015; it aired in the UK, with its original English soundtrack, in May and June 2016.

From 1989 to 1995, Branagh was married to actress Emma Thompson. They appeared together in Fortunes of War, Look Back in Anger, Henry V, Much Ado About Nothing, Dead Again, and Peter's Friends. More recently, they both appeared in The Boat That Rocked, though with no shared scenes. During their marriage, and while directing and co-starring with Helena Bonham Carter in Mary Shelley's Frankenstein, he began an affair with her. After Thompson divorced him, he and Bonham-Carter were in a well-publicised relationship for several years. In 2003, he married film art director Lindsay Brunnock, whom he met during the shooting of Shackleton.

Branagh stated that listening to Laurence Olivier's narration of the Bible made him much more religious. 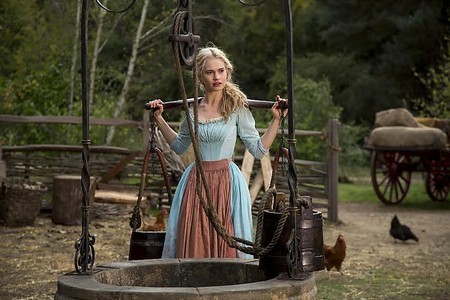 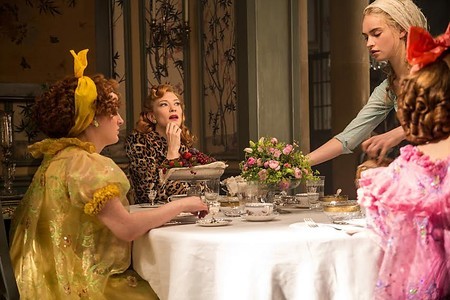 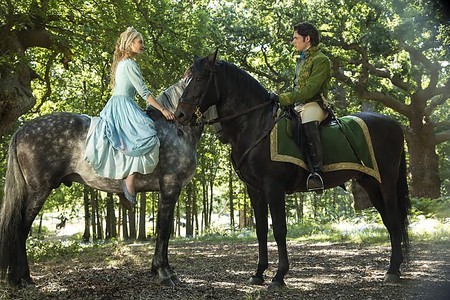 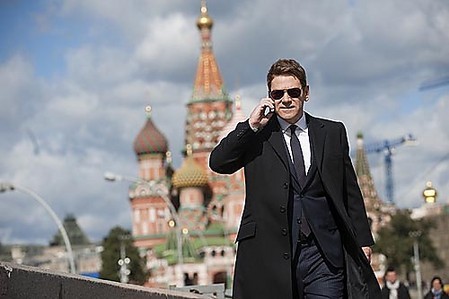 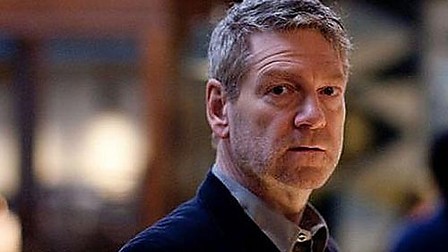 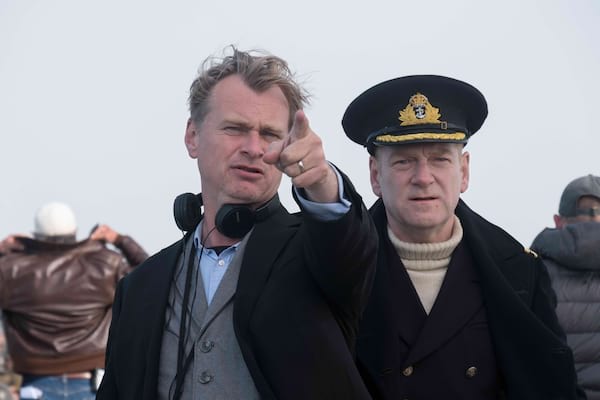 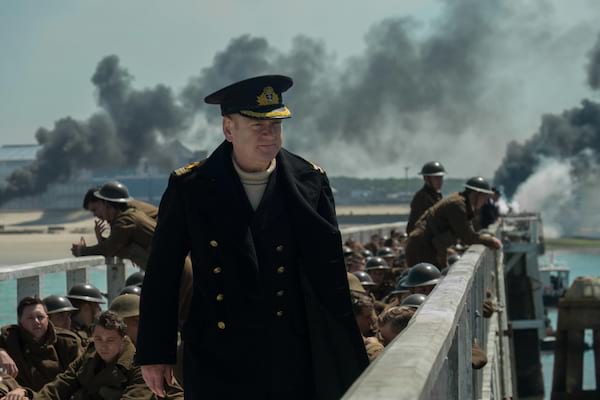