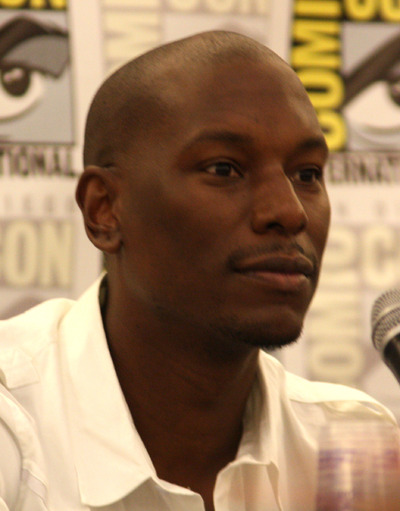 Gibson was born and grew up in the Watts district of Los Angeles, California. His mother, Priscilla Murray Gibson (née Durham), raised him and his three older siblings as a single parent after Gibson's father, Tyrone Gibson, left.

Gibson's career began when he was discovered on a bus. An appearance in a 1994 Coca-Cola advertisement, singing the phrase "Always Coca-Cola", led to bigger fame. After developing a successful modeling career, Tyrese could not push aside his wish to develop a career in the music industry, a goal he had aimed to achieve since he started singing at the age of 14.

In early 1998, Tyrese was signed as an artist to early RCA Records. Afterwards, he released his debut single "Nobody Else". It quickly rose on the Billboard Hot 100 chart, peaking at #36. On September 29, 1998, he released his self-titled album Tyrese. It debuted on the Billboard charts at #17. Afterwards, he released the second single from the album "Lately". It made it to #56 on the Billboard charts. Then, the album's third single and highest charting single "Sweet Lady" became the album's biggest hit, reaching #9 on the R&B charts. The single earned Tyrese a Grammy award for Best R&B Male Vocal Performance at the awards ceremony. The album eventually went on to be certified Platinum. Tyrese along with singers Ginuwine, RL of Next and Case were featured on the soundtrack of the The Best Man on the single "The Best Man I Can Be".

Gibson rose to prominence as an actor when he starred in John Singleton's Baby Boy in 2001.

Gibson is best known for playing Roman Pearce in 2 Fast 2 Furious, the 2003 sequel to The Fast and the Furious alongside fellow actor and friend Paul Walker and Eva Mendes. Singleton was once again the director and it would not be the last for both of them. In 2005 they collaborated for the third time when Gibson co-starred with Mark Wahlberg in the action-crime drama Four Brothers. He went on to star in the action-drama Waist Deep with Meagan Good.

In 2007, Gibson landed his biggest role to date when he co-starred with the ensemble cast of Shia LaBeouf, Josh Duhamel, John Turturro, Megan Fox, Anthony Anderson and Jon Voight in Transformers, directed and co-produced by Michael Bay. Steven Spielberg served as executive producer and the film went on to making nearly $710 million worldwide. Gibson returned once again in Transformers: Revenge of the Fallen (2009) and Transformers: Dark of the Moon (2011). In 2008, he co-starred opposite Jason Statham in Death Race, and then appeared in Legion in 2010. In 2011, he returned as Roman Pearce in Fast Five, and played the character again in the 2013 film Fast & Furious 6.

On December 2013 Tyrese laid flowers at the crash site of Paul Walker who was his best friend. He could be seen visibly crying. An emotional tribute song titled "My Best Friend", featuring The Roots and Ludacris was released shortly after the accident. However, it was later found out to be fan made. Tyrese made an announcement on Twitter about the song saying "FYI me and Ludacris didn't release a tribute song ... It's a nice gesture but it's a fan made tribute ... Thank u." He briefly fell into depression after Walker's death.