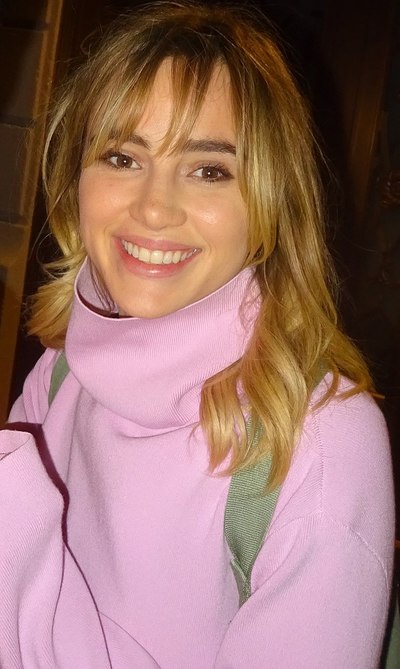 Waterhouse was born in Hammersmith, London and was raised in Chiswick, London, the daughter of Elizabeth, a cancer care nurse, and Norman Waterhouse, a plastic surgeon. She has a brother named Charlie, and two younger sisters, Madeleine and Imogen ("Immy"). Imogen is also a model and actress.

Waterhouse began her modelling career after being discovered in a pub in London when she was 16. When she was 19, she became a lingerie model for Marks and Spencer.

Waterhouse has appeared on the covers of British, Korean, Thai, Taiwanese and Turkish Vogue, Tatler, British and Korean Elle as well as Lucky, L'Officiel, American Marie Claire, French Grazia and 1883 Magazine. Waterhouse has also shot editorials for American, Chinese, Russian, and Japanese Vogue Love Magazine, American Elle, Velour, and Stylist Magazine among others. Waterhouse has also walked the runway for brands including Burberry and Balenciaga and is a regular on the front row at fashion week.

In April 2017, Waterhouse was chosen as the "Mercier Muse" for the makeup brand Laura Mercier.

Waterhouse has shown her photography work at the Eb and Flow gallery in London along with Reggie Yates and Imogen Morris Clarke in an exhibition presented by Next Model Management called 'I'll Be Your Mirror'. In February 2014, she posed completely nude for Dominic Jones Jewelry's autumn/winter campaign at London Fashion Week.

Waterhouse played Marlene in the sequel The Divergent Series: Insurgent (2015), based on the book of the same name. In March 2015 it was announced that Waterhouse had been cast as Arlen in Ana Lily Amirpour's romance thriller film The Bad Batch. Waterhouse also played Quintana in Billionaire Boys Club. In June 2016, it was announced that Waterhouse would play Cecily of York in the Starz miniseries adaptation of the novel The White Princess by Philippa Gregory. She played "The Girl", in the 2017 drama film The Girl Who Invented Kissing, released April 29, 2017 written and directed by Tom Sierchio,

In September 2016, it was announced that Waterhouse would star opposite Ansel Elgort in the film Jonathan.

In September 2016, Waterhouse announced the launch of Pop & Suki, a direct-to-consumer Millennial-targeted accessories brand that she co-founded with her best friend Poppy Jamie and CEO Leo Seigal. The focus of the brand is on customization and versatility, and Pop & Suki has since been featured in publications such as Vogue, Harper's Bazaar, W Magazine, and Elle Magazine.

Celebrities that have worn the brand include Jessica Alba, Lady Gaga, Cara Delevingne, Emily Ratajkowski, Lena Dunham, and Taylor Hill. The brand's signature customizable Camera Bag was referred to by Who What Wear as the "Bag Every It Girl Owns".

For Pop & Suki's launch, the brand took over Mel's Drive-In in Hollywood and converted it into a pop-up pink-themed Pop & Suki Diner.