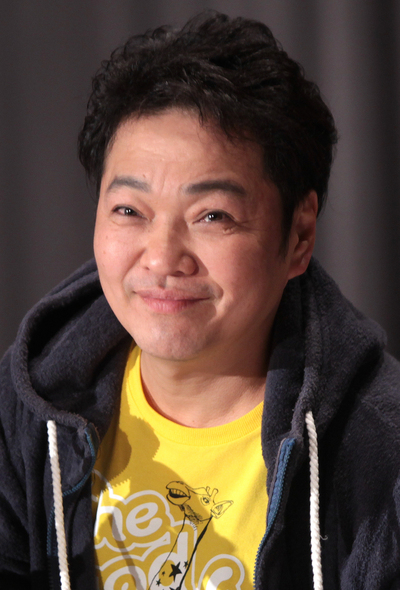 Mitsuo Yamaguchi (山口 光雄 , Yamaguchi Mitsuo , born May 23, 1965) , better known by his stage name Kappei Yamaguchi (山口 勝平 , Yamaguchi Kappei ) , is a Japanese actor, voice actor, singer, and rakugoka affiliated with Gokū and 21st Century Fox. After making his voice acting debut in 1989 as the male version of Ranma Saotome in Ranma ½, Yamaguchi went on to other notable roles, including Inuyasha in Inuyasha and L in Death Note. He currently voices Shinichi Kudo and Kaito Kid in Detective Conan and Usopp in One Piece. He is married and has a son, Ryunosuke, and a daughter, Akane. Ryunosuke and Akane are also voice actors, while the latter is also a rakugoka.

Kappei Yamaguchi plays the role of Usopp in One Piece Film: Red.