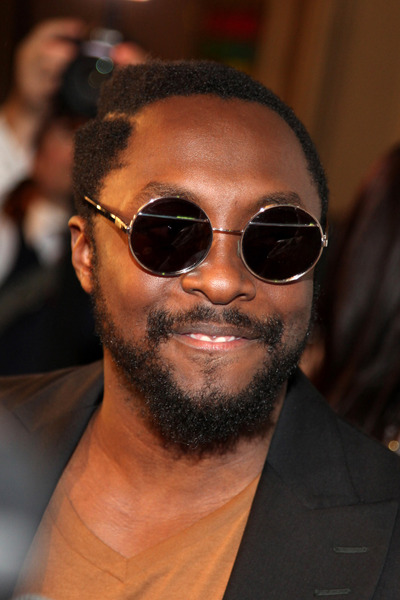 William Adams (born March 15, 1975), better known as will.i.am (pronounced "Will I am"), is an American recording artist, songwriter, entrepreneur, voice actor, DJ, record producer, and philanthropist, best known as one of the founding members of the hip hop/pop band, The Black Eyed Peas. He is the recipient of seven Grammy Awards, eight American Music Awards, a Billboard Music Award, a Teen Choice Award, two MTV Video Music Awards, and three World Music Awards all won with the Black Eyed Peas.

Will.i.am has also released four solo albums. The first,Lost Change, was released in 2001 on Atlantic Records. The album itself is the original soundtrack to the movie of the same name. A music video was made for the song, "I Am", but no singles were released from the album. The second solo album Must B 21 was released on September 23, 2003. Track seventeen on the release, "Go!", was regularly used as the theme for the NBA Live 2005 and Madden NFL 2005 seasons. A video for the track was also recorded for use within the sports, however, no singles were released from the album. The third album, Songs About Girls, was released on September 25, 2007. The first single released from the album was a club track titled "I Got It from My Mama" which peaked on the Billboard Hot 100 at #31 on 17 August 2007. The album also featured the singles "Heartbreaker" and "One More Chance". He released his fourth studio album #willpower in 2013.

Will.i.am is also a music producer. He has produced with other artists including Michael Jackson, Justin Bieber, Eazy-E, Britney Spears, David Guetta, U2, Rihanna, Usher, Justin Timberlake, Earth, Wind & Fire, Nicki Minaj, Cheryl Cole, 2NE1, SMAP, The Game, Nas, Bone Thugs-n-Harmony, Daddy Yankee, Wolfgang Gartner, and Juanes. He is a coach on The Voice UK. In collaborations and with the Black Eyed Peas, he has a total of 34 Top 40 entries on the UK Singles Chart since 1998, and has sold 9.4 million singles in the UK.

William Adams (named "William James Adams Jr." on his birth certificate) was born in East Los Angeles and was raised in the Estrada Courts housing projects in the Boyle Heights neighborhood, where he and his family were among the few African Americans living in a predominantly Hispanic community. He never met his father, William Adams, and grew up with his mother, Debra (née Cain), who encouraged him to be unique and to avoid conforming to the tendencies of the other youth in his neighborhood on the east side of Los Angeles. She encouraged him to begin working on his musical career by sending him to public schools in affluent West Los Angeles. While attending Palisades Charter High School, will.i.am became best friends with Allan Pineda (stage name apl.de.ap), who was also a future member of The Black Eyed Peas. While still in high school, will.i.am and apl.de.ap performed in East L.A. clubs and were soon joined by three other entertainers to form the socially conscious rap group, Atban Klann. Atban Klann caught the eye of Compton rapper Eazy-E and was signed to his label, Ruthless Records.

Adams used to attend raves while in high school. He later said his history with rave culture is why he chose a more electro sound for The Black Eyed Peas' albums The E.N.D. and The Beginning. Despite the use of electro and house music elements, will.i.am prefers to separate the underground from pop. In an article with Los Angeles Times, he mentions that secrecy over the whereabouts of raves is what made raving special, and different from the mainstream.

Will.i.am's music career began in the summer of 1987, when as an eighth-grader, he met up with fellow rapper Allan Pineda (apl.de.ap) and fellow student Dante Santiago. They began performing together around Los Angeles and were soon discovered by rapper/entrepreneur Eazy-E, who signed them to his label Ruthless Records in 1992. At the time, Will was known as "Will 1X". The Atban Klann's first ever official track, "Merry Muthafuckin' Xmas", was included on Eazy-E's EP 5150: Home 4 tha Sick. After this, the trio began recording an album, "Grass Roots", with the help of producers Mookie Mook and DJ Motiv8, however, the album was never released, due to Eazy-E's death in 1995. After Eazy's tragic death, Atban Klann changed their name to the Black Eyed Pods, and Will replaced Dante with Jaime Gomez, better known under his stage name of Taboo. In 1997, they once again changed their name, this time to The Black Eyed Peas, and began recording their first album, "Behind the Front", with the help of soul singer Kim Hill. They were soon signed to Interscope Records, and released their debut single, "Joints & Jam", in early 1998. The album was successful enough for the group's contract to be renewed, and in 2000, a second album, Bridging the Gap, was released.