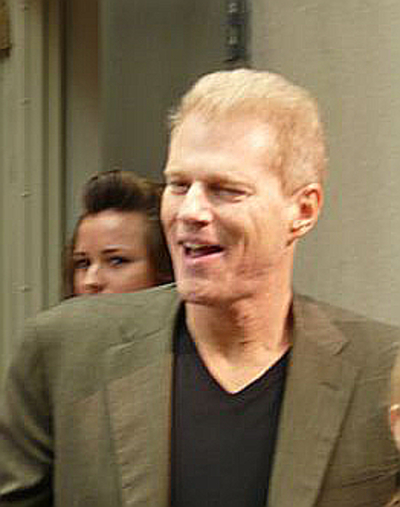 Emmerich was born in New York City on February 27, 1965, to a Jewish family, the son of Constance, a concert pianist, and André Emmerich (1924–2007), a gallery owner and art dealer from Frankfurt, Germany. He has two brothers: Toby Emmerich, president and chief operating officer at New Line Cinema, and a screenwriter as well; and Adam Emmerich, a mergers & acquisitions lawyer at the firm of Wachtell, Lipton, Rosen & Katz in New York.

He studied the Meisner technique of acting privately under Ron Stetston, an actor/director who is currently senior member of the acting staff at the Neighborhood Playhouse in New York City. He is a graduate of Yale University, where he majored in History and sang in the "Yale Spizzwinks(?)"a cappella singing group.