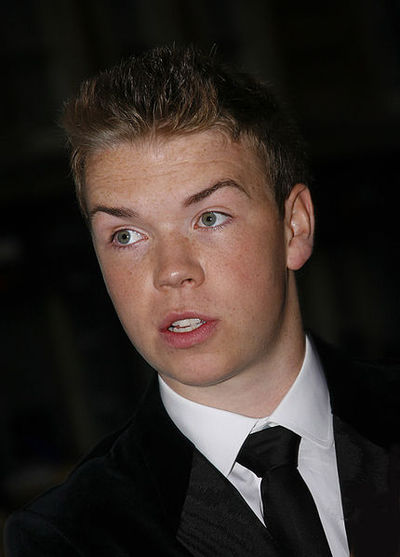 William Jack "Will" Poulter (born 28 January 1993) is an English actor. He is notable for his roles as Lee Carter in Son of Rambow (2007), Eustace Scrubb in The Chronicles of Narnia: The Voyage of the Dawn Treader (2010), Kenny Rossmore in We're the Millers (2013), and Gally in the film adaptation of the young-adult dystopian science fiction novel The Maze Runner (2014). In 2014, Poulter won the BAFTA Rising Star Award.

Poulter was born in Hammersmith, London, the son of Caroline, a former nurse, and Neil, a professor of cardiology. He was educated at Harrodian School.

Poulter played various acting roles before landing the role of Lee Carter in the 2007 movie Son of Rambow, which was released to positive reviews, and praise for the performances of Poulter and his co-star Bill Milner. He also performed with other young comedic actors in School of Comedy, which aired its pilot on Channel 4's Comedy Lab on 21 August 2008. School of Comedy was then commissioned for a full series by Channel 4, which began airing on 2 October 2009. The programme finished after a second series.

In 2009 he was selected to play the role of Eustace Scrubb in the film The Chronicles of Narnia: The Voyage of the Dawn Treader (filmed in Queensland, Australia), and was accompanied by some members of his family. The movie was first screened on 10 December 2010. The film opened to mixed reviews, but Poulter's performance was well-received.

In 2013, he played Kenny in We're the Millers, starring Jennifer Aniston and Jason Sudeikis. While the film opened to mixed reviews, the performances of the cast were well-received, especially Poulter. For his role in the film, Poulter won the BAFTA Rising Star Award. He also appears as a caretaker in the music video for Rizzle Kicks' song "Skip to the Good Bit".