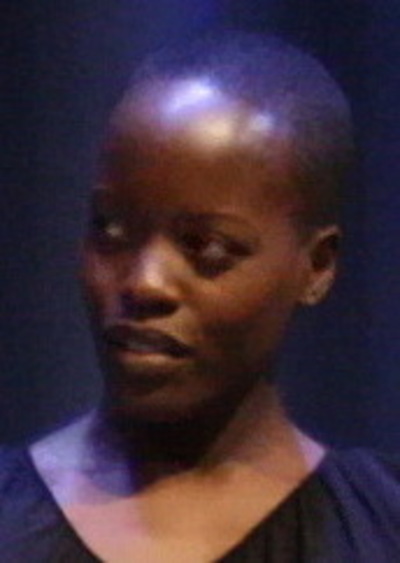 Florence Kasumba (born 26 October 1976) is a German Ugandan actress. Other than acting in German and Dutch films, she is known for playing the part of Ayo in Captain America: Civil War, a role she will reprise in the upcoming Black Panther. She also played Senator Acantha in Wonder Woman and the Wicked Witch of the East in the NBC television series Emerald City.

Florence Kasumba was born on 26 October 1976 in Kampala, Uganda.

Kasumba has appeared in a variety of Dutch, German and English language films and television series.

Her single line interaction with Scarlett Johansson's Black Widow in the 2016 film Captain America: Civil War has been called "scene stealing". Her role was credited as that of a security guard for Black Panther, with speculation that the character was a member of the Dora Milaje, an all female fighting squad. This was confirmed when Kasumba was announced to be appearing in the Black Panther solo film as Ayo, who is a member of the Dora Milaje in the comic books.

Following her first appearance in the Marvel Cinematic Universe, she played Senator Acantha in 2017's Wonder Woman and the Wicked Witch of the East in the NBC television series Emerald City.

She was nominated for the Black Entertainment Film Fashion Television & Arts Award for International Rising Star in 2016, against Lupita Nyong'o, John Boyega and Lisa Awuku. Kasumba is due to appear alongside Nyong'o in Black Panther, with both their characters being members of the Dora Milaje.