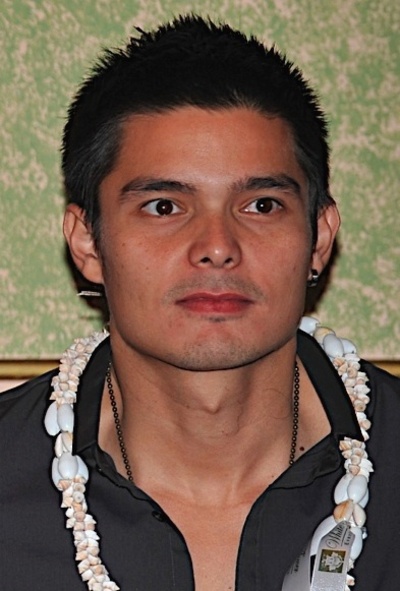 Dantes was born in Quezon City, Philippines on August 2, 1980 to Sixto Zafra Dantes Jr. and Maria Angelita "Angeline" Enriquez Gonzalez. He began his career as a child model at the age of two, appearing in a television advertisement for a dairy product. Several other commercials ensued before he joined an all-male dance group called Abztract Dancers, with his friend, actor Nathan Dados, and his cousin, actor Arthur Solinap. Their group became regulars on Eat Bulaga! and That's Entertainment.

As an actor, his first movie appearance was in the Shake, Rattle and Roll V episode "Anino". After three years, he debuted on GMA Network's youth-oriented T.G.I.S. when he was 17, under the name Raphael Dantes playing the role of Iñaki. He was first paired with Antoinette Taus. Dantes and Taus became one of the most memorable loveteams in Philippine entertainment industry, especially in the 90's. He appeared in films like Honey My Love So Sweet, Kiss Mo 'Ko and I'm Sorry My Love, and television programmes including Anna Karenina, and did a few guesting stints on ABS-CBN such as a F.L.A.M.E.S. episode, a youth-oriented romantic-drama anthology with different love teams and stories that aired from 1996 to 2000.

In 2000, Dantes appeared in the sitcom Super Klenk. In 2001, he was paired with actress Tanya García as they top-billed GMA-7's primetime soap opera series Sana Ay Ikaw Na Nga. The two headlined in another primetime romance-drama billing in 2003 titled Twin Hearts. He took on several hosting jobs including beauty pageants such as Binibining Pilipinas and GMA Network's reality artist search, StarStruck, and the game show Family Feud before its transfer to Edu Manzano. Aside from his television stints, he also appeared in films including Magkapatid and Pangarap Ko Ang Ibigin Ka. He hosts the suspense-thriller Wag Kukurap, occasionally directing. He played King Ybrahim in the Encantadia fantasy-themed television saga and the 2006 film Moments of Love.

In 2007, Dantes portrayed the lead role Sergio to Marian Rivera's character, Marimar. During the same year, he was named No. 1 Bachelor of 2007 by Cosmopolitan magazine (Philippines). He won the USTV Students’ Choice Award for "Most Popular Actor in a Drama/Mini-series."

In 2008, he was cast by his home studio to play the role of Fredo, a love interest of Dyesebel in Dyesebel. In March 2008, he debuted as the Bench image model.

Also in 2008, Dantes starred in One True Love. The Cinema Evaluation Board of the Philippines rated the film a B. In early 2009, Dantes appeared on Ang Babaeng Hinugot Sa Aking Tadyang.

Dantes was chosen as Myx guest VJ in August 2009 to promote his album The Dingdong Dantes Experience. The album turned gold one week after it was released on the variety show SOP.

Dantes was chosen to portray the role of "Cholo" in the Philippine adaptation of the Korean drama Stairway To Heaven. He replaced Richard Gomez as the new host for Family Feud.

In 2010, Dantes was scheduled to release You Are To Me Are Everything. He was part of Regine Velásquez and Ogie Alcasid's U.S. tour mid May–June. He appeared in the television show Endless Love from 25 June to 15 October 2010. Dantes became a cohost of Party Pilipinas on channel 7. He won the "Best Drama Actor Award" for Stairway To Heaven in the 2010 Star Awards for TV and was nominated for the same category at the 2010 Asian Television Awards.

In 2011, Dantes did a comedy primetime TV series titled I Heart You, Pare! with his leading lady Regine Velasquez. He plays an obnoxious macho guy who falls with a heterosexual woman played by Velásquez who, after a chance encounter, will meet again as she plays a drag who tries to run away from the law. They will fall in love unexpectedly. Unfortunately Regine Velásquez left seven weeks before the series came to a close due to her pregnancy with husband Ogie Alcasid. Iza Calzado replaced Velásquez in the series.

He was to be part of a Star Cinema suspense film Segunda Mano with Kris Aquino and Angelica Panganiban for the 2011 Metro Manila Film Festival. This marks Dantes' first project with rival station and film archive Star Cinema a division of ABS-CBN. It was his first time to work with Kapamilya stars. He stated that he signed a one-film contract with Star Cinema to do the film and work with Kris Aquino.

He was slated to do a primetime TV series My Beloved which is scheduled to air February 13, 2012.

In June 2012, he was chosen to star in another MMFF Entry for 2012 in the film One More Try starring Kapamilya actors Angelica Panganiban, Angel Locsin and Zanjoe Marudo. It is Dingdong's second film with rival Star Cinema of ABS-CBN and is a comeback for Ruel S. Bayani after his critically acclaimed successful blockbuster film No Other Woman hit the box-office last year. It is an adult-themed drama and a comeback for then Kapuso star Angel Locsin to work with the Kapuso star.

In 2013, Dantes and Marian Rivera joined PETA in their campaign to free Mali from the Manila Zoo, where she has been kept for the majority of her life alone in a tiny enclosure and in need of proper care.

He is currently the Chief Operating Officer of Hyundai West Parañaque.

In March 2014, Dantes was awarded his college degree by West Negros University.

In May 5, 2014, Dantes was appointed and sworn-in by President Benigno Aquino III as commissioner-at-large of the National Youth Commission. 2 years later, he decided to resign as the NYC commissioner to give way for his endorsement for Grace Poe as president and Leni Robredo as vice president in the 2016 national elections.

Dantes proposed for the second time to his perennial leading lady and longtime girlfriend, Marian Rivera, on the Marian dance show on August 9, 2014. They met on the set of Marimar in 2007. His first proposal was in Macau on August 2012.

In December 30, 2014, Dantes married Rivera in the Immaculate Conception Cathedral, Cubao, Quezon City. Both Dantes and Rivera are exclusive artists of GMA Network. After years of hard work and proven successes of their television projects, both individually or together, GMA gave them the honor of the title as their network's primetime king and queen. Thus, their wedding was given the title "The Royal Wedding". They announced they are expecting their first child in April 2015. Rivera gave birth to Maria Letizia on November 23, 2015.