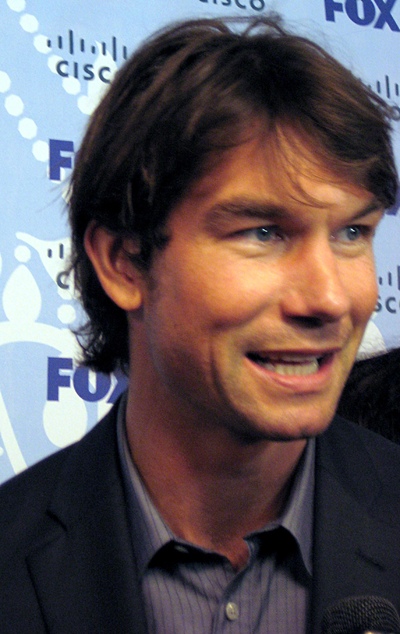 Jeremiah "Jerry" O'Connell (born February 17, 1974) is an American actor, best known for his roles in the TV series Sliders, Andrew Clements in My Secret Identity, Vern Tessio in the film Stand by Me, Derek in Scream 2, Charlie Carbone in Kangaroo Jack, and Detective Woody Hoyt on the drama Crossing Jordan. He starred as Pete Kaczmarek in the CBS TV series The Defenders until its cancellation in 2011. He also had a starring role in the comedy horror film Piranha 3D.

O'Connell was born in New York City, the son of Linda (née Witkowski), an art teacher, and Michael O'Connell, an advertising agency art director. His maternal grandfather, Charles S. Witkowski, was the mayor of Jersey City, New Jersey. O'Connell is of half Irish, one quarter Italian, and one quarter Polish ancestry. O'Connell was raised in Manhattan with his younger brother, Charlie O'Connell, also an actor. As a teenager, he attended Manhattan's Professional Children's School. He attended New York University (NYU) from 1991 to 1994, majoring in film. While there, he studied screen writing and competed on the NYU fencing team, serving a stint as captain of the sabre squad.

O'Connell began his acting career at a young age. As a child, he did commercial work for Duncan Hines cookies. Shortly after at the age of eleven, he landed his first feature film role as the character Vern Tessio in Stephen King's Stand by Me. O'Connell starred in the Canadian science fiction sitcom My Secret Identity from 1988 to 1991 as the teen hero who develops superhuman traits. During a summer break from NYU, Jerry starred in the feature film Calendar Girl alongside Jason Priestley and Gabriel Olds. He also appeared in the short-lived ABC sitcom, Camp Wilder with Jay Mohr and Hilary Swank in 1992. In his Junior year, O'Connell auditioned for the TV pilot Sliders (also filmed in Canada). He was offered the role of Quinn Mallory in the series, which ran for three seasons on Fox and two seasons on the Sci-Fi Channel. He served as producer during his fourth and final season, and is credited with writing and directing several episodes.

After weeks of officially stating that the couple were "trying" to get pregnant, a publicist for the pair confirmed that Romijn was pregnant with twin girls. When talking about having children, O'Connell said "I am excited I am having girls. I know guys are supposed to say, 'I want a boy. I want to play baseball,' but I think I'm going to be good raising girls...I can't wait. They're going to be tough chicks. They're only having sex when I'm dead. If they don't date boys at all and just want them to be infatuated with their father, that's what I'm really going for." O'Connell and Romijn welcomed twins Dolly Rebecca Rose and Charlie Tamara Tulip on December 28, 2008.