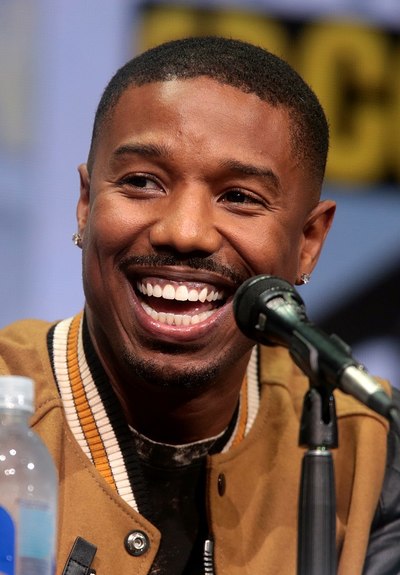 Michael Bakari Jordan (born February 9, 1987) is an American actor. Jordan's television roles include Wallace in the HBO series The Wire (2002), Reggie Montgomery in the ABC soap opera All My Children (2003–2006), and Vince Howard in the NBC drama series Friday Night Lights (2009–2011).

Jordan's film roles include shooting victim Oscar Grant in the film Fruitvale Station (2013), for which he received considerable critical acclaim, the Human Torch in the 2015 Fantastic Four, and Adonis Creed in the Rocky sequel film Creed (2015). Other film performances include Red Tails (2012), Chronicle (2012), That Awkward Moment (2014) and the forthcoming superhero film Black Panther (2018). He frequently collaborates with filmmaker Ryan Coogler.

Jordan was born in Santa Ana, California, the son of Donna (née Davis), an artist and high school guidance counselor, and Michael A. Jordan. He is the middle of three children with an older sister, Jamila, who works in production, and a younger brother, Khalid, who was a football player at Howard University.

Jordan had not planned to go into acting, though he had done some modeling for local companies, as well as for Modell's sporting goods and Toys "R" Us. Jordan launched his career as a professional actor in 1999, when he appeared briefly in single episodes of the television series Cosby and The Sopranos. His first principal film role followed 2001 when he was featured in Hardball, which starred Keanu Reeves. In 2002, he gained more attention by playing the small but pivotal role of Wallace in the first season of HBO's The Wire. In March 2003, he joined the cast of All My Children playing Reggie Porter, a troubled teenager, until June 2006 when Jordan was released from his contract. Jordan's other credits include guest starring appearances on CSI: Crime Scene Investigation, Without a Trace and Cold Case. Thereafter, he had a lead role in the independent film Blackout and starred in The Assistants on The-N. In 2008, Jordan appeared in the music video "Did You Wrong" by R&B artist Pleasure P. In 2009, he guest-starred on Burn Notice in the episode "Hot Spot", playing a high school football player who got into a fight and is now being hunted by a local gangster. In 2010, he guest-starred in the Law & Order: Criminal Intent episode "Inhumane Society" as a boxer involved in a Michael Vick-inspired dog fighting scandal.

In 2009, Jordan began starring in the NBC drama Friday Night Lights as quarterback Vince Howard, and lived in an apartment in Austin where the show was filmed. He played the character for two seasons until the show ended in 2011. In 2010, he was considered one of the 55 faces of the future by Nylon Magazine's Young Hollywood Issue. That year, he landed a recurring role on the NBC show Parenthood playing Alex (Haddie Braverman's love interest). This marked his second collaboration with showrunner Jason Katims, who was in charge of Friday Night Lights. BuddyTV ranked him #80 on its list of "TV's Sexiest Men of 2011". Jordan voiced Jace in the Xbox 360 game, Gears of War 3.

In 2012, Jordan appeared in the George Lucas-produced movie Red Tails and played one of the leads in Chronicle, a film about three teenaged boys who develop superhuman abilities. He also guest-starred in an episode of House's final season, playing a blind patient.

In 2013, Jordan starred as shooting victim Oscar Grant in Fruitvale Station, directed by Ryan Coogler. His performance earned him critical acclaim; The Hollywood Reporter film critic Todd McCarthy writing that he reminded him of "a young Denzel Washington". Following his role in Fruitvale Station, Jordan was named an "actor to watch" by People and Variety. Time named him with Coogler one of 30 people under 30 who are changing the world and he was also named one of 2013's breakout stars by Entertainment Weekly and GQ.

In 2015, he starred as Johnny Storm, the Human Torch, in Fantastic Four. The film was universally panned by critics, holding a 9% approval rating on Rotten Tomatoes, and was a bust at the box office.

However, later in 2015, Jordan rebounded with critical acclaim and positive reviews when he starred as Adonis Creed, the son of boxer Apollo Creed in the Rocky sequel Creed, his second collaboration with Coogler, which co-starred Sylvester Stallone. Jordan prepared for his role as a boxer in Creed by undertaking one year of rigorous physical training and a stringent low-fat diet. He did not have a body double during filming and was "routinely bloodied, bruised, and dizzy" when fighting scenes were being filmed.

In February 2018, Jordan costarred in a film that marked his third collaboration with Coogler, Black Panther, as the villain Erik Killmonger. He received much praise for his work, with Jason Guerrasio of Business Insider deeming Jordan’s performance to be "incredible" and saying that “Jordan plays a Killmonger fueled with hate and emptiness — we won’t give away why — but he also delivers it with a swagger that’s just a joy to watch. The movie takes off more in story and viewing enjoyment whenever Jordan is on screen.”

Later in 2018, Jordan will star in Fahrenheit 451, which costars Michael Shannon and Laura Harrier. The television film will be distributed on HBO by HBO Films.

Jordan will portray Bryan Stevenson in a biopic titled Just Mercy, which will shoot in early 2018. Furthermore, he is slated to re-team with Coogler for the fourth time in a film titled Wrong Answer, based on the Atlanta Public Schools cheating scandal. Jordan will also be appearing in a second remake of The Thomas Crown Affair. In March 2017, it was reported that Warner Bros. wants to cast Jordan as a younger version of Morpheus in a possible prequel of The Matrix.

Jordan has lived in Los Angeles since 2006. He grew up in a religious household and now considers himself to be "spiritual." 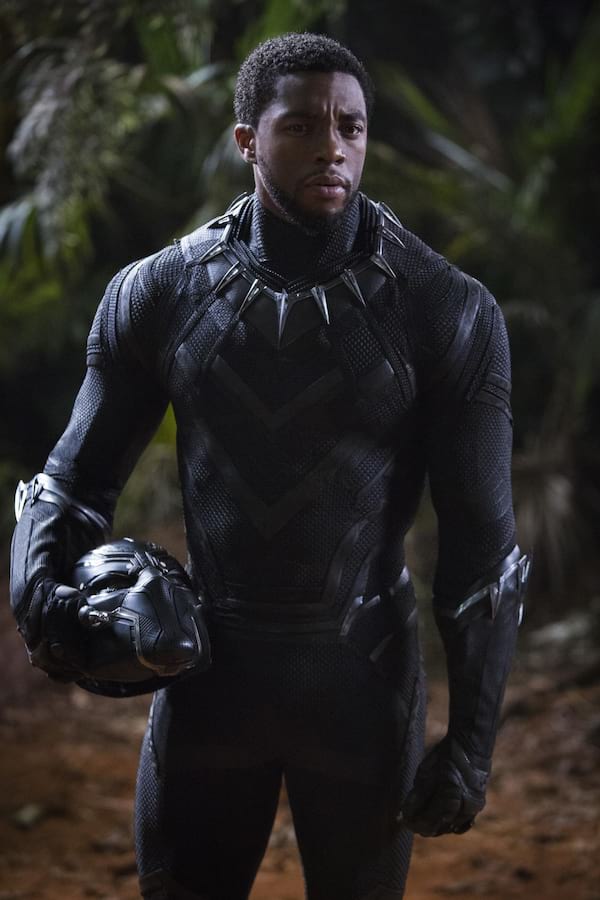 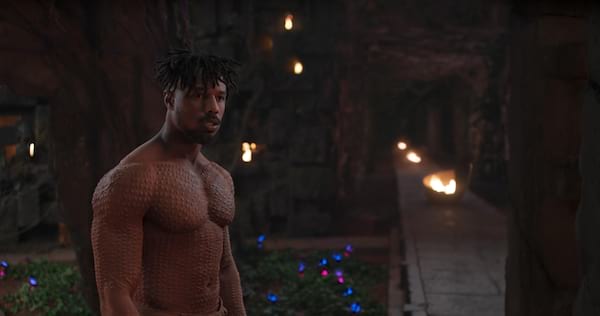 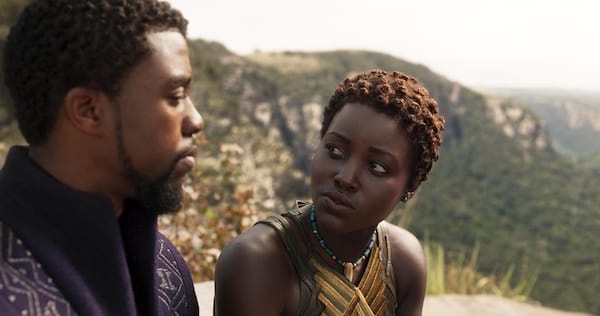 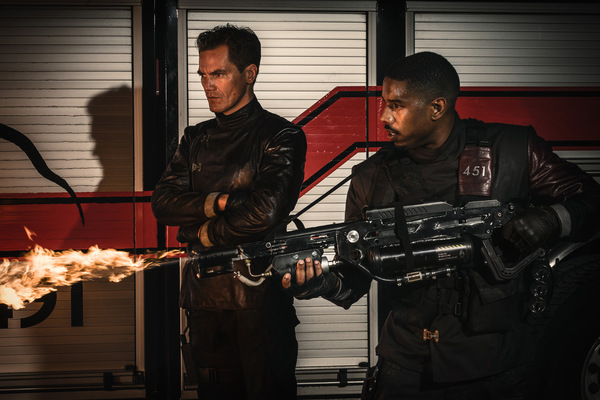 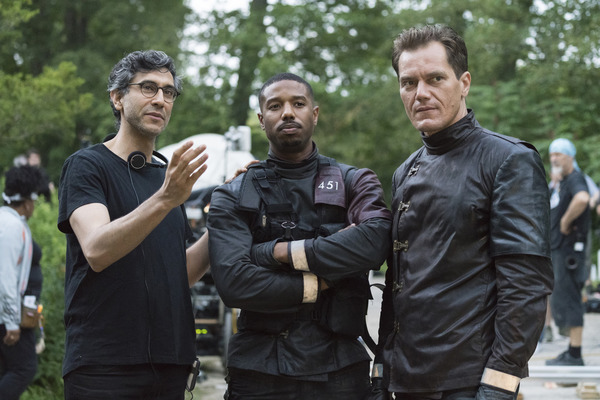 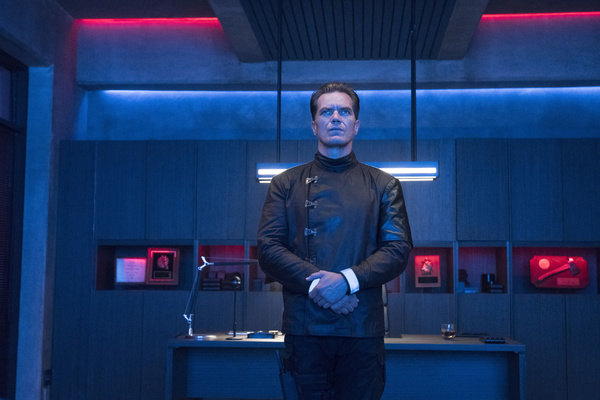