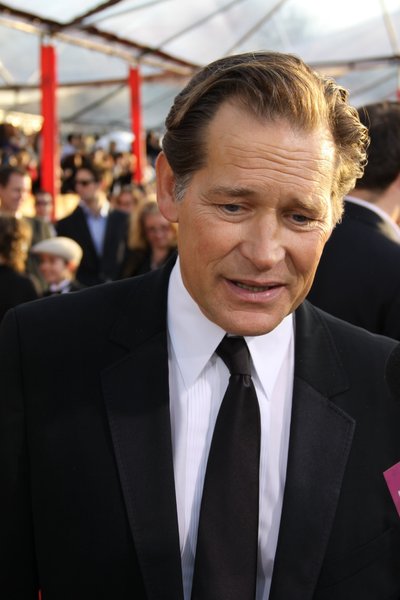 William James Remar (born December 31, 1953), known professionally as James Remar, is an American actor and voice actor. He played the on-off tycoon boyfriend of Kim Cattrall's character in Sex and the City, Ajax in The Warriors, homicidal maniac Albert Ganz in the 1982 thriller 48 Hrs., Dutch Shultz in The Cotton Club, Lord Raiden in Mortal Kombat: Annihilation, Giuseppe Salvatore in Vampire Diaries, and Harry Morgan in Dexter. Since 2009, he has done voiceover work in ads for Lexus luxury cars.

Remar was born in Boston, Massachusetts, the son of S. Roy Remar, an attorney, and Elizabeth Mary, a mental health state official. His mother was from West Kirby, England.

He has spent the majority of his film career playing villains. He is known for his roles as the aggressively sexual and violent character Ajax in the 1979 cult film The Warriors where in a scene set in Central Park he shockingly grabs lady cop Mercedes Ruehl's breasts before being handcuffed and as the murdering sociopath Albert Ganz in the 1982 hit 48 Hrs. (both films were directed by Walter Hill and co-starred David Patrick Kelly, whose character is named Luther in both). In 1980, he starred in the film Windwalker, as the young Windwalker, and also portrayed a gay man in the film Cruising. Remar played real-life 1930s-era gangster Dutch Schultz in the 1984 film The Cotton Club.

Remar has two children with Atsuko Remar, from whom he is separated.