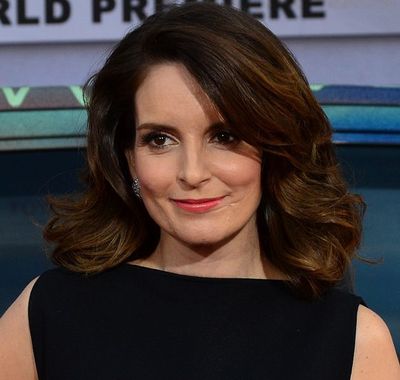 Fey broke into comedy as a featured player in the Chicago-based improvisational comedy group The Second City. She then joined SNL as a writer, later becoming head writer and a performer, known for her position as co-anchor in the Weekend Update segment. In 2004 she adapted the screenplay Mean Girls in which she also co-starred. After leaving SNL in 2006, she created the television series 30 Rock, a situation comedy loosely based on her experiences at SNL. In the series, Fey portrays the head writer of a fictional sketch comedy series. In 2008, she starred in the comedy film Baby Mama, alongside former SNL co-star Amy Poehler. Fey next appeared alongside Steve Carell in the 2010 comedy film Date Night and with Will Ferrell in the animated film Megamind.

Fey has received eight Emmy Awards, two Golden Globe Awards, five Screen Actors Guild Awards, four Writers Guild of America Awards and has been nominated for a Grammy Award for her autobiographical book Bossypants, which topped the The New York Times Best Seller list for five weeks. In 2008, the Associated Press gave Fey the AP Entertainer of the Year award for her satirical portrayal of Republican vice presidential candidate Sarah Palin in a guest appearance on SNL. In 2010, Fey was the recipient of the Mark Twain Prize for American Humor, the youngest-ever winner of the award. On January 13, 2013, Fey hosted the 70th Golden Globe Awards with her long-time friend and fellow comedian, Amy Poehler. Their performance was critically acclaimed. The duo hosted again the following year, generating the highest ratings for the annual ceremony in a decade.

Fey was born in Upper Darby, Pennsylvania – a home rule township west of Philadelphia. Her mother, Zenobia "Jeanne" (née Xenakes), is a brokerage employee, and her father, Donald Henry Fey, is a university grant-proposal writer. She has a brother, Peter, who is eight years older. Her mother is the daughter of Greek immigrants: Vasiliki Kourelakos, her grandmother, left Petrina on her own, arriving in the U.S. in February 1921. One of her third great-grandfathers was born in Kardamyla, Chios and was a survivor of the Chios Massacre. Fey's paternal ancestors can be traced in part to England; one of her fifth great-grandfathers was John Hewson (1744 – 1821), a textile manufacturer who emigrated to America with the support of Benjamin Franklin, enabling Hewson to quickly open a quilting factory in Kensington, Philadelphia. According to a genealogical DNA test arranged by Finding Your Roots, Fey is 94 percent European, 3 percent Middle Eastern, and 3 percent from the Caucasus.

Fey was exposed to comedy early:

"I remember my parents sneaking me in to see Young Frankenstein. We would also watch Saturday Night Live, or Monty Python, or old Marx Brothers movies. My dad would let us stay up late to watch The Honeymooners. We were not allowed to watch The Flintstones though: my dad hated it because it ripped off The Honeymooners. I actually have a very low level of Flintstones knowledge for someone my age."

Aged eleven, she read the 1981 Joe Franklin's Seventy Years of Great Film Comedians for a school project about comedy. She grew up watching Second City Television, and has cited Catherine O'Hara as a role model.

Fey attended Cardington-Stonehurst Elementary School and Beverly Hills Middle School in Upper Darby. By middle school, she knew she was interested in comedy, doing an independent-study project on the subject in eighth grade. Fey attended Upper Darby High School, where she was an honor student, a member of the choir, drama club, and tennis team, and co-editor of the school's newspaper, The Acorn. She also anonymously wrote the newspaper's satirical column, The Colonel. Following her graduation in 1988, Fey enrolled at the University of Virginia, where she studied playwriting and acting. She graduated in 1992 with a Bachelor of Arts degree in drama.

While performing shows with The Second City in 1997, Fey submitted several scripts to NBC's variety show Saturday Night Live (SNL), at the request of its head writer Adam McKay, a former performer at Second City. She was hired as a writer for SNL following a meeting with SNL creator Lorne Michaels, and moved to New York. Fey told The New Yorker, "I’d had my eye on the show forever, the way other kids have their eye on Derek Jeter." Originally, Fey "struggled" at SNL. Her first sketch to air starred Chris Farley in a Sally Jessy Raphael satire. Fey went on to write a series of parodies, including one of ABC's morning talk show The View. She co-wrote the "Sully and Denise" sketches with Rachel Dratch, who plays one of the teens.

Fey played an extra in one of the episodes in 1998, and after watching herself, decided to diet and lost 30 pounds. She told The New York Times, "I was a completely normal weight. But I was here in New York City, I had money and I couldn't buy any clothes. After I lost weight, there was interest in putting me on camera." In 1999, McKay stepped down as head writer, which led Michaels to approach Fey for the position. She became SNL's first female head writer.

In 2002, Fey suggested a pilot episode for asituation comedy about a cable news network to NBC, who rejected it. The pilot was reworked to revolve around an SNL style series, and was accepted by NBC. She signed a contract with NBC in May 2003, which allowed her to remain in her SNL head writer position at least through the 2004–2005 television season. As part of the contract, Fey was to develop a prime-time project to be produced by Broadway Video and NBC Universal. The pilot, directed by Adam Bernstein, centered on the head writer of a variety show and how she managed her relationships with the show's volatile star and its executive producer. In October 2006, the pilot aired on NBC as 30 Rock. Although the episode received generally favorable reviews, it finished third in its timeslot.

In 2002, Fey appeared in the surreal comedy Martin & Orloff. She made her debut as writer and co-star of the 2004 teen comedy Mean Girls. Characters and behaviors in the movie are based on Fey's high school life at Upper Darby High School and on the non-fiction book Queen Bees and Wannabes by Rosalind Wiseman. The cast includes other past cast members of SNL including Tim Meadows, Ana Gasteyer, and Amy Poehler. The film received favorable reviews, and was a box office success, grossing US$129 million worldwide.

In 1994, two years after she joined Chicago's Second City improvisational theatre troupe, she began dating Jeff Richmond, a piano player who later became Second City's musical director and then a composer on 30 Rock. They married in a Greek Orthodox ceremony on June 3, 2001. They have two daughters: Alice Zenobia Richmond (born September 10, 2005) and Penelope Athena Richmond (born August 10, 2011). In April 2009, Fey and Richmond purchased a US$3.4 million apartment on the Upper West Side in New York City. 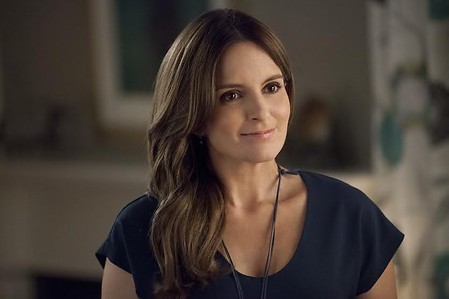 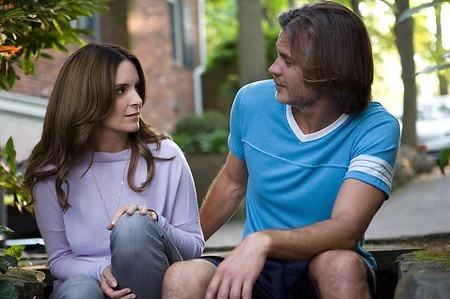 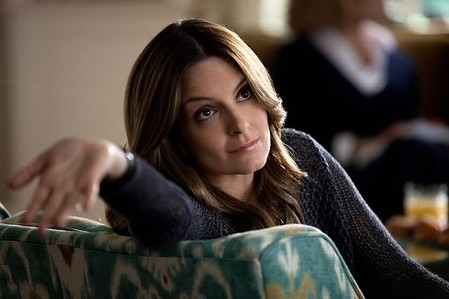 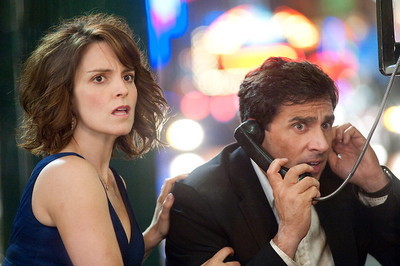