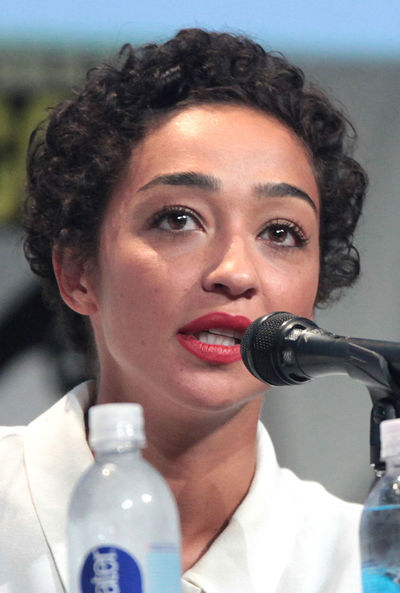 Ruth Negga (born 1982) is an Ethiopian-Irish actress known for her appearances in films such as Capital Letters (2004) (also released as Trafficked in some countries), Isolation (2005) and Breakfast on Pluto (2005), in the BBC mini-series Criminal Justice, RTÉ's Love/Hate, E4's Misfits, and ABC's Marvel's Agents of S.H.I.E.L.D.

Negga was born in Addis Ababa, Ethiopia, in 1982 to an Irish mother and an Ethiopian father, and lived in the country until she was four. She is an only child, but has a large family on her mother's side. Her father died in a car accident when she was seven. Raised in Limerick, she has lived in London since 2006.

Negga trained at the Samuel Beckett Centre at Trinity College, Dublin, graduating with a BA in Acting Studies.

Negga made her screen debut in the Irish film Capital Letters (2004), playing the lead role of Taiwo. She went on to play the lead role of Mary in Isolation (2005). Prior to this she had been working mostly in theatre.

After seeing Negga act, director Neil Jordan changed the script to Breakfast on Pluto so that she could appear in the movie. She has also starred in Colour Me Kubrick (2005), with John Malkovich, and the short films The Four Horsemen, 3-Minute 4-Play and Stars.

On television Negga has appeared in Doctors, Criminal Justice and the Irish series Love Is the Drug. She also played the lead role of Doris "Sid" Siddiqi in the BBC Three series Personal Affairs, alongside Laura Aikman, Annabel Scholey and Maimie McCoy. Negga also appeared as Dame Shirley Bassey in the BBC production Shirley in 2011, and won the IFTA Award for Best Actress (Television) for her performance.

Negga's theatre work includes roles in Duck, Titus Andronicus and Lay Me Down Softly. As of 2007 she began working with the Irish theatrical group Pan Pan Theatre. In 2010, she played Ophelia in the National Theatre's production of Hamlet.

Negga has also provided voice acting in the video game Dark Souls II, playing Shanalotte, otherwise known as "the Emerald Herald". Shanalotte is a key character in the game, providing guidance to the player as well as permitting the player to develop their character in exchange for collected souls.

In 2013, it was announced that Negga had been booked for a recurring role as Raina on the American TV series Agents of S.H.I.E.L.D.. In 2013, she appeared in Steve McQueen's Oscar-winning 12 Years a Slave. In March 2015, Negga was cast in the role of Tulip O'Hare in AMC fantasy drama series Preacher and will portray Lady Taria in Warcraft.